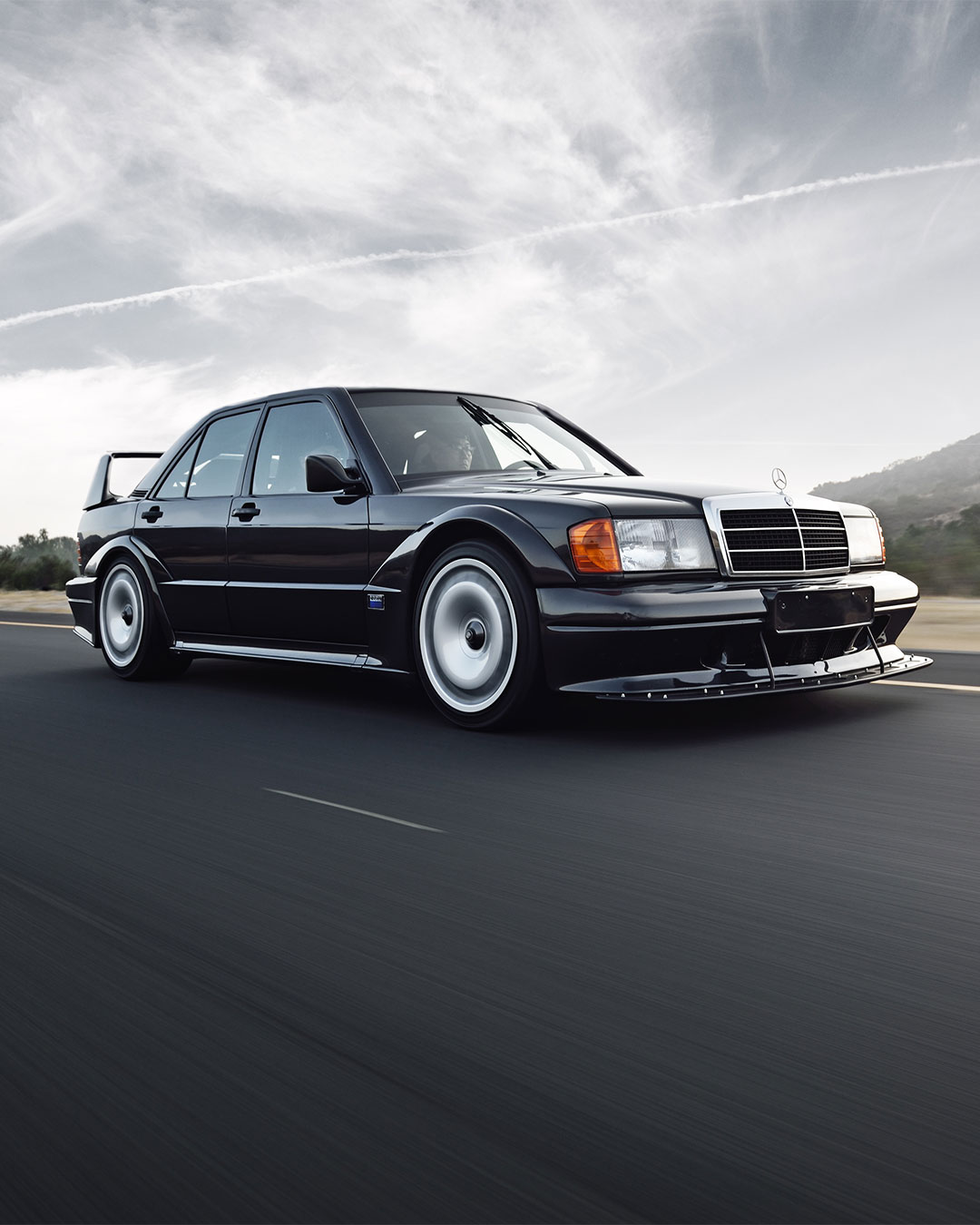 Of the cars homologated for the German Touring Car Championship (DTM) in the late 1980s, BMW’s M3 is credited for some of the Motorsports Division’s finest work.  However, BMW’s fiercest competitor also produced its own incredible homologation special.  That car is the Mercedes-Benz 190 E 2.3-16 Cosworth.

The partnership between famed engineering firm Cosworth and Mercedes-Benz began as a project to compete in Group B with the 190 E.  However, the domination of the all-wheel-drive Audi Quattro quickly put the project on hold.

Mercedes-Benz shifted focus toward touring car racing.  The W201 chassis was beefed up with larger anti-roll bars, harder bushings, limited-slip differential, quicker dampers, and a faster steering ratio.  Additionally, Getrag provided the five-speed dogleg gearbox to ensure fast and easy gear selection.  Cosworth took the standard M104 2.3-liter 8-valve engine and fitted a light alloy cylinder head along with dual-overhead cams and four valves per cylinder.  Continued development on the car resulted in an increase in engine displacement to 2.5 liters in 1988 and the Evolution variants of the 190 Cosworth.

The initial Evo model overhauled the platform into a thoroughbred racer by installing a tuned version of the 2.5-liter motor.  A higher rev limiter, 3.27:1 axle ratio, larger brakes, and better tires meant that the Evolution accelerated and stopped better than any 190 E.  Further enhancements included wider front and rear tracks, stiffer adjustable suspension, and revised bodywork.  For the Evo II model, Mercedes-Benz refined the developments of the Evo I.  Again, the engineers managed to squeeze out more power to an impressive 235 horsepower.  Brembo four-piston calipers were in charge of bringing the car to a rest.  The true highlight of the Evo II is the aero kit that features a towering rear spoiler, imposing fender flairs, and an even more aggressive front splitter.

The W201 chassis had finally reached the peak of success in 1992 when the Evo II took the overall victory in the 1992 DTM championship. 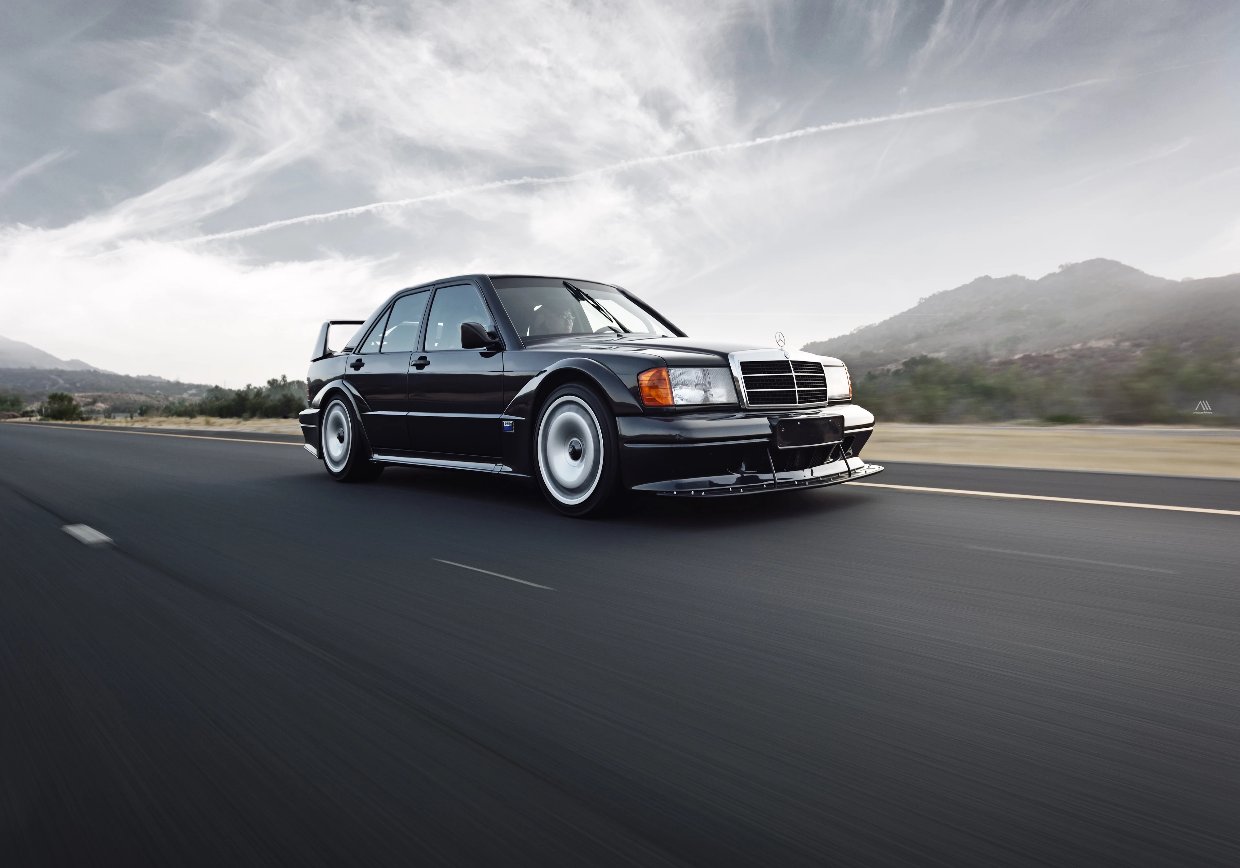 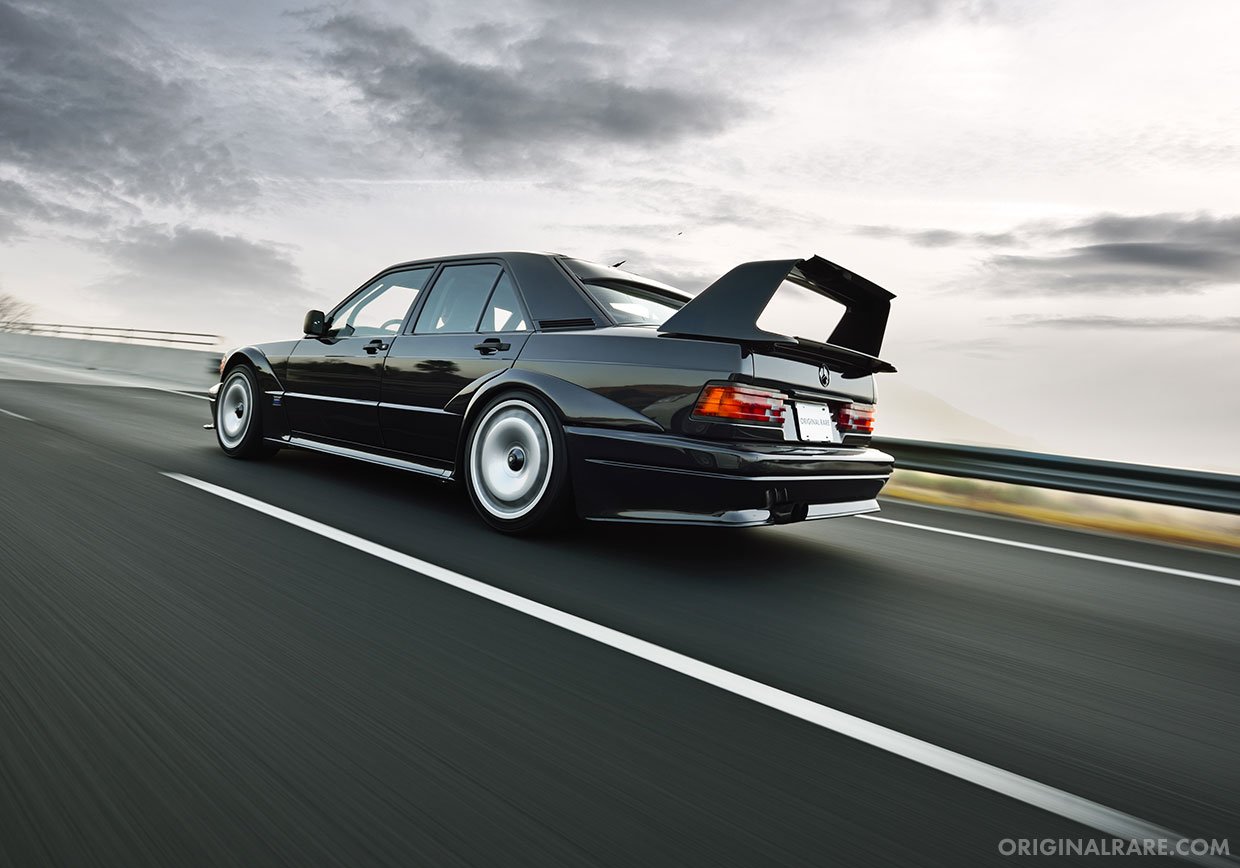 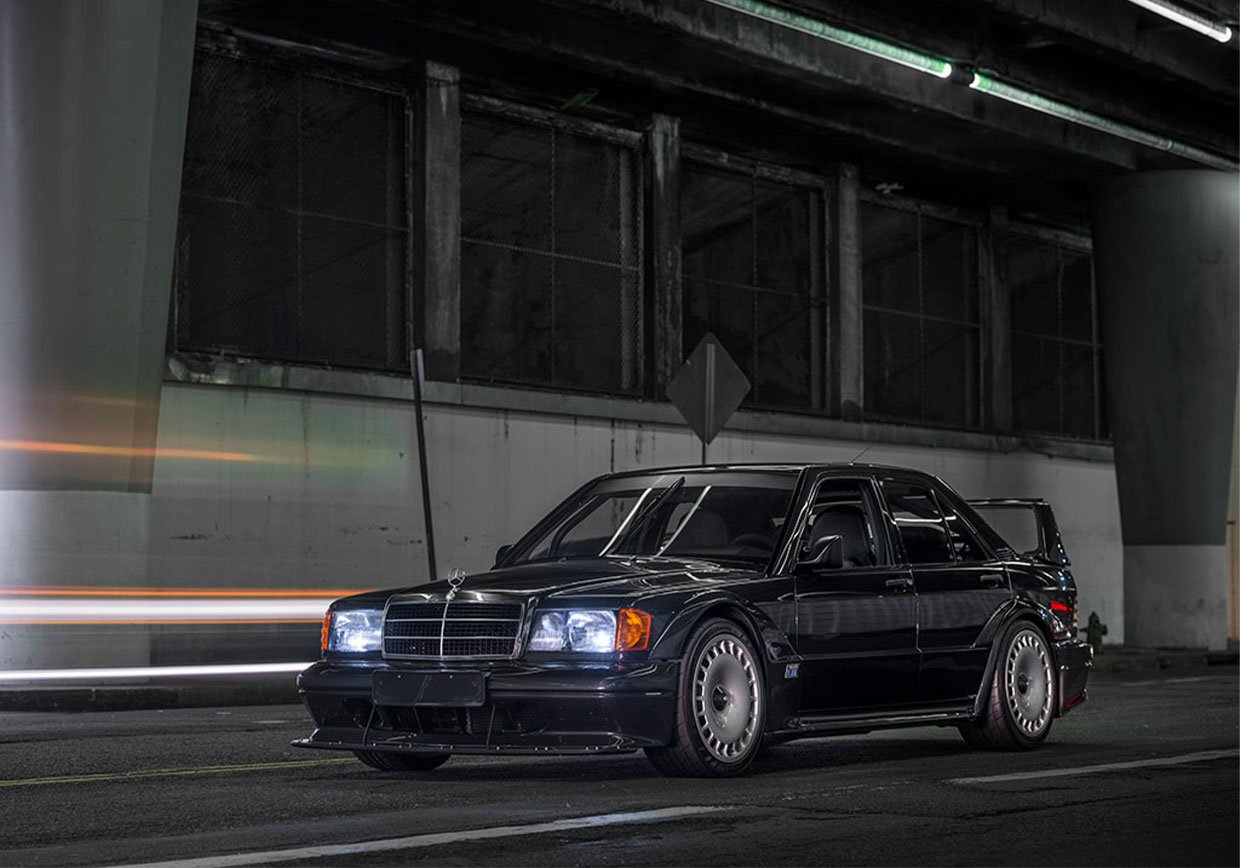 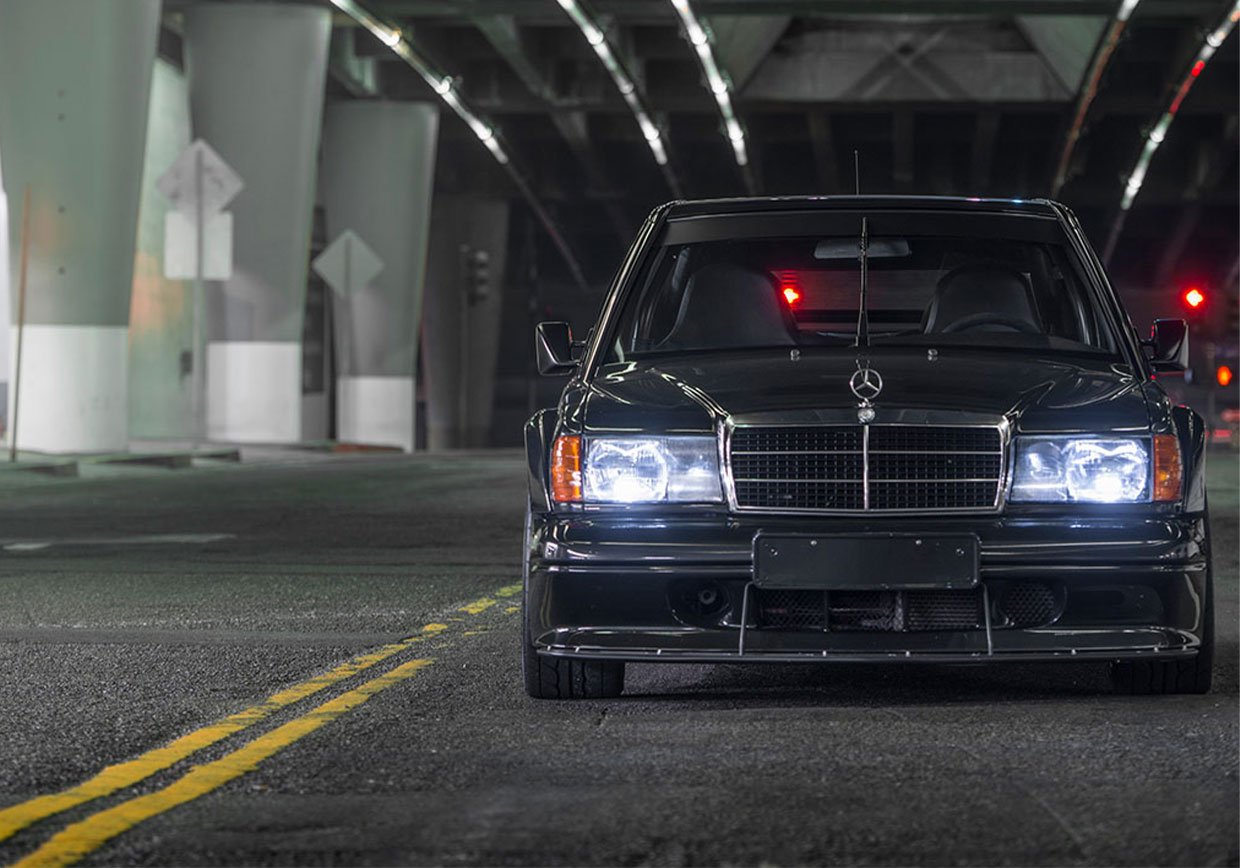 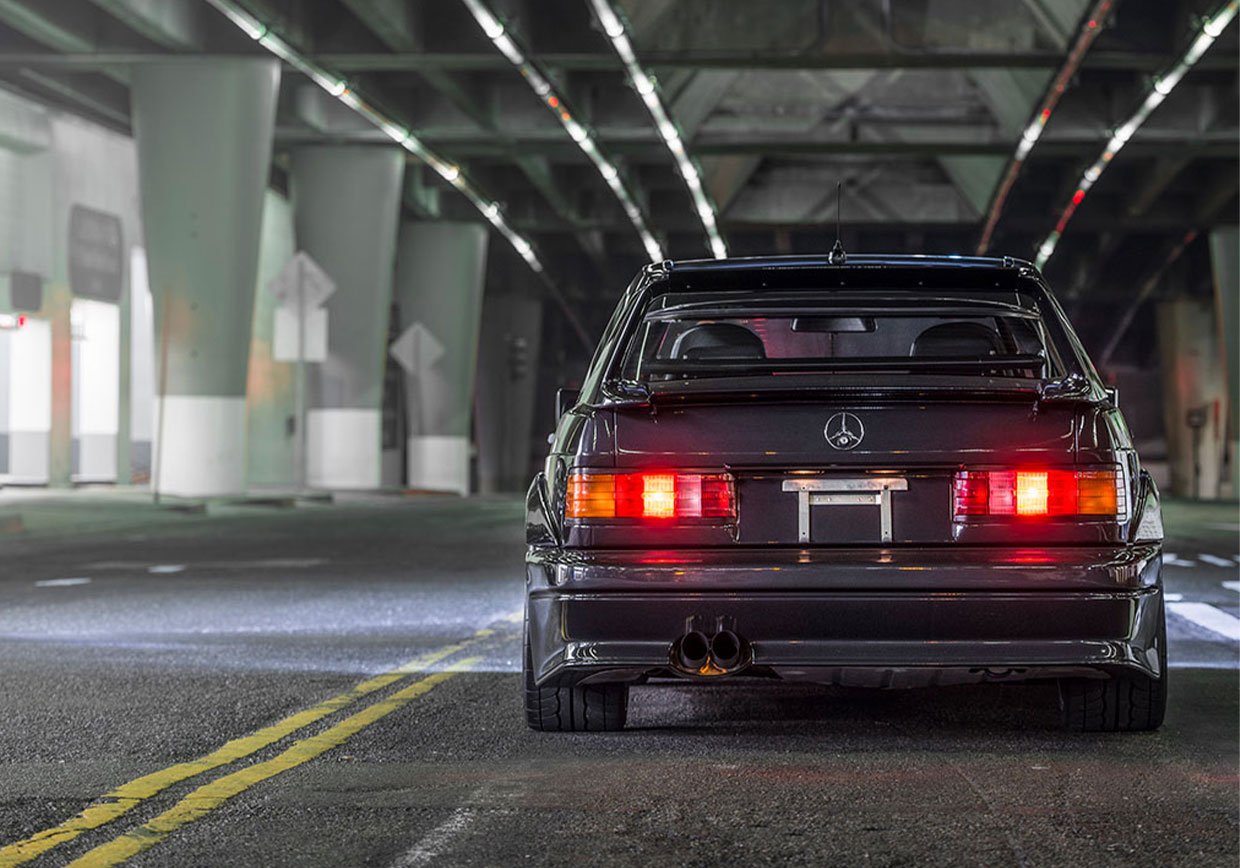 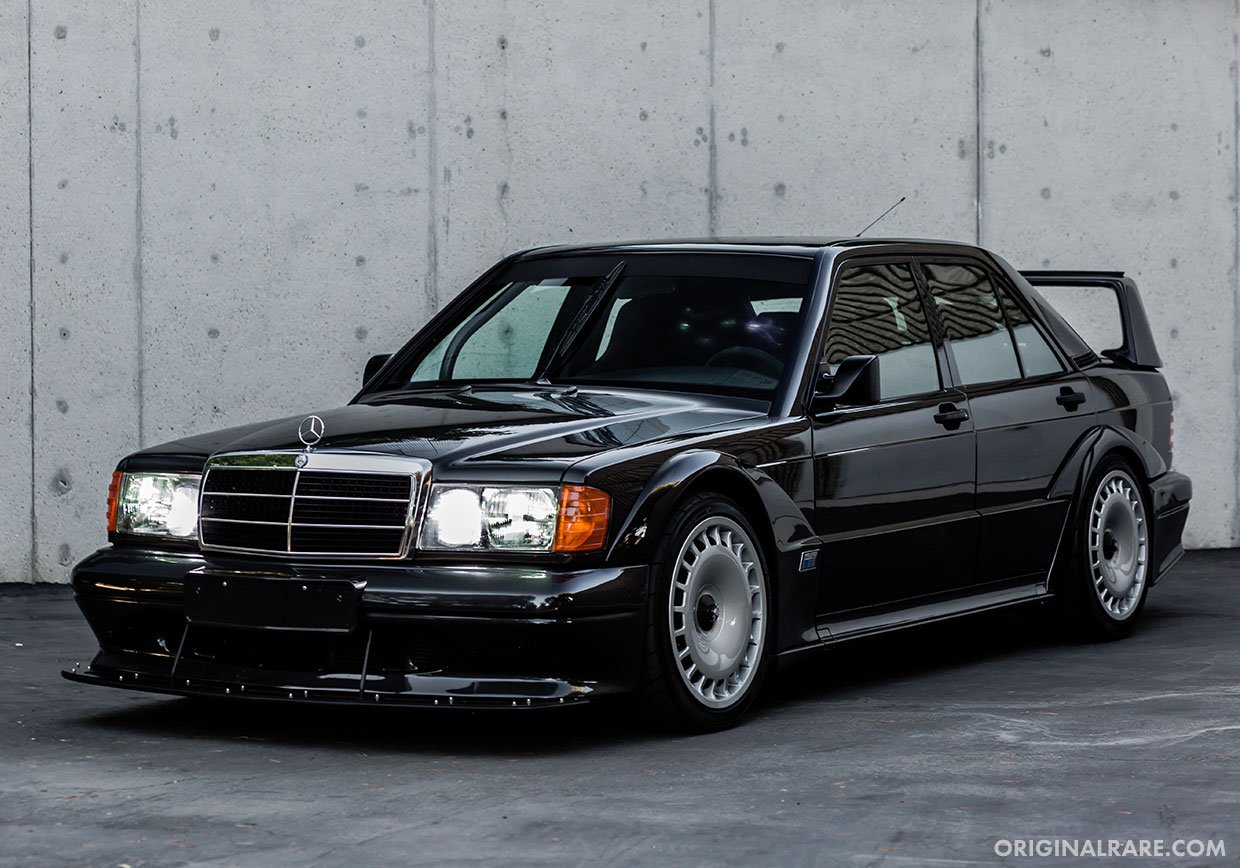 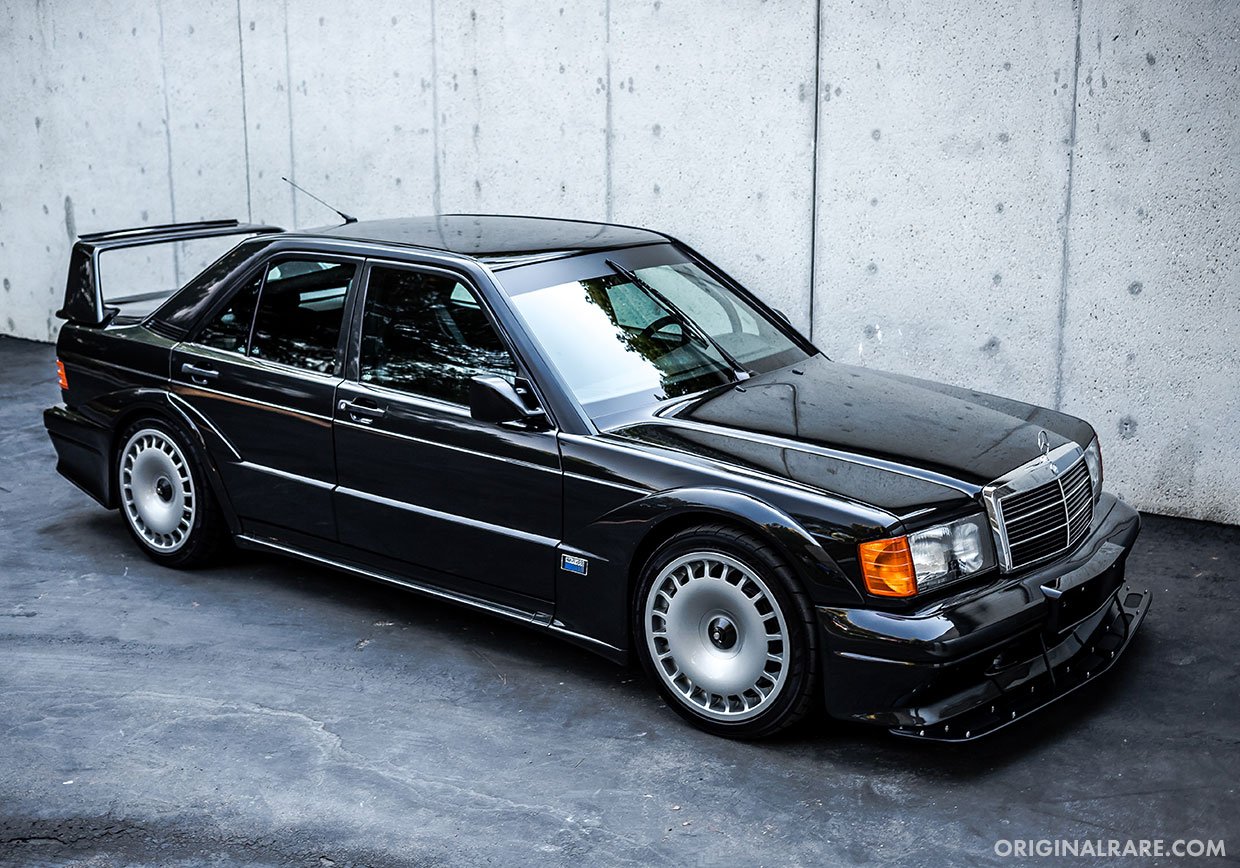 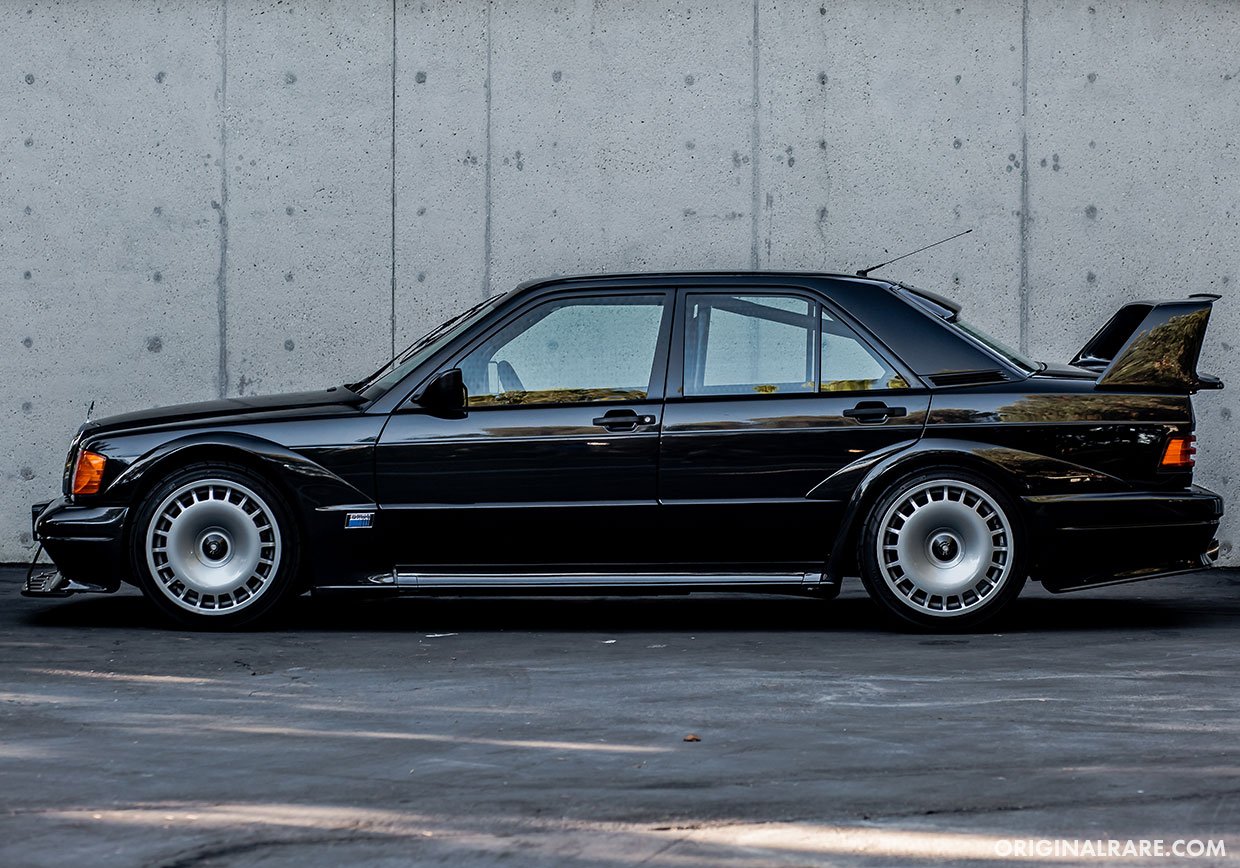 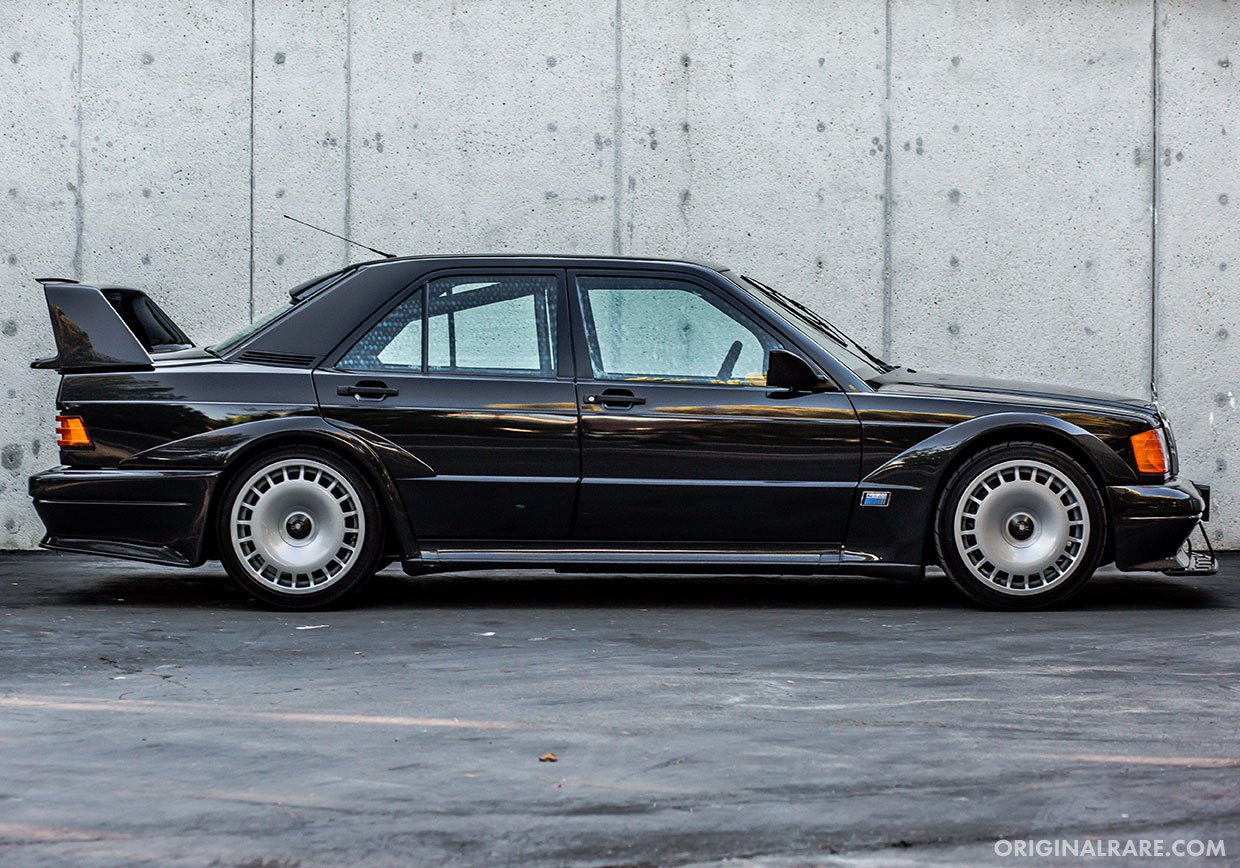 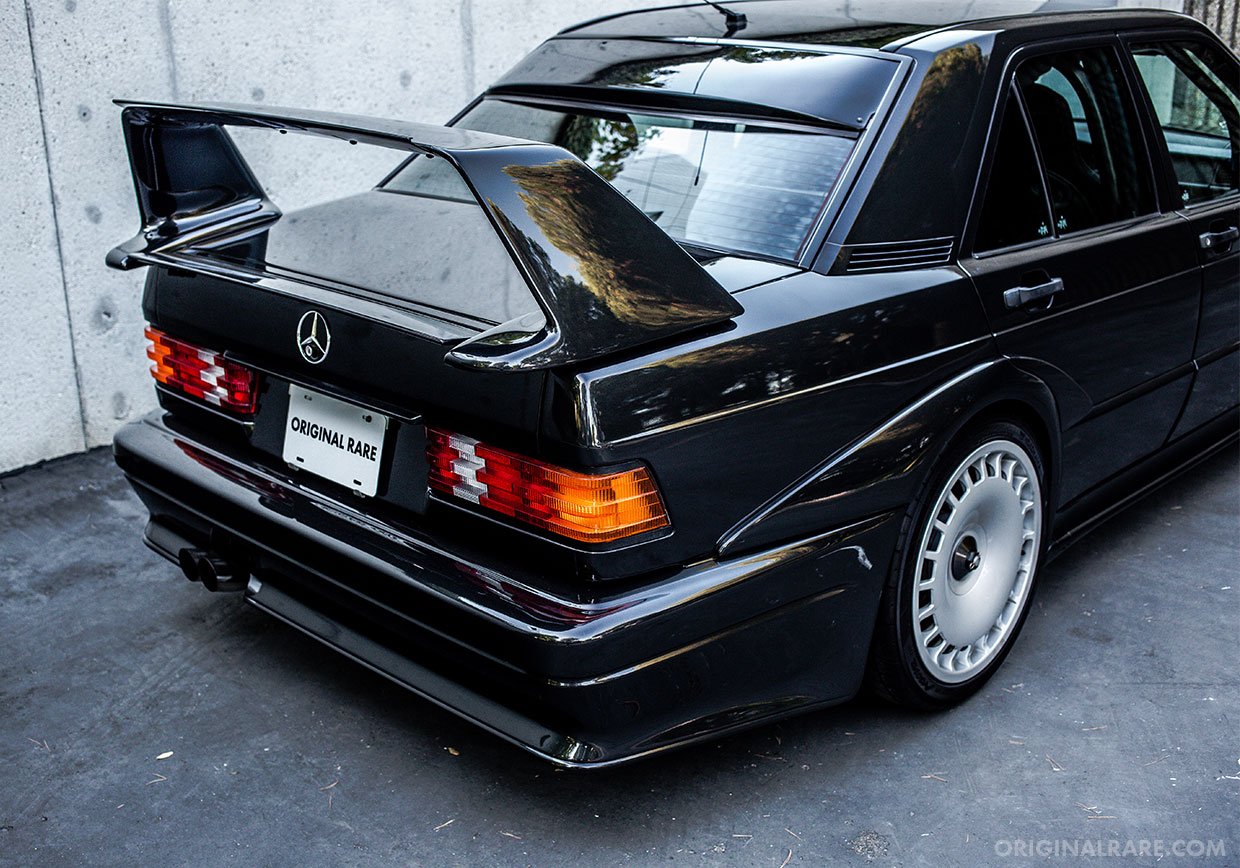 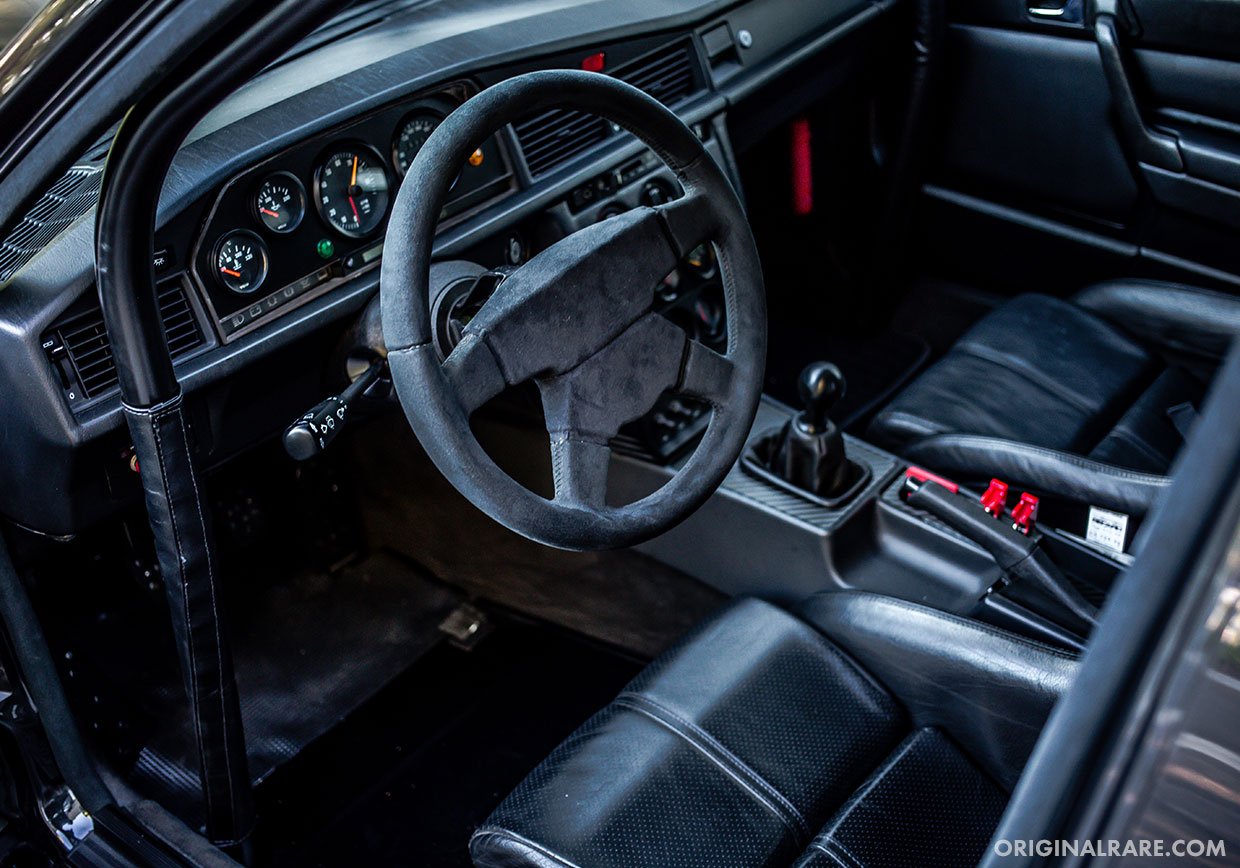 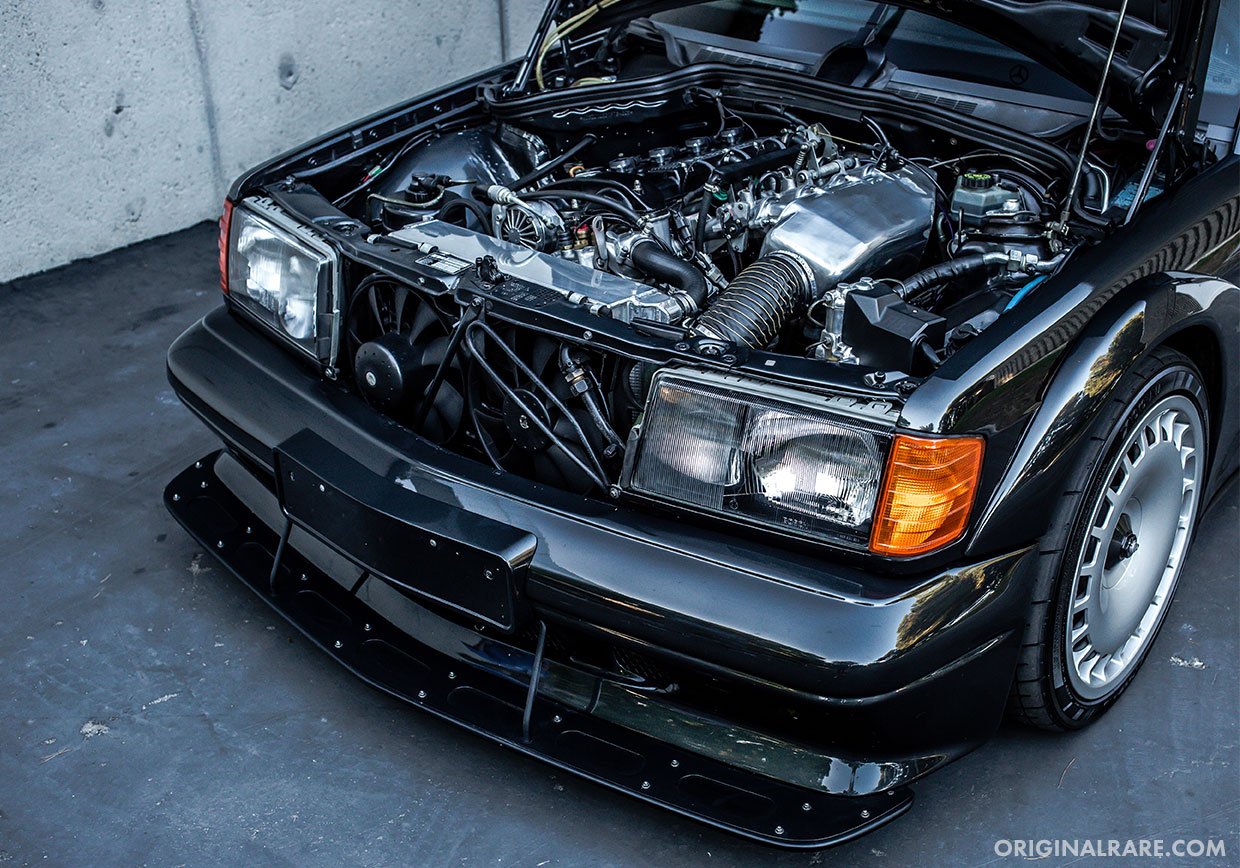 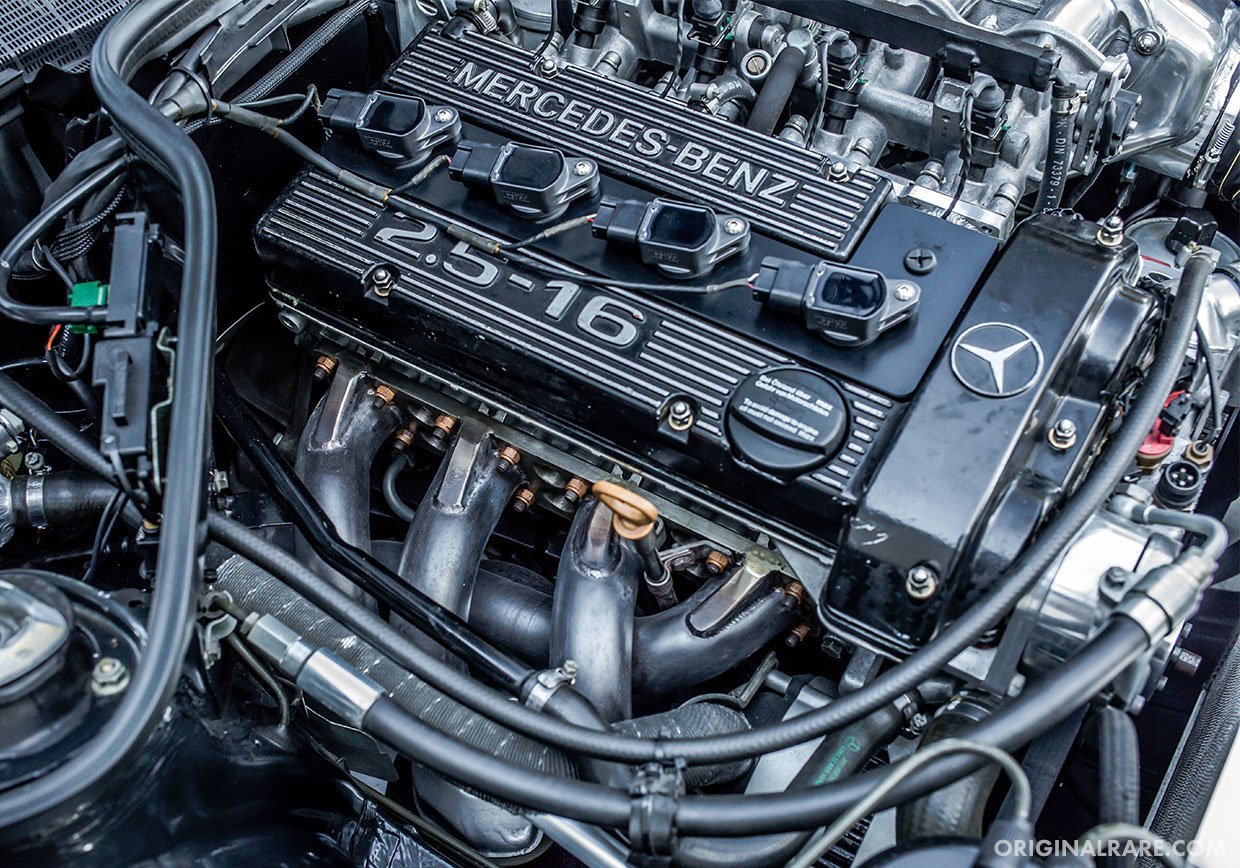 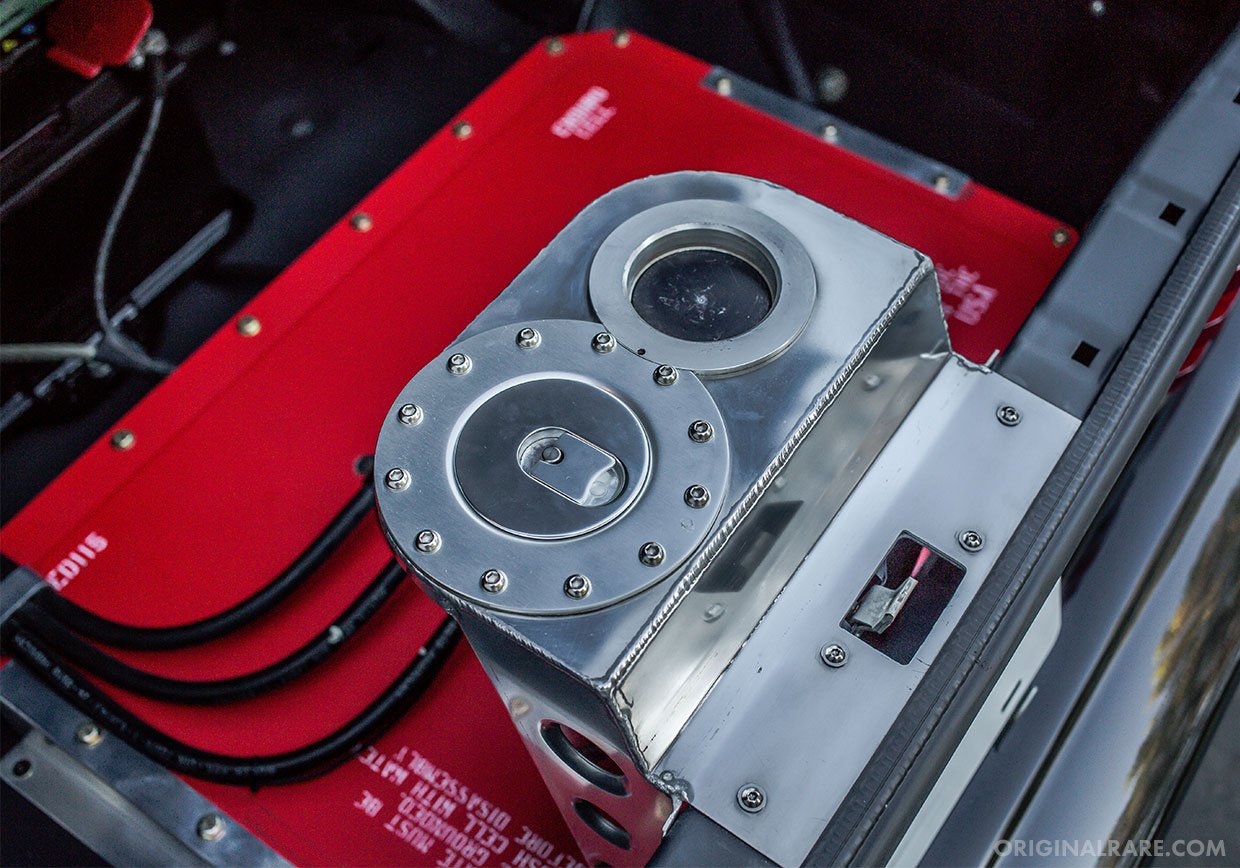 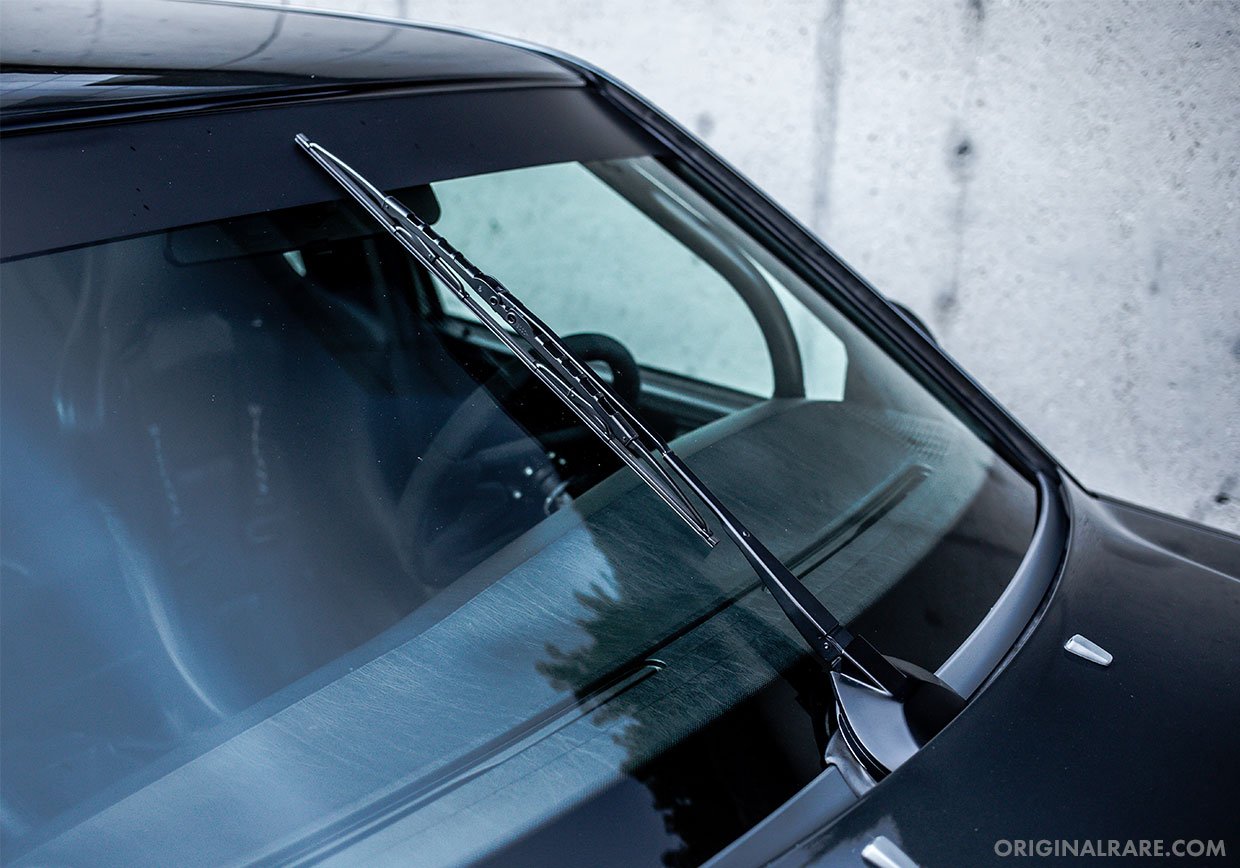 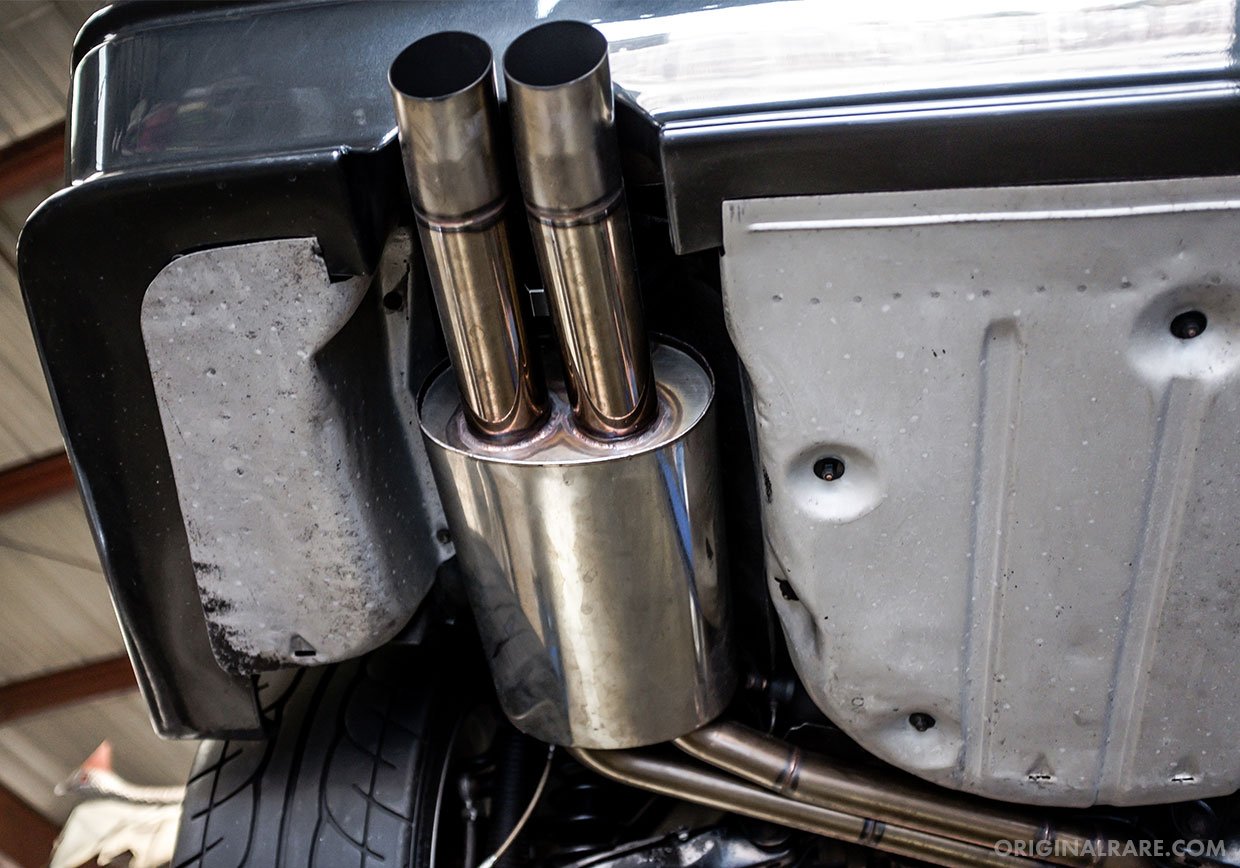 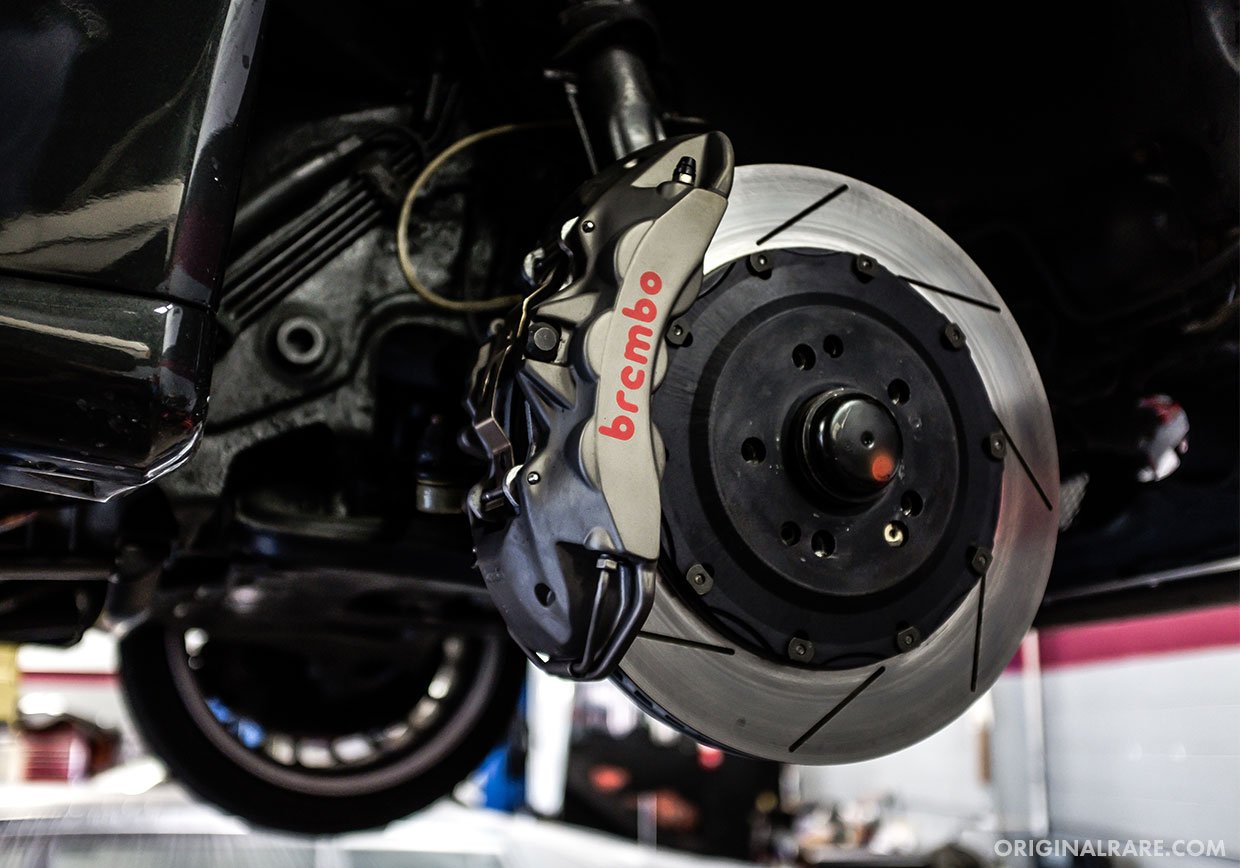 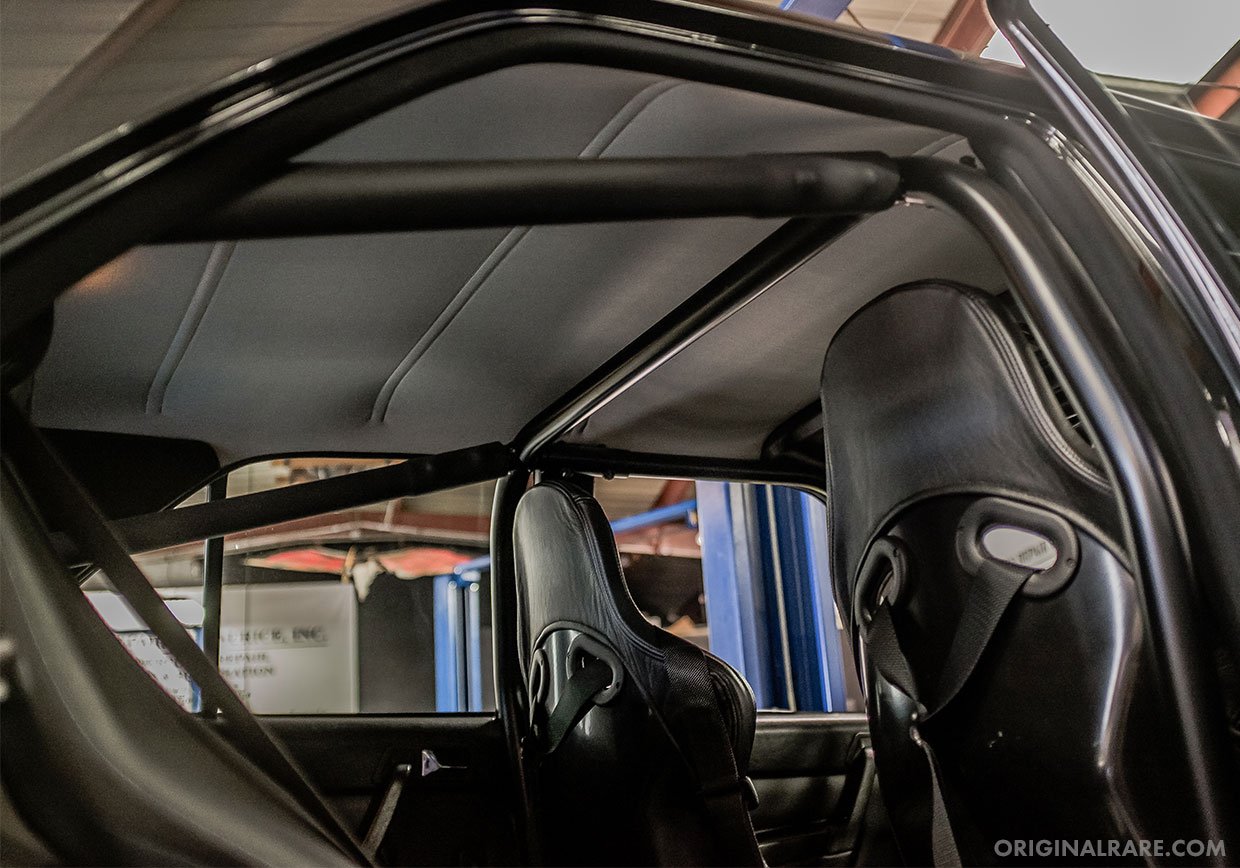