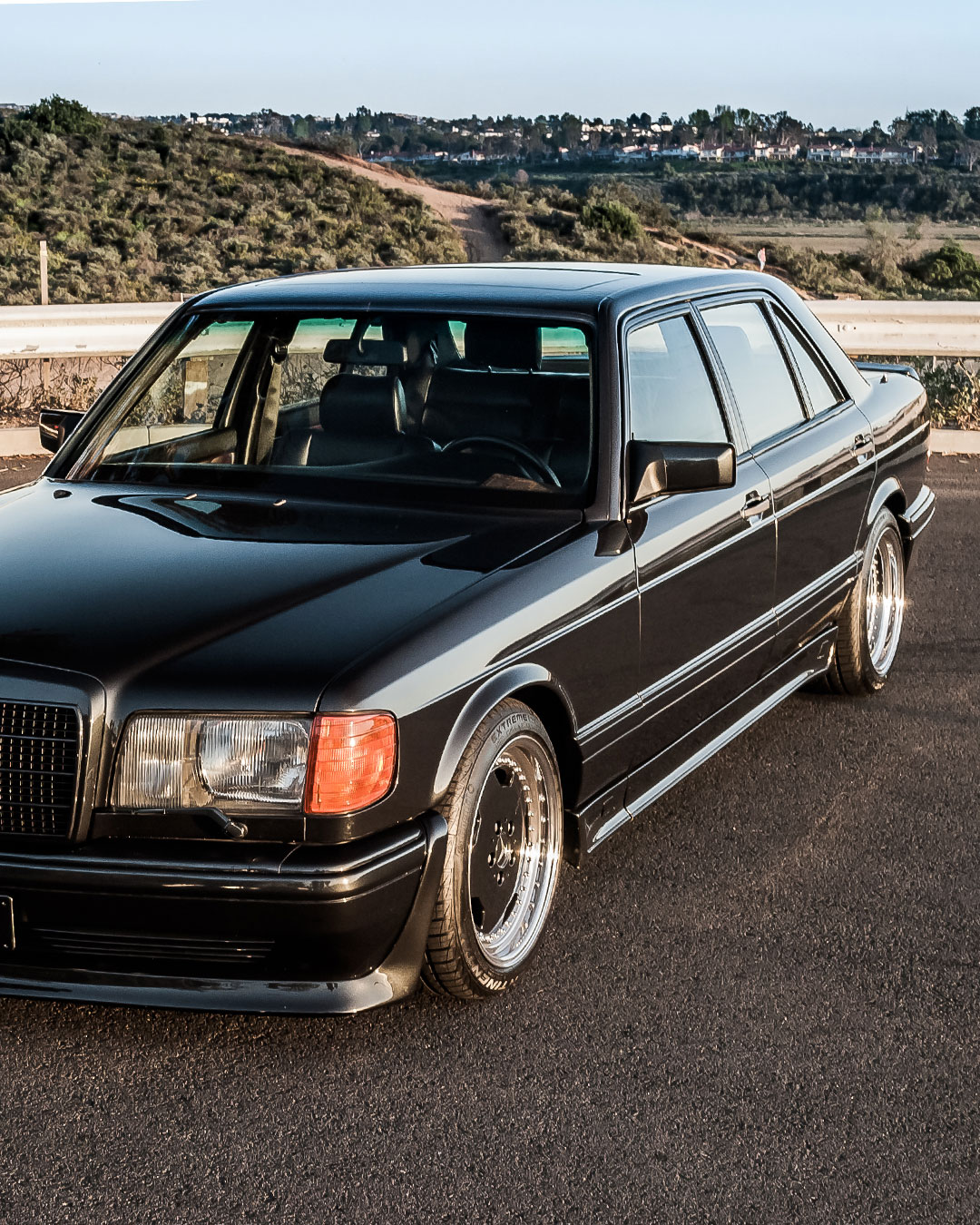 AMG today is known as the performance division of Mercedes-Benz, who creates some of the best driver’s vehicles in the world.  What many people don’t know is the story behind AMG and how a two-man operation turned into a global brand.  The letters “AMG” stand for Aufrecht, Melcher and Großaspach (Aufrecht’s birth town).  Hans-Werner Aufrecht and Erhard Melcher were two engineers working on the 300 SE racing engine for Mercedes in the 1960’s until the company discontinued all motorsport activities.  Aufrecht and Melcher were undeterred and continued to perfect the performance of the engine in their spare time.

In 1965, Manfred Schiek, a co-worker at Mercedes, won the German Touring Car Championship 10 times with the 300 SE engine that Aufrecht and Melcher developed.  For Aufrecht, the motorsport reputation was not enough and he aspired to offer the same racing performance to road vehicles.  In 1967, Aufrecht left Mercedes and persuaded Melcher to join him and start AMG.  They began tuning engines out of an old former mill in Burgstall and their reputation quickly grew amongst private racing teams.

AMG’s first success in racing as a company was in 1971 at the 24 Hours of Spa.  The AMG Mercedes 300 SEL 6.8 was the champion in its class and won second place overall.  AMG’s heavy luxury sedan, nicknamed the “Red Pig”, was faster and outpaced the competing lighter race cars.  This historical racing event spread the AMG name throughout the world.

With increased requests from customers for customized higher performance vehicles, AMG outgrew its old mill in Burgstall and moved to Affalterbach in 1976.  In 1984, AMG became an engine manufacturer due to an innovation by Melcher; he developed a completely independent cylinder head with four valves per cylinder.  In 1986, AMG transplanted a V8 from the W126 S-class into a W124 E-class. This legendary bored and modified engine would be nicknamed “The Hammer.”  The V8 powered E-class by AMG were among the first 4-door sedans to hit the 300 KM/H barrier, which was unheard of the in the 1980s.

In the late 1980s, Mercedes and AMG started to work together – first as an official racing partner.  The highlight of this period is the success story of the 190 (C-class).  The race car, which was put into the race by AMG with the support of the manufacturer, won a total of 50 DTM victories between 1988 and 1993.  With its continued success in motorsport and growing consumer demand in the 1990’s, Mercedes took a controlling interest in AMG in 1999 and then eventually became sole owner in 2005. 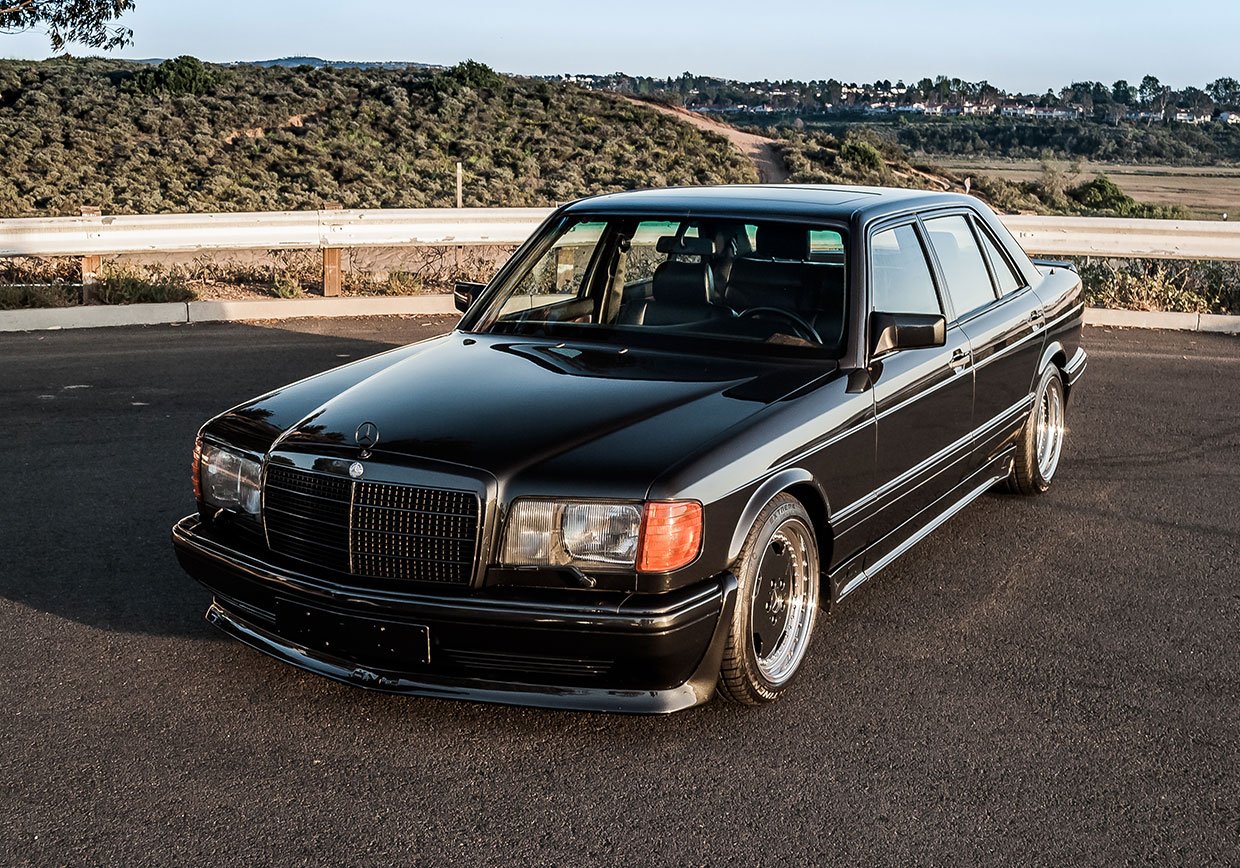 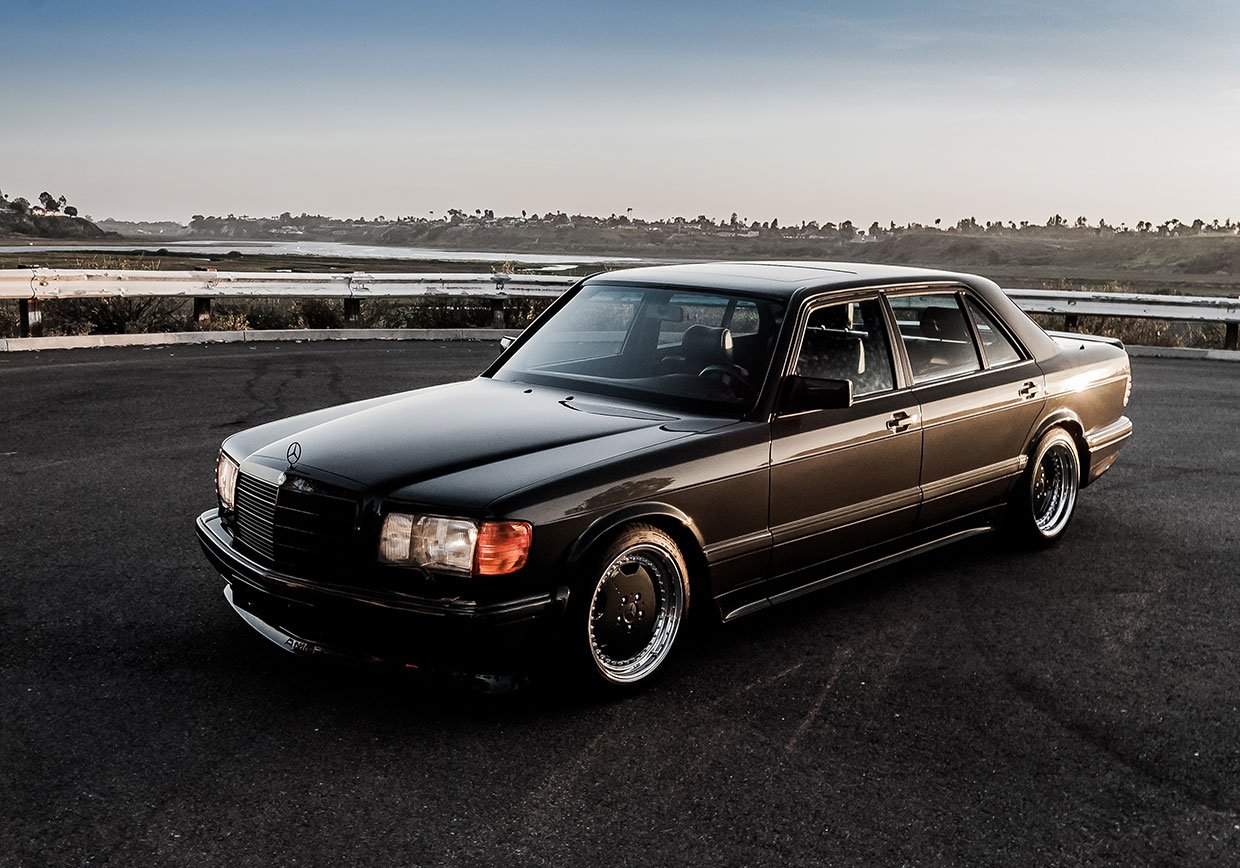 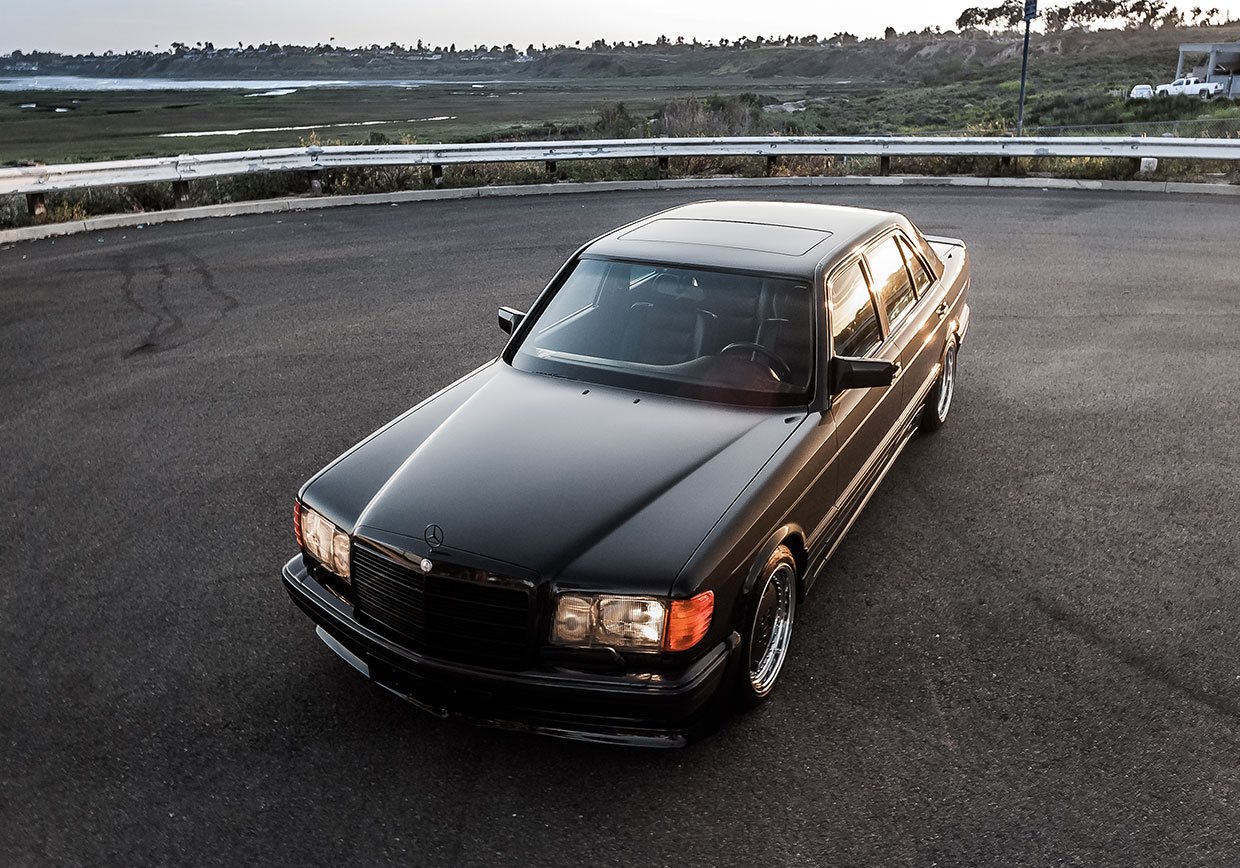 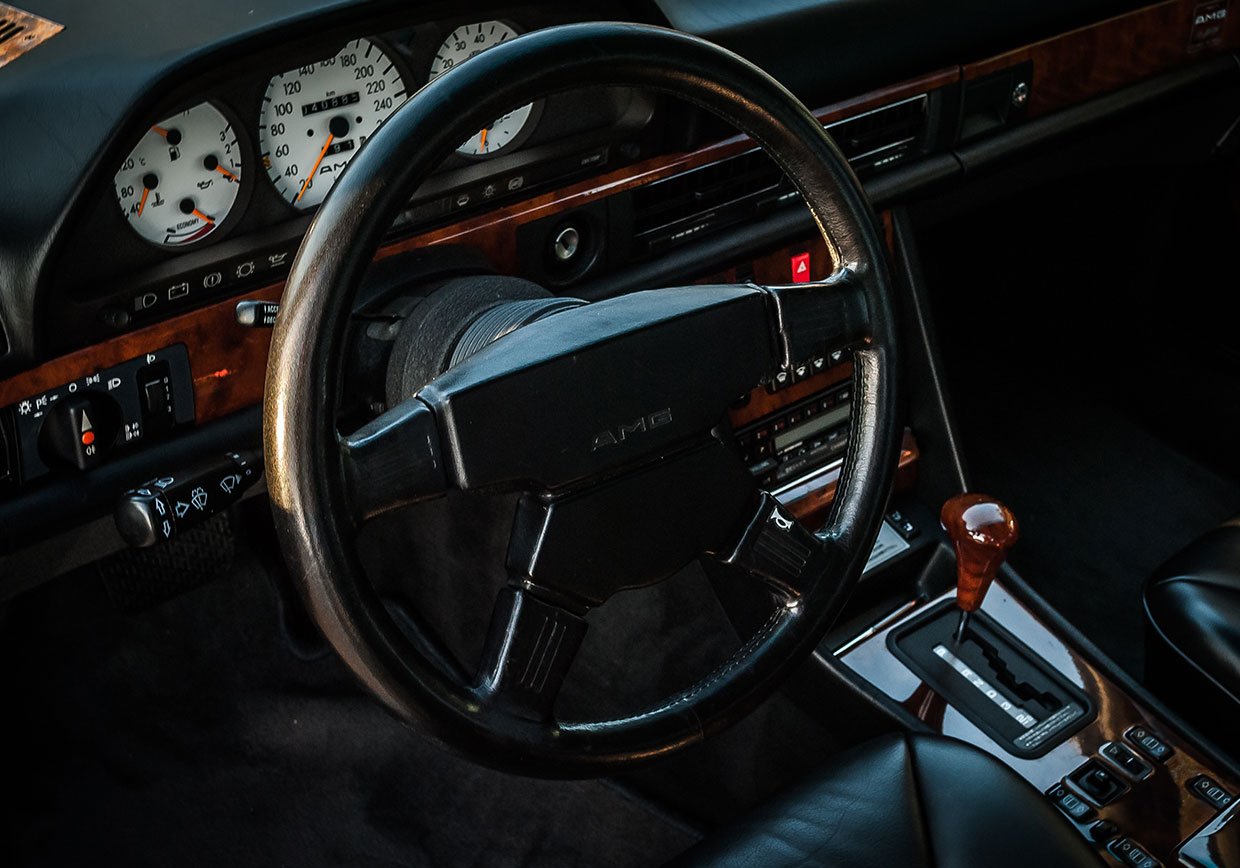 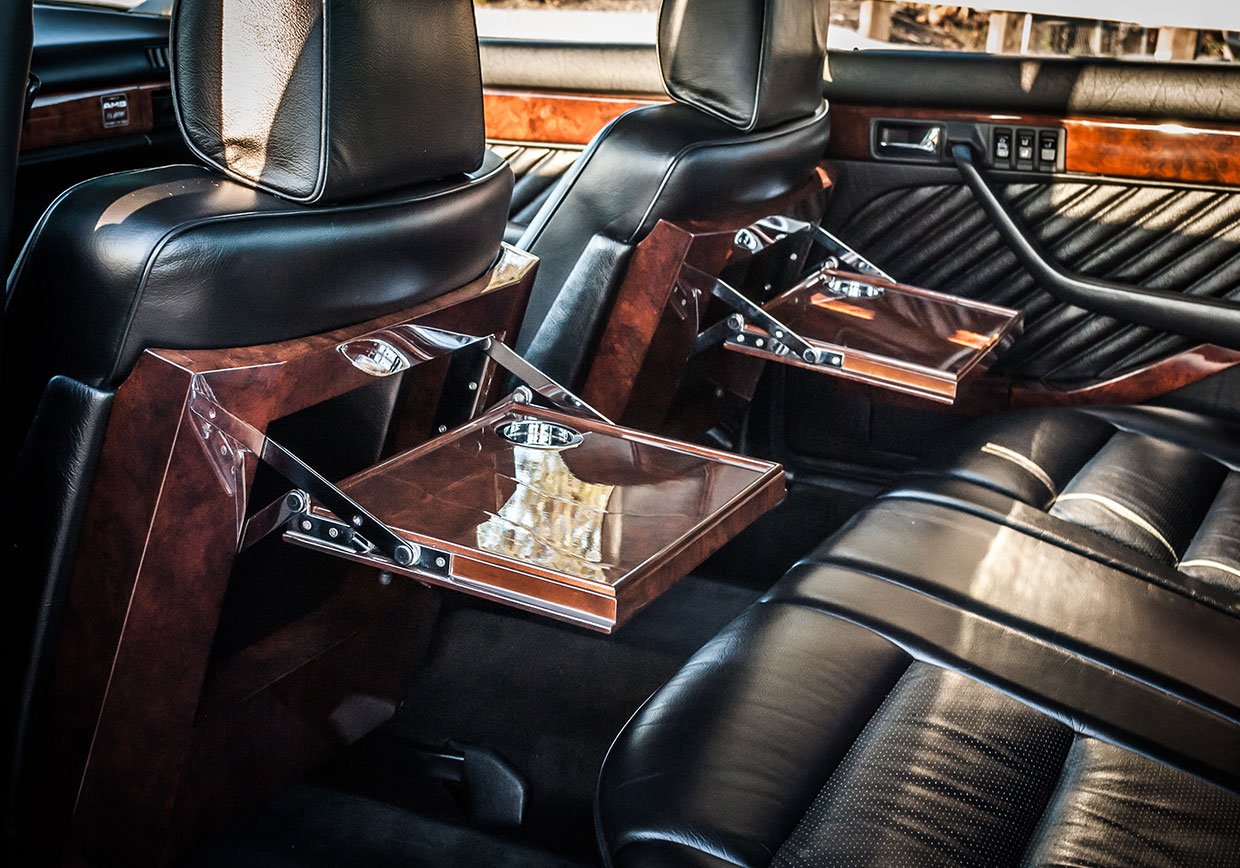 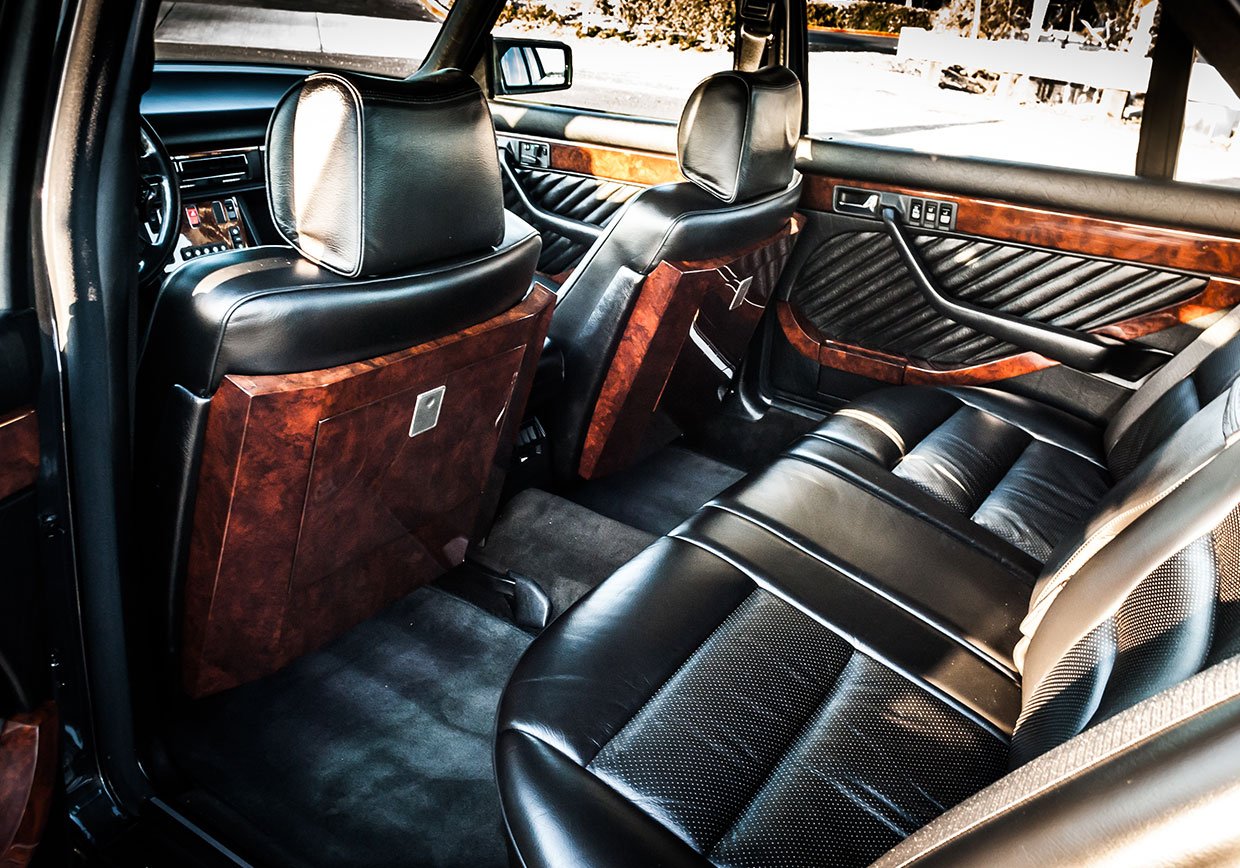 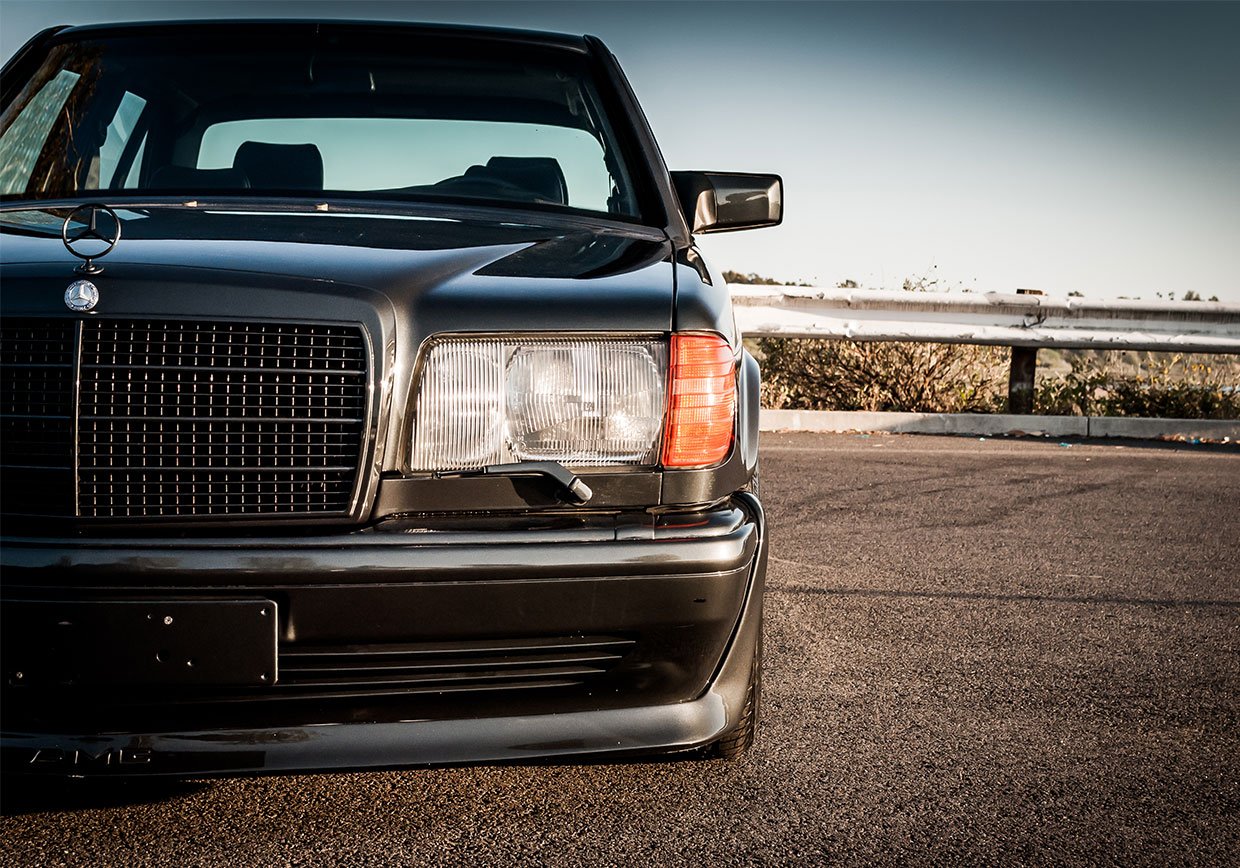 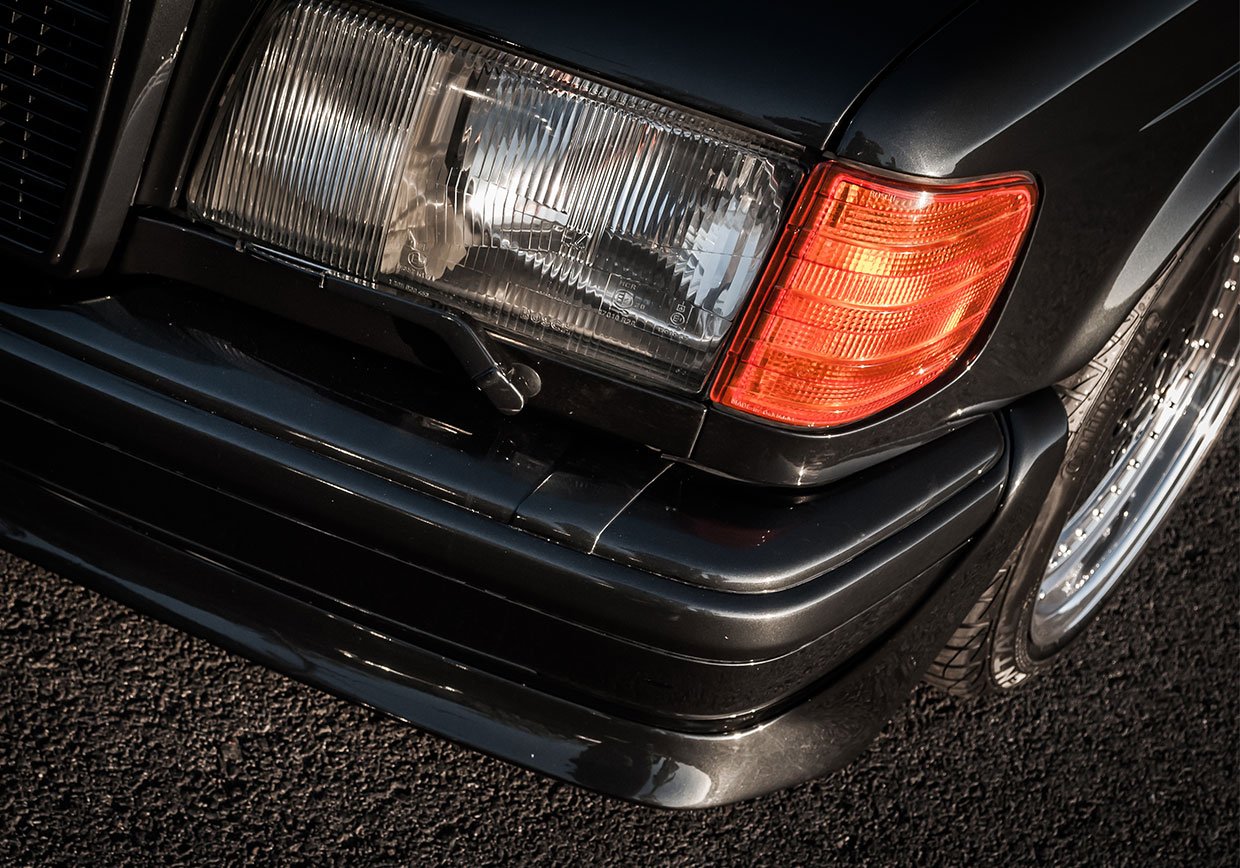 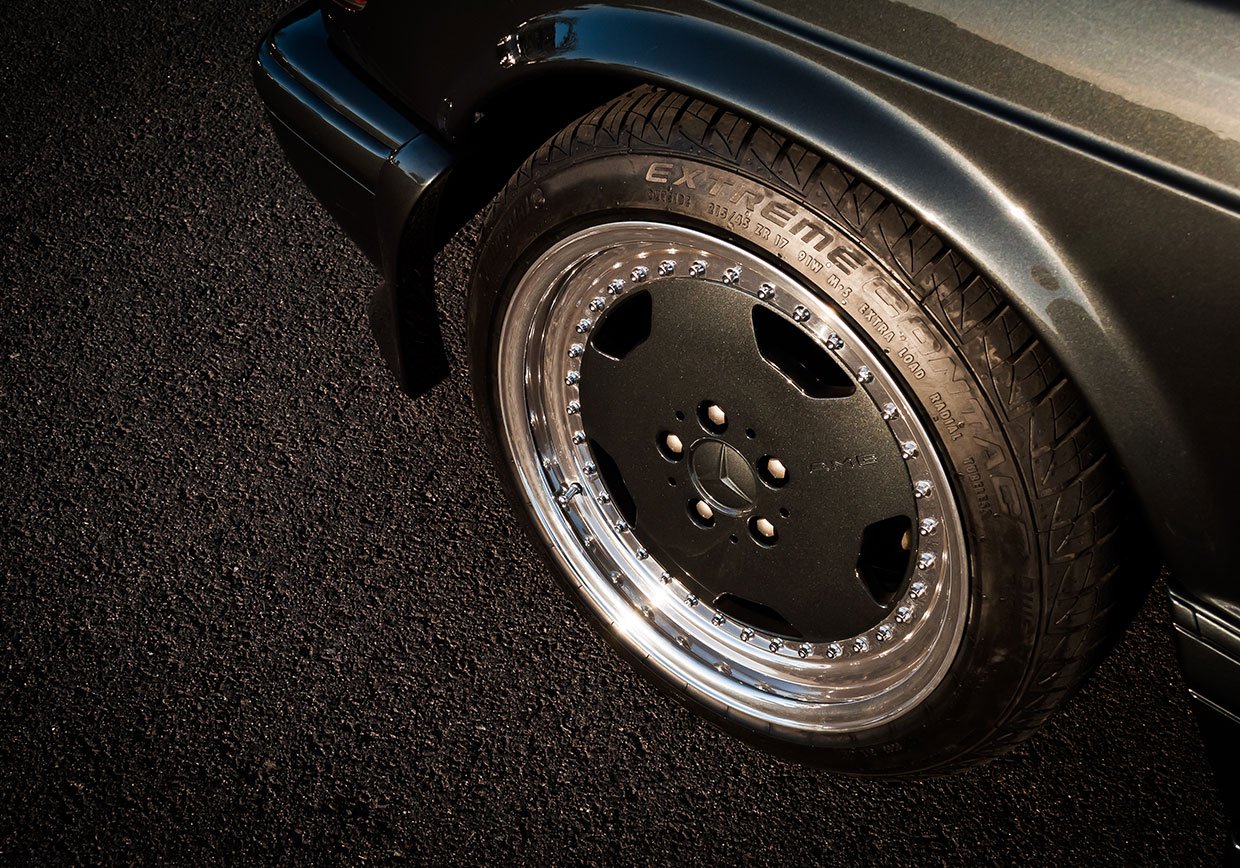 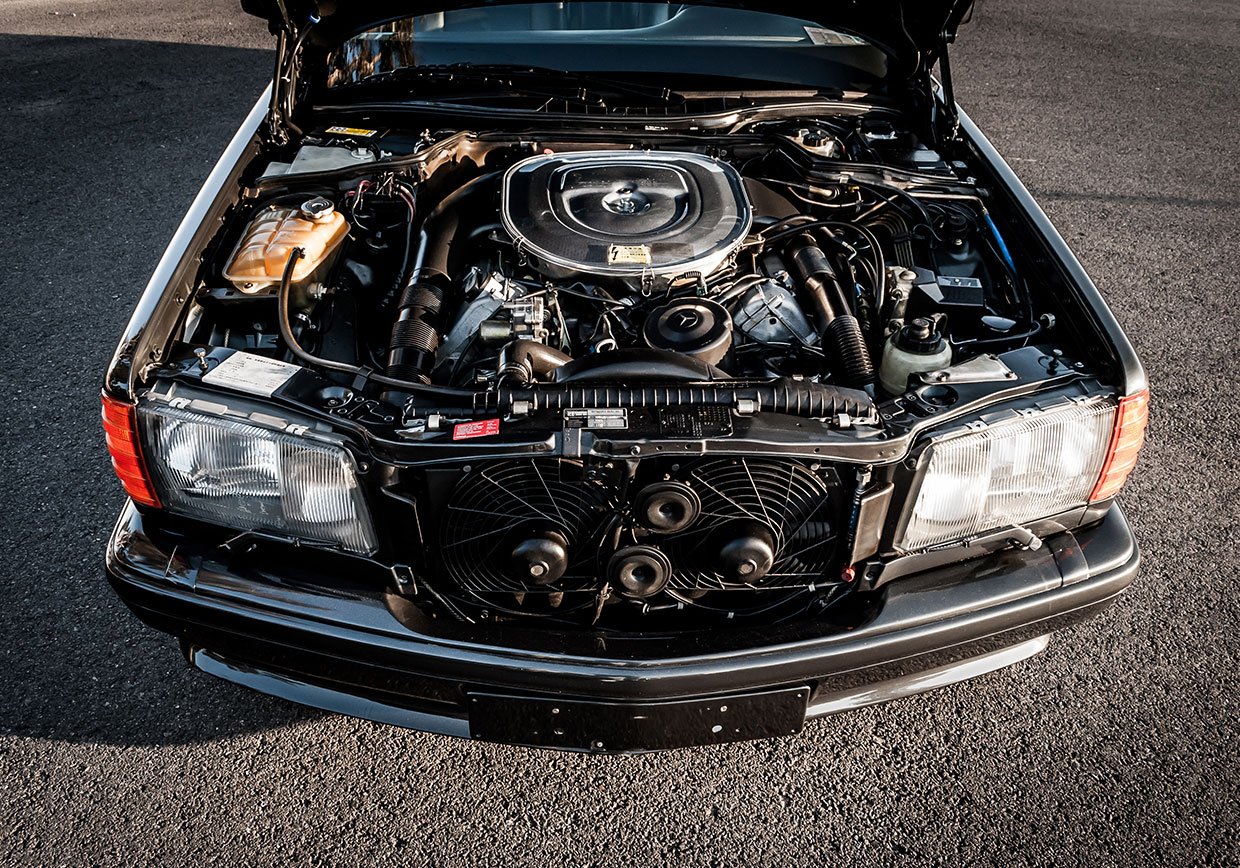 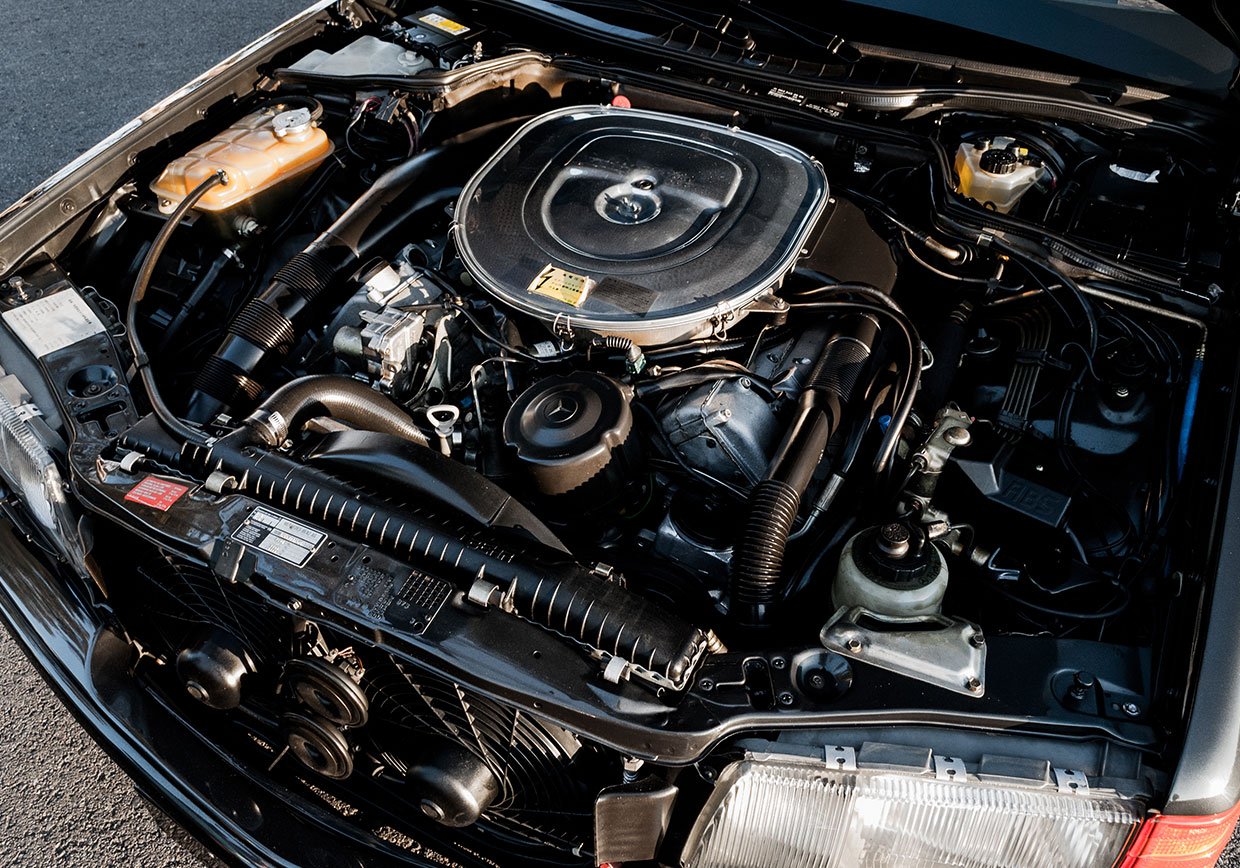 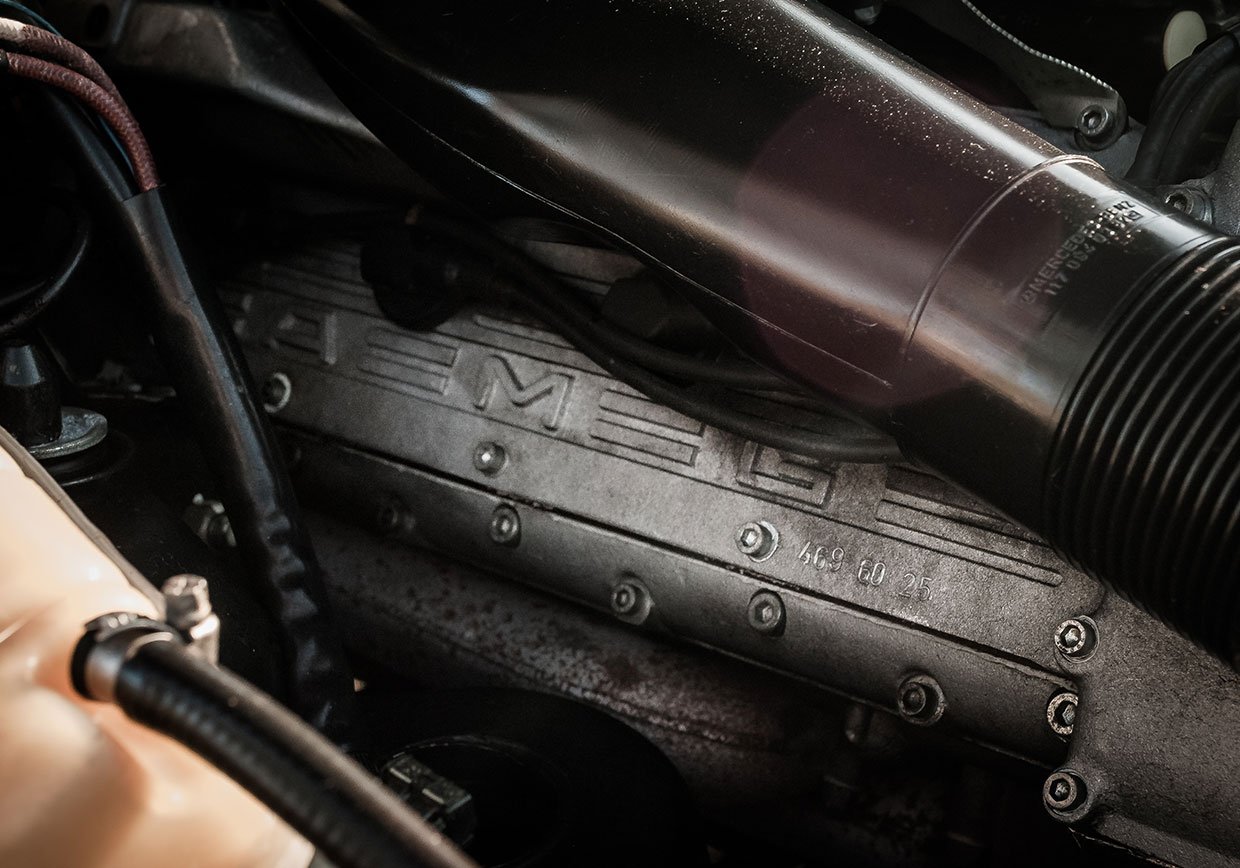 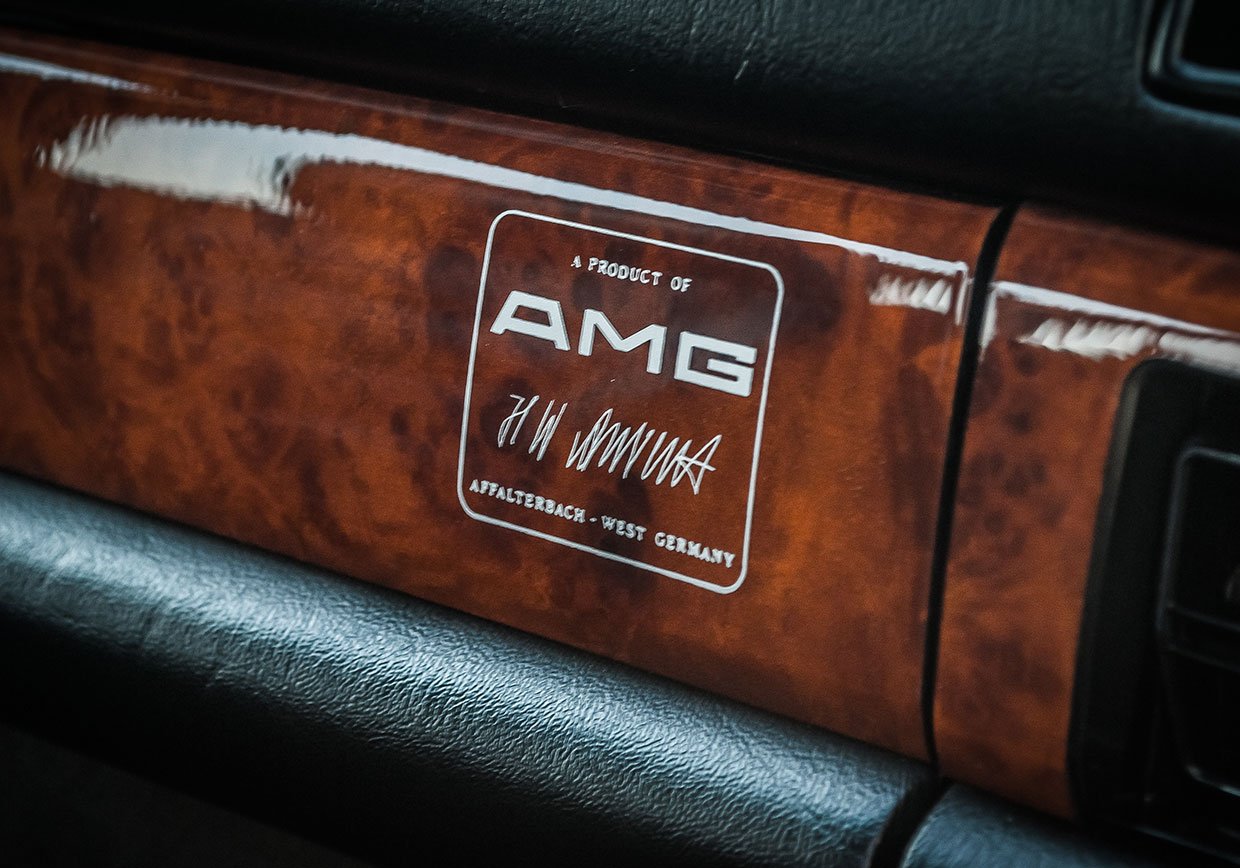 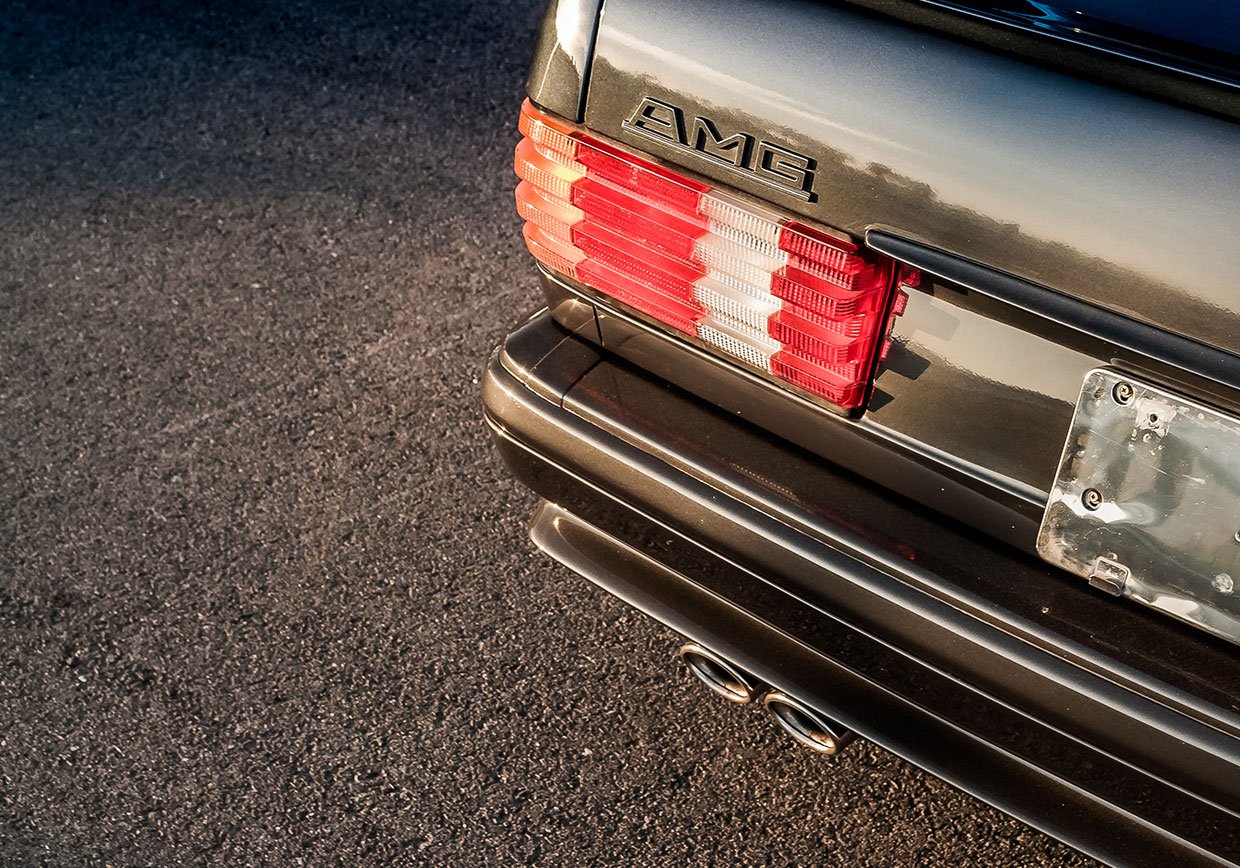