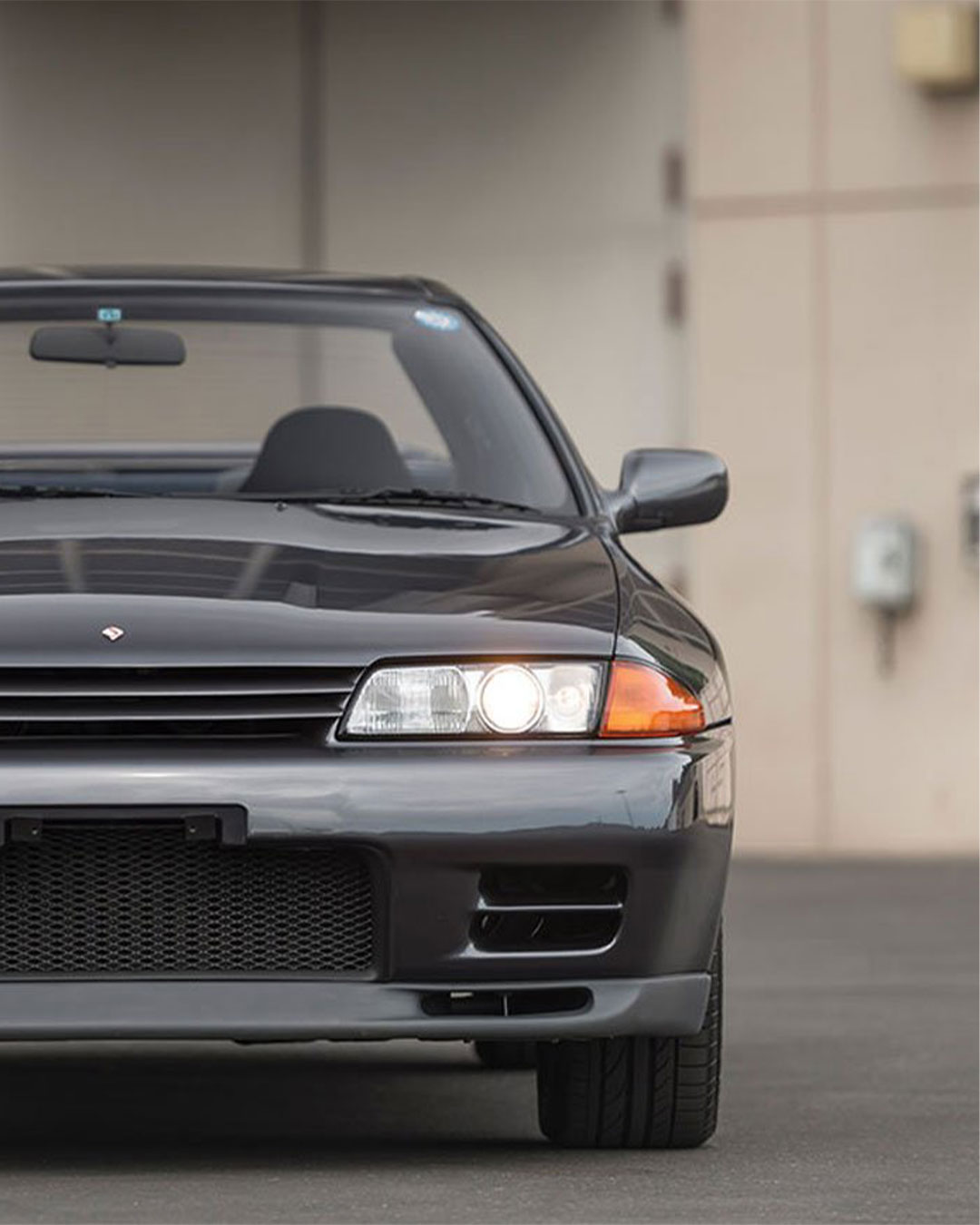 The long-running GT-R nameplate from Nissan reached its modern format with the introduction of the R32 generation in 1989. Like the previous generations, motorsport was the key intention behind the GT-R’s production. Six cylinders, two turbos, and four-wheel drive all appeared together first on this model. The legendary 2.6-liter RB26DETT engine was developed by Nissan’s engineers to compete in the 4,500-cubic centimeter class of Group A.

In race trim, the engine produced more than 600 horsepower, so a highly advanced all-wheel-drive system, dubbed ATTESSA E-TS, was in charge of putting that immense power on the road.  Drawing inspiration from Porsche’s 959, this system allowed variable power to be delivered between the front and rear axles depending on traction conditions.  The engineers avoided understeer by limiting the car to rear-wheel drive at corner exit and thus maintained the pure, predictable handling dynamics of the chassis.  This combination of power and traction allowed the R32 GT-R to achieve incredible success in racing.  The car won all 29 races of the Japanese touring car championship, the 1991 Spa 24 Hours, and two consecutive wins at Bathurst in 1991 and 1992.  The GT-R established itself as an unstoppable force, and henceforth, competitors and fans alike have bestowed it the nickname “Godzilla.”

Off the track, the GT-R attained mythical status as a tuning platform.  Massive aftermarket support allowed enthusiast owners to squeeze incredible power out of the RB26.  At the time, the major Japanese auto manufacturers upheld a gentleman’s agreement that limited the advertised horsepower on all vehicles produced domestically to 276.  As a result, the factory power ratings on the GT-R reflect this.  Stock cars, however, will show true outputs to be in the 300 horsepower ballpark.  Further tuning and modification could produce much, much more.

Production on the R32 lasted from 1989 until 1994, and several iterations were introduced throughout this generation.  First to come was the Nismo variant in 1990 and later N1 and V.Spec models continued on the developments by further reducing weight and updating the car’s all-wheel-drive system. 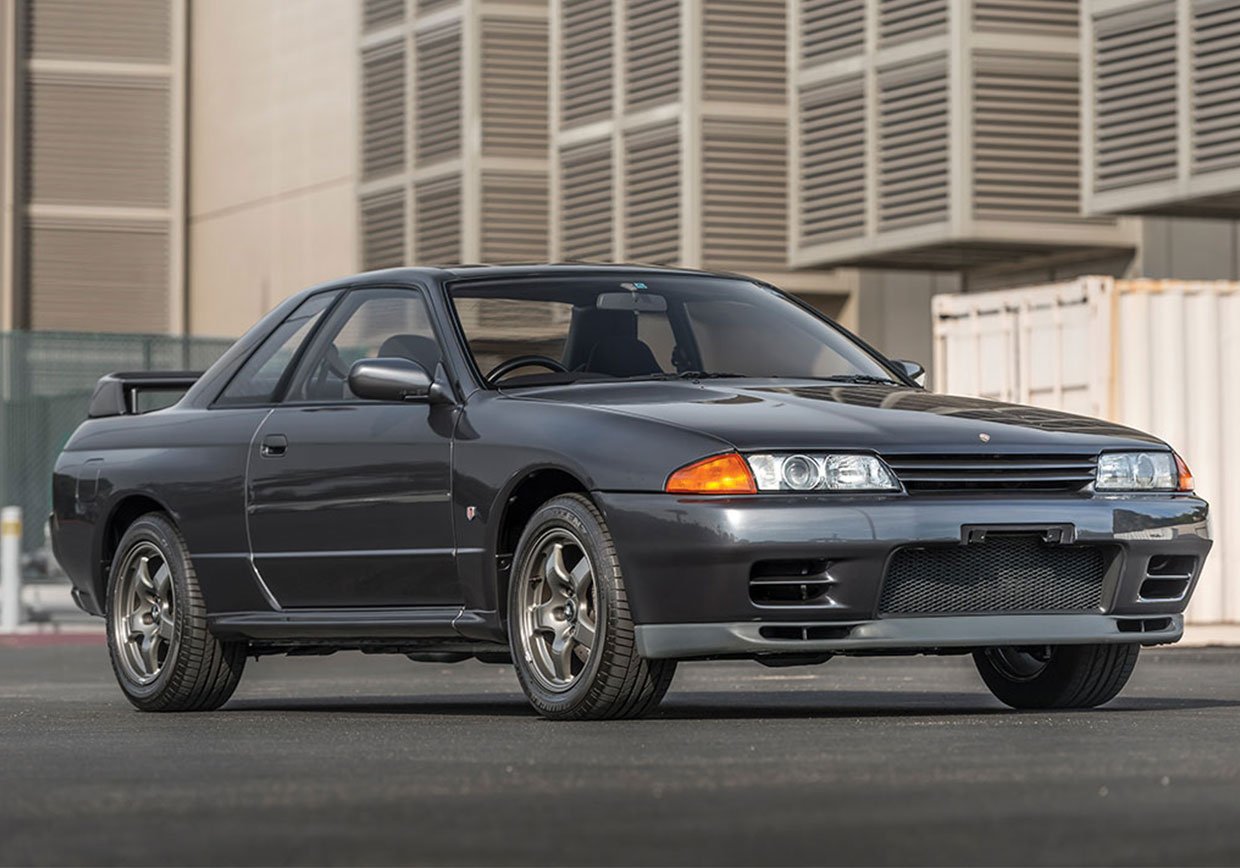 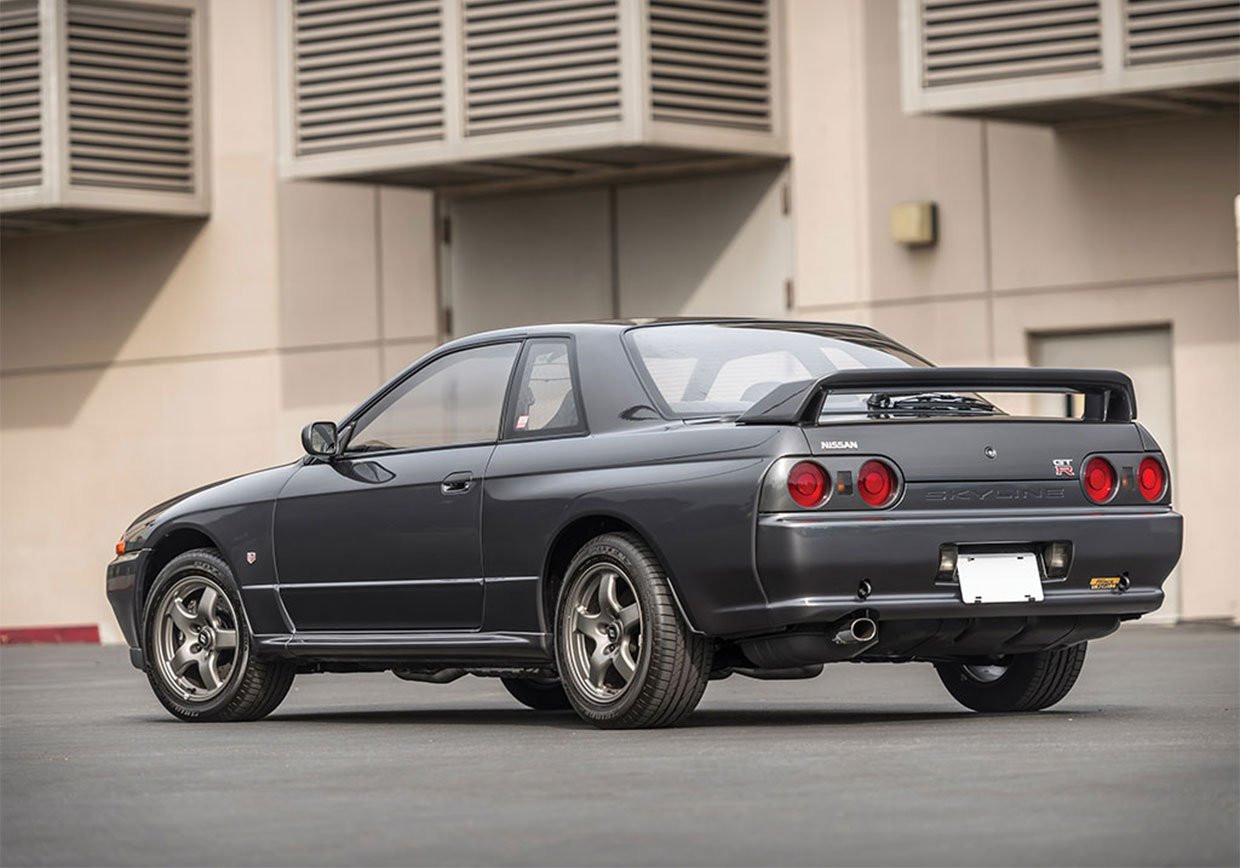 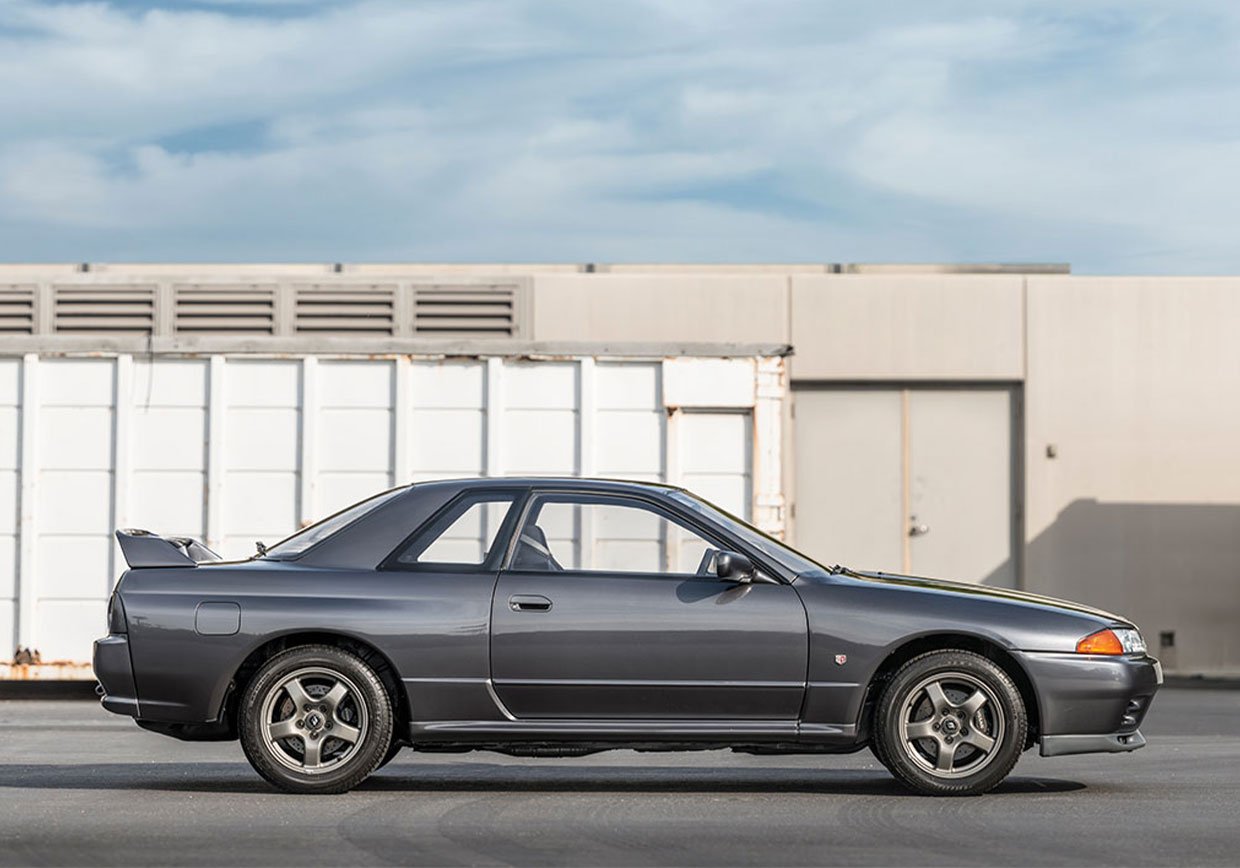 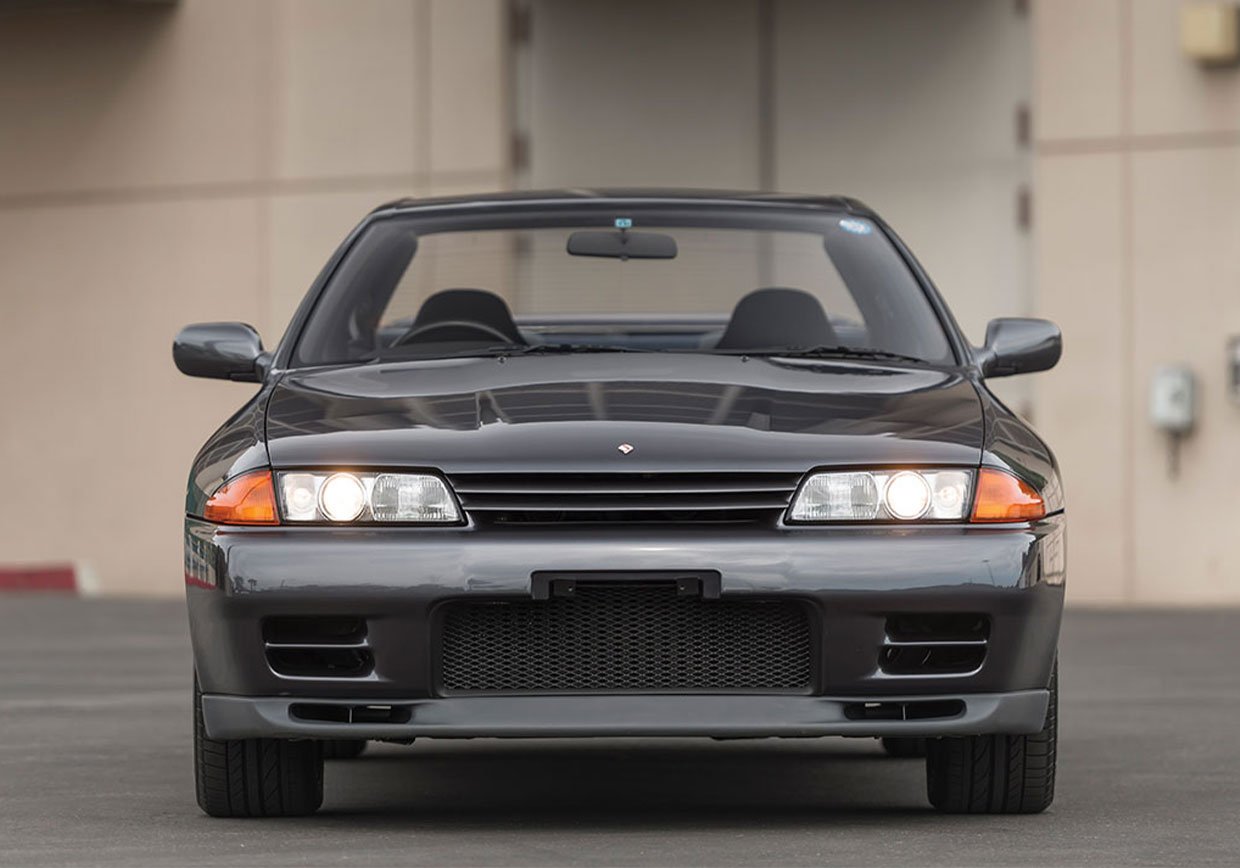 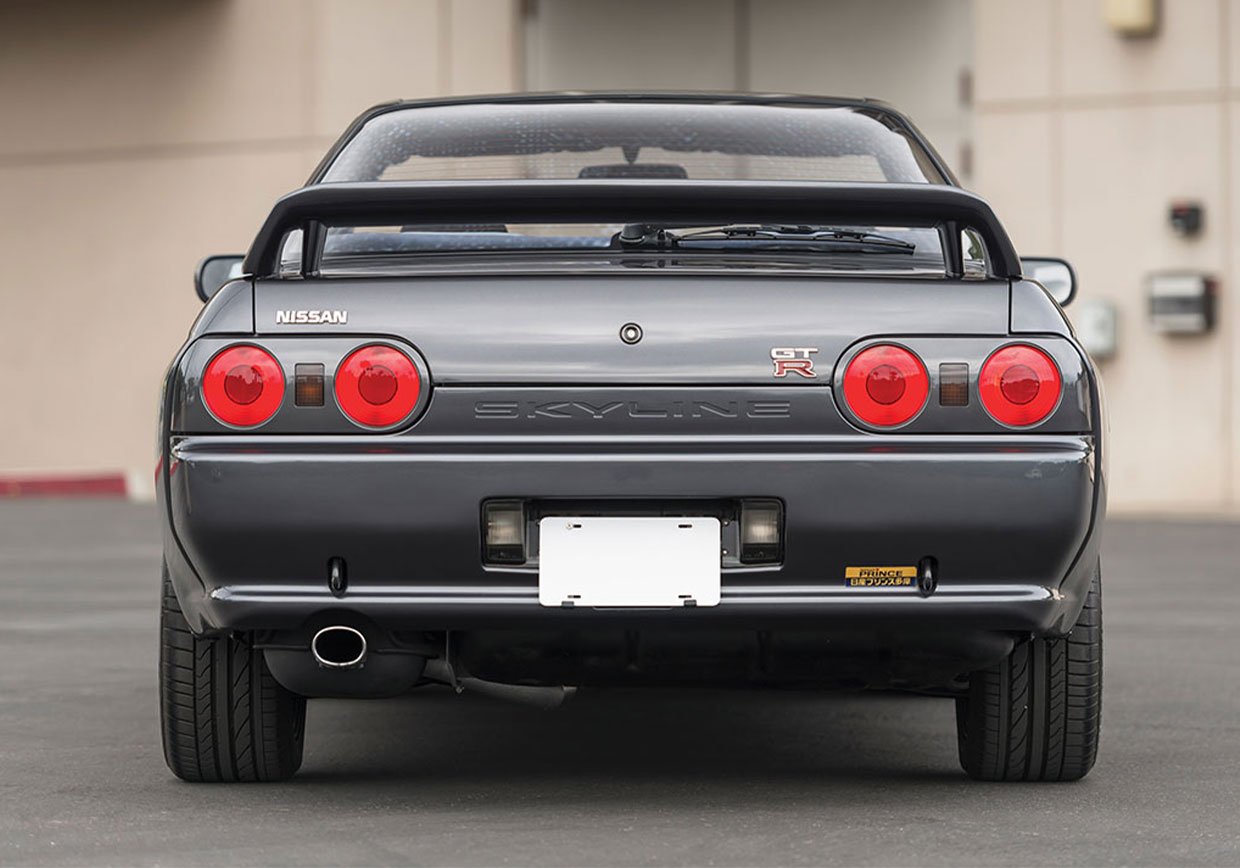 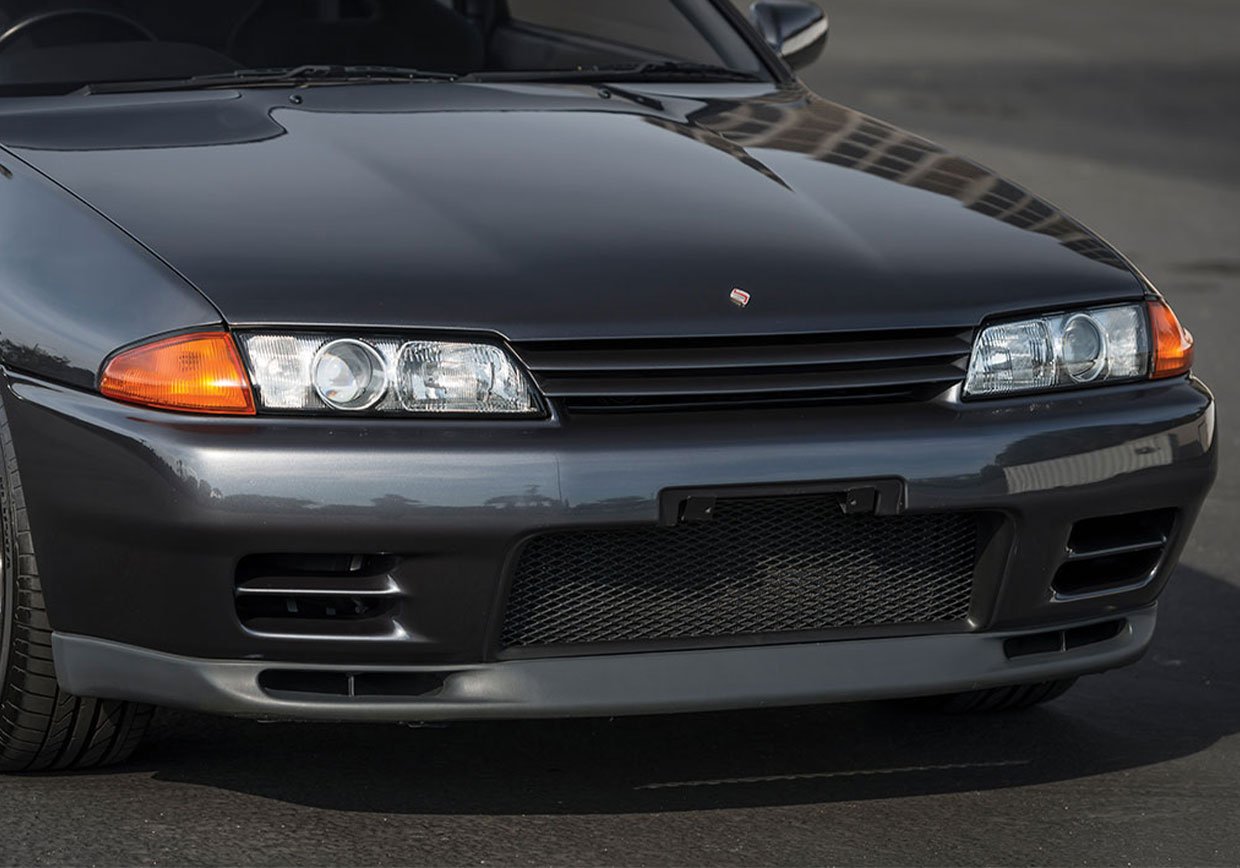 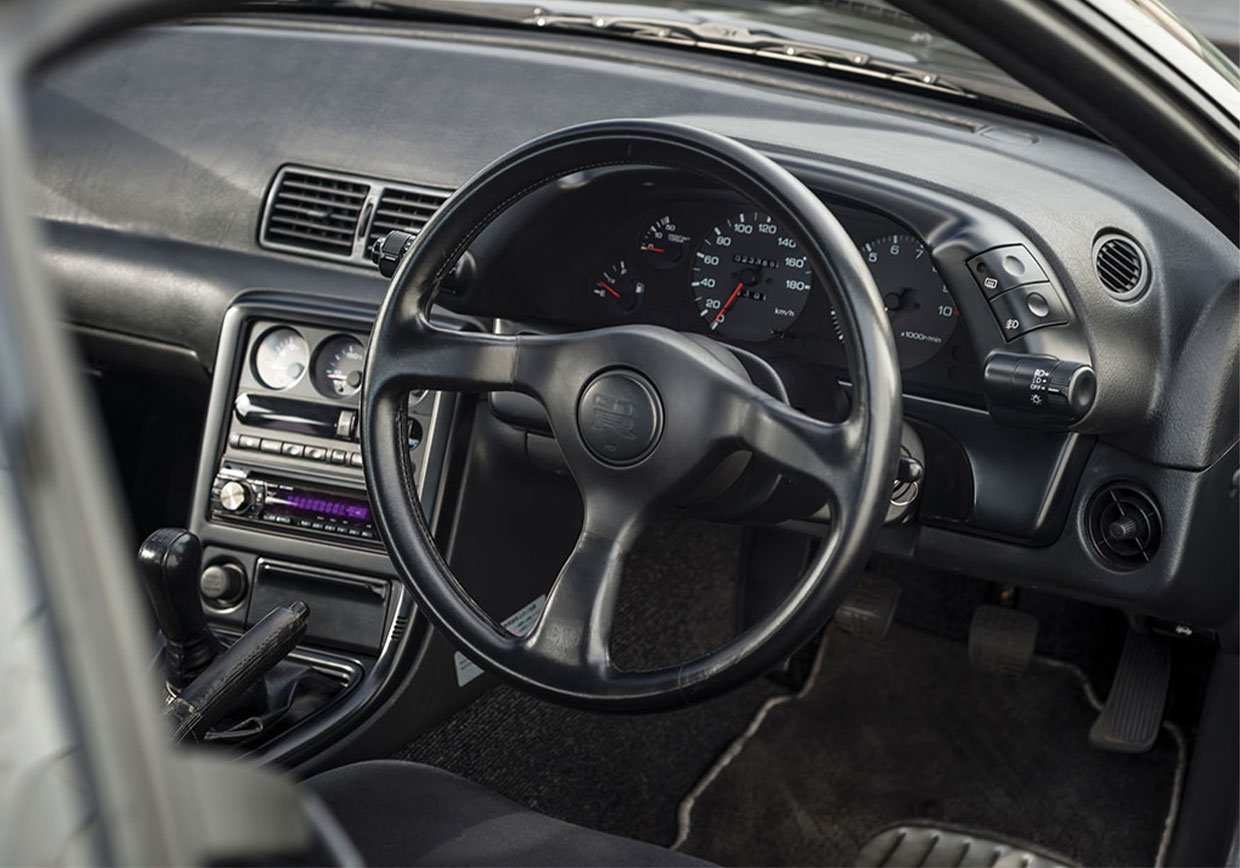 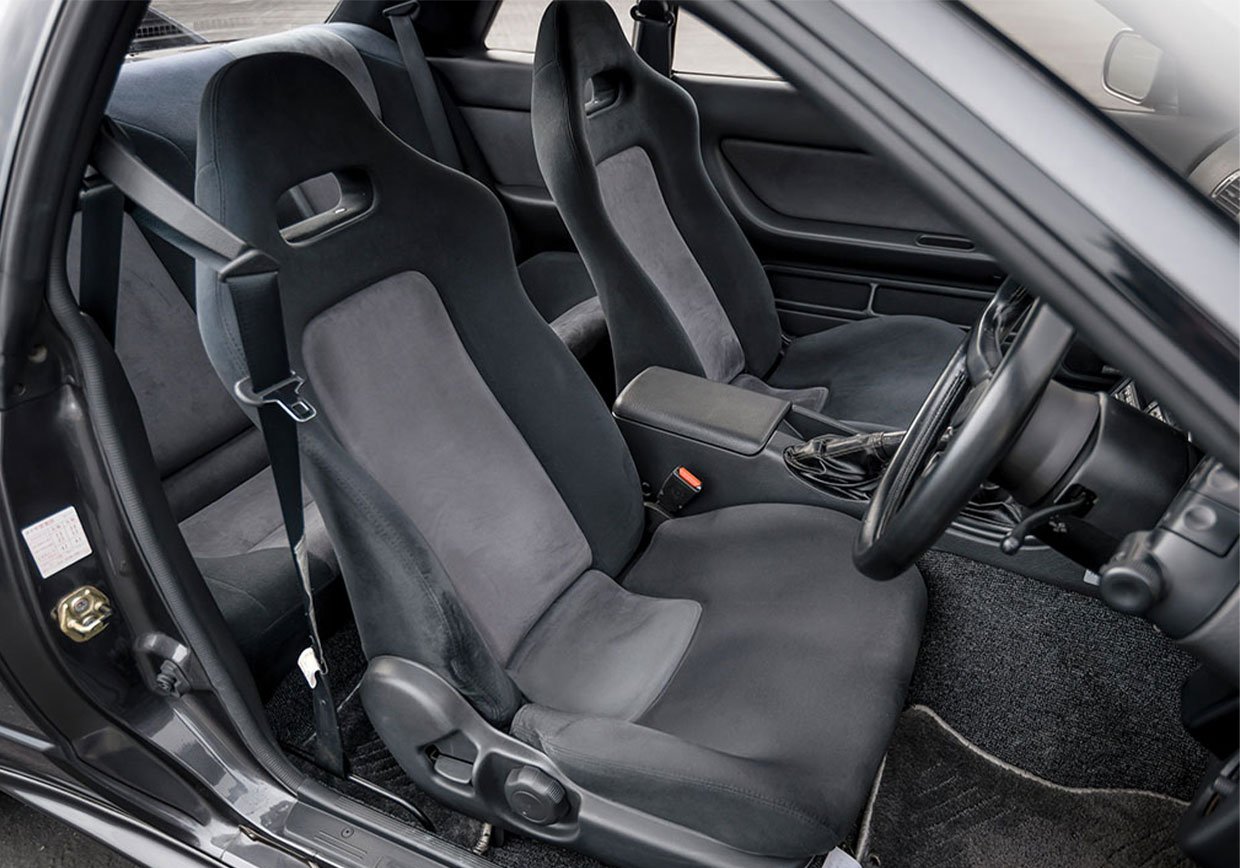 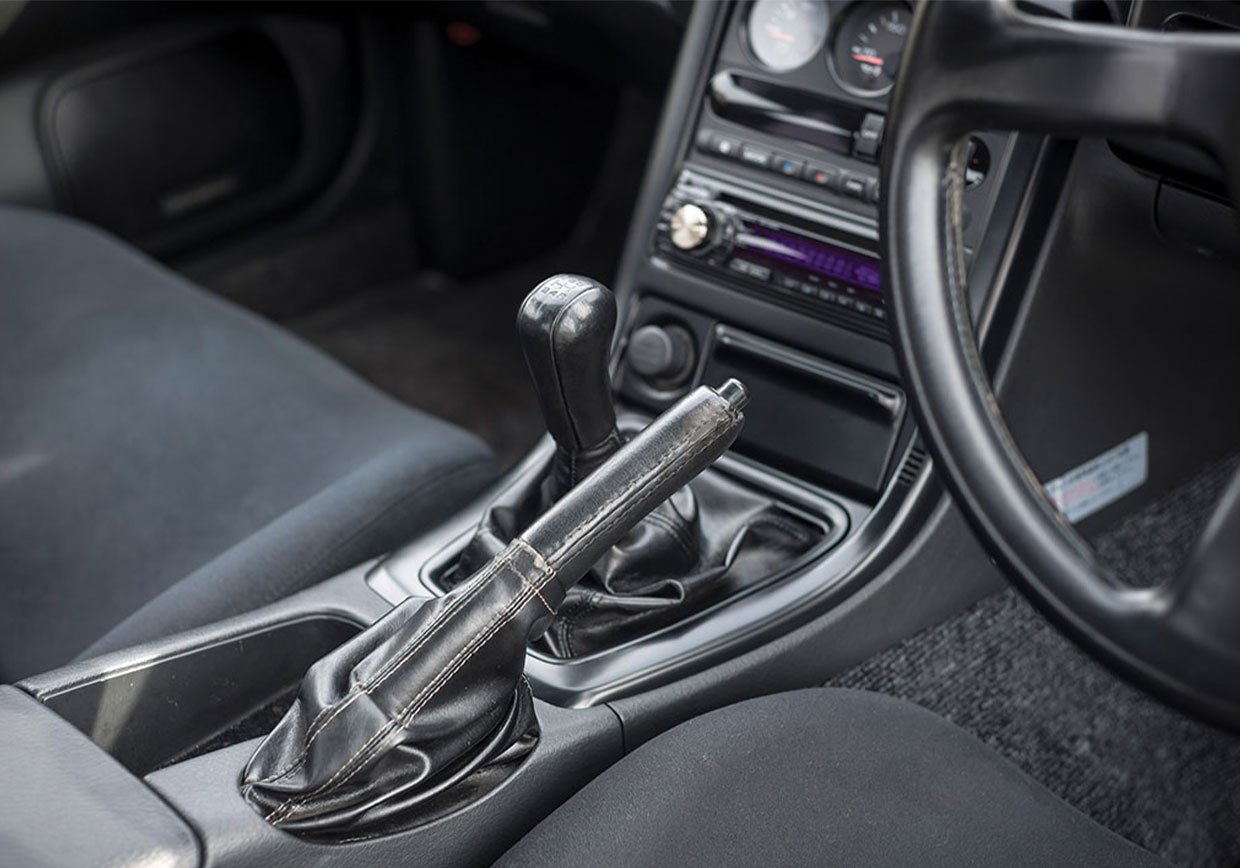 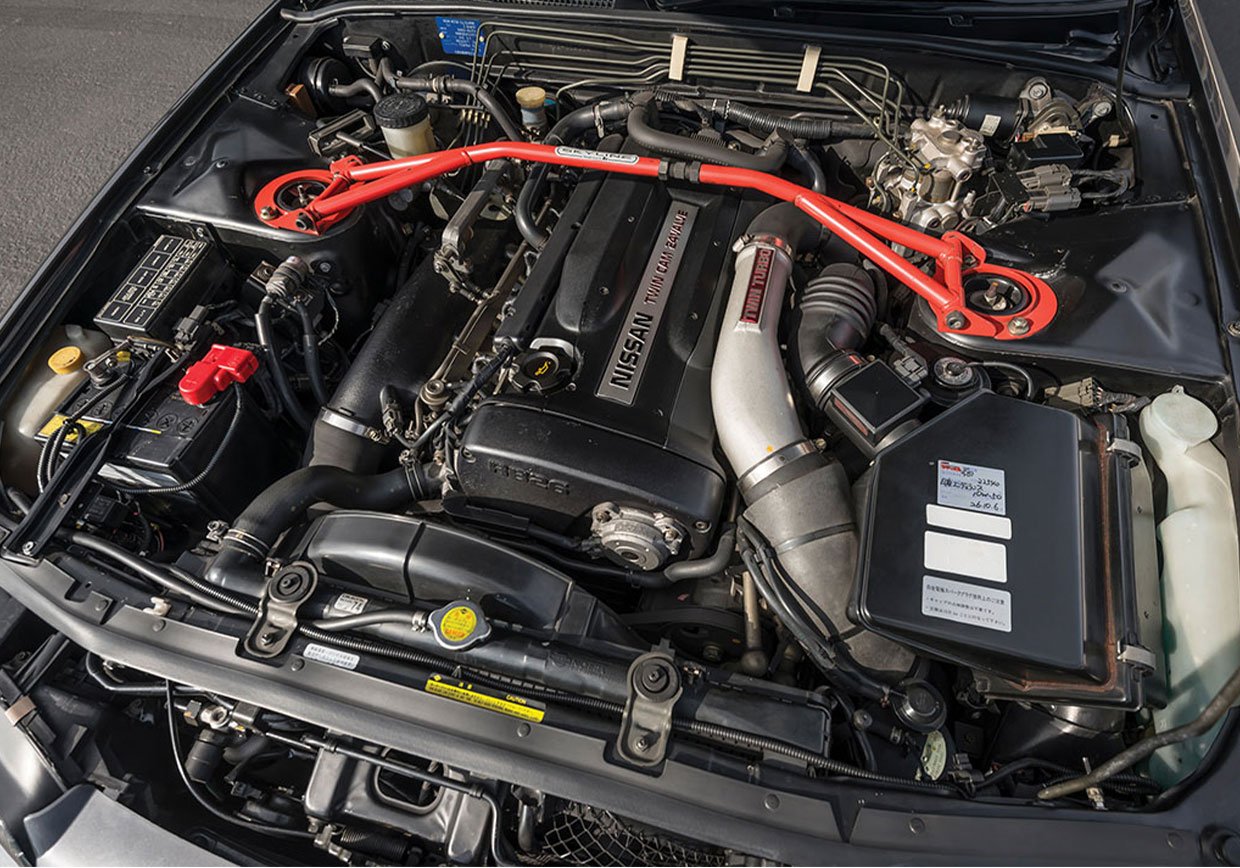 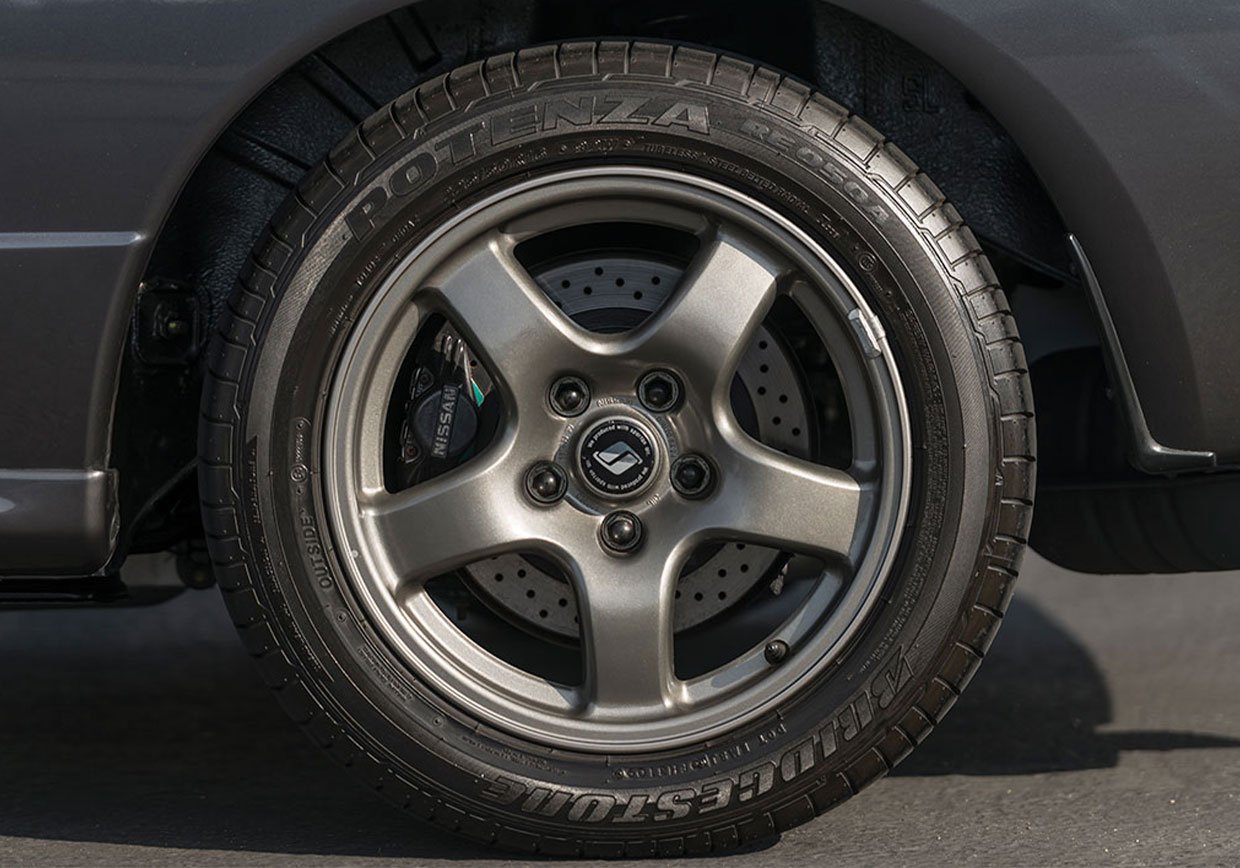 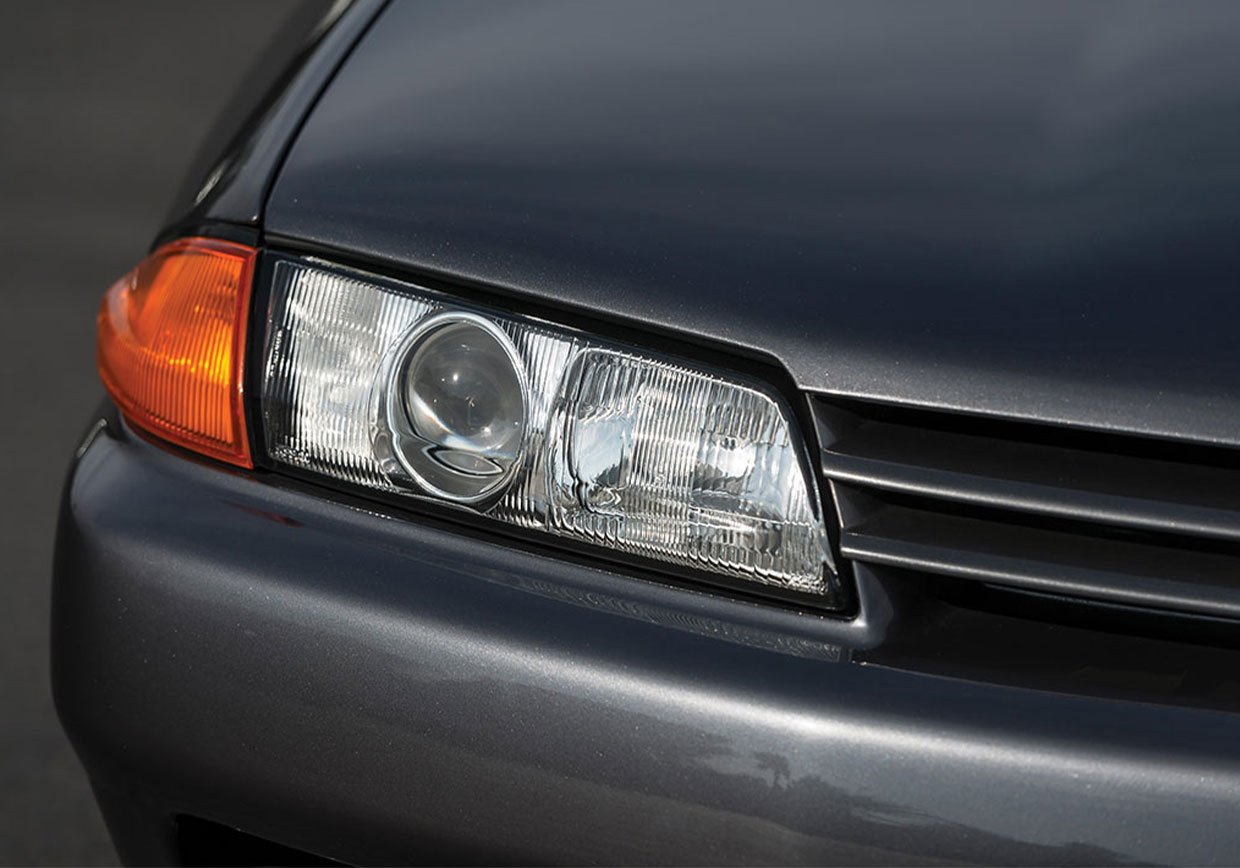 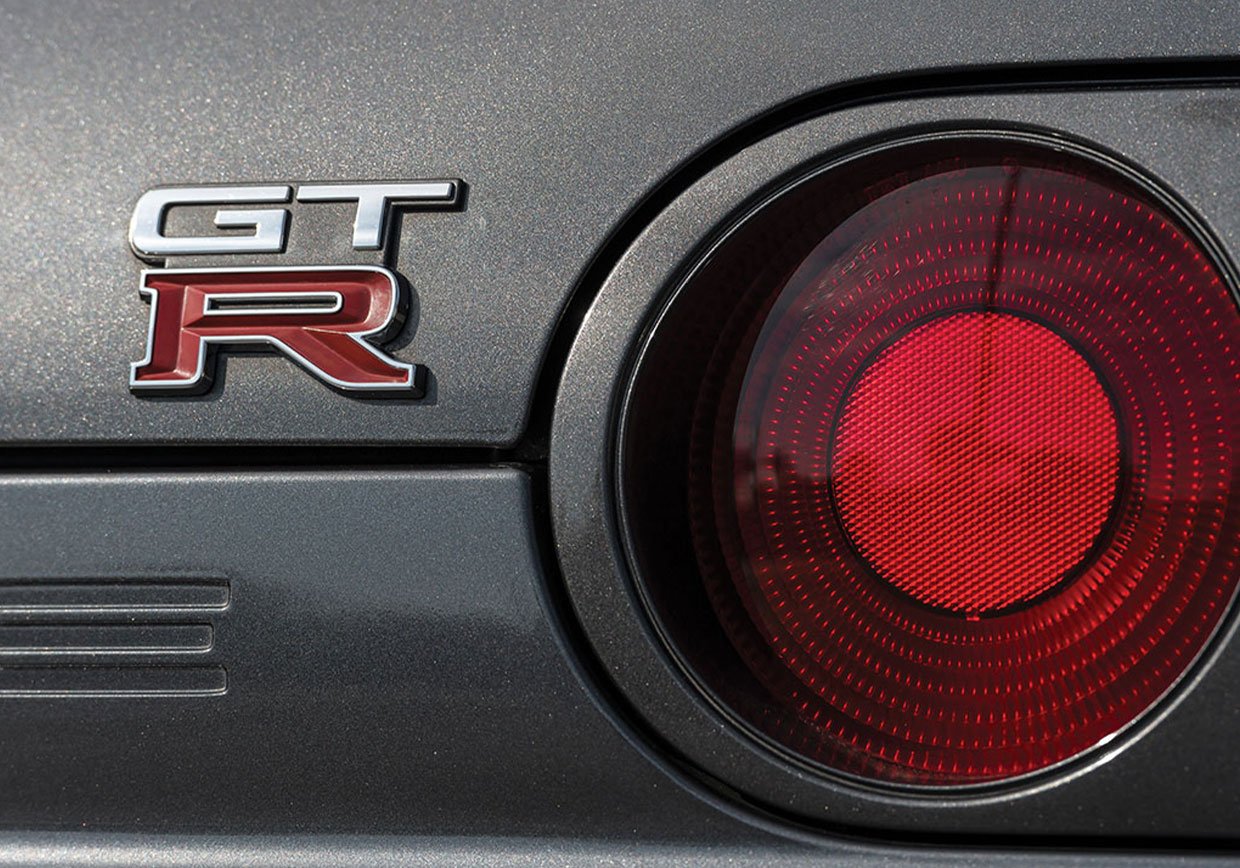