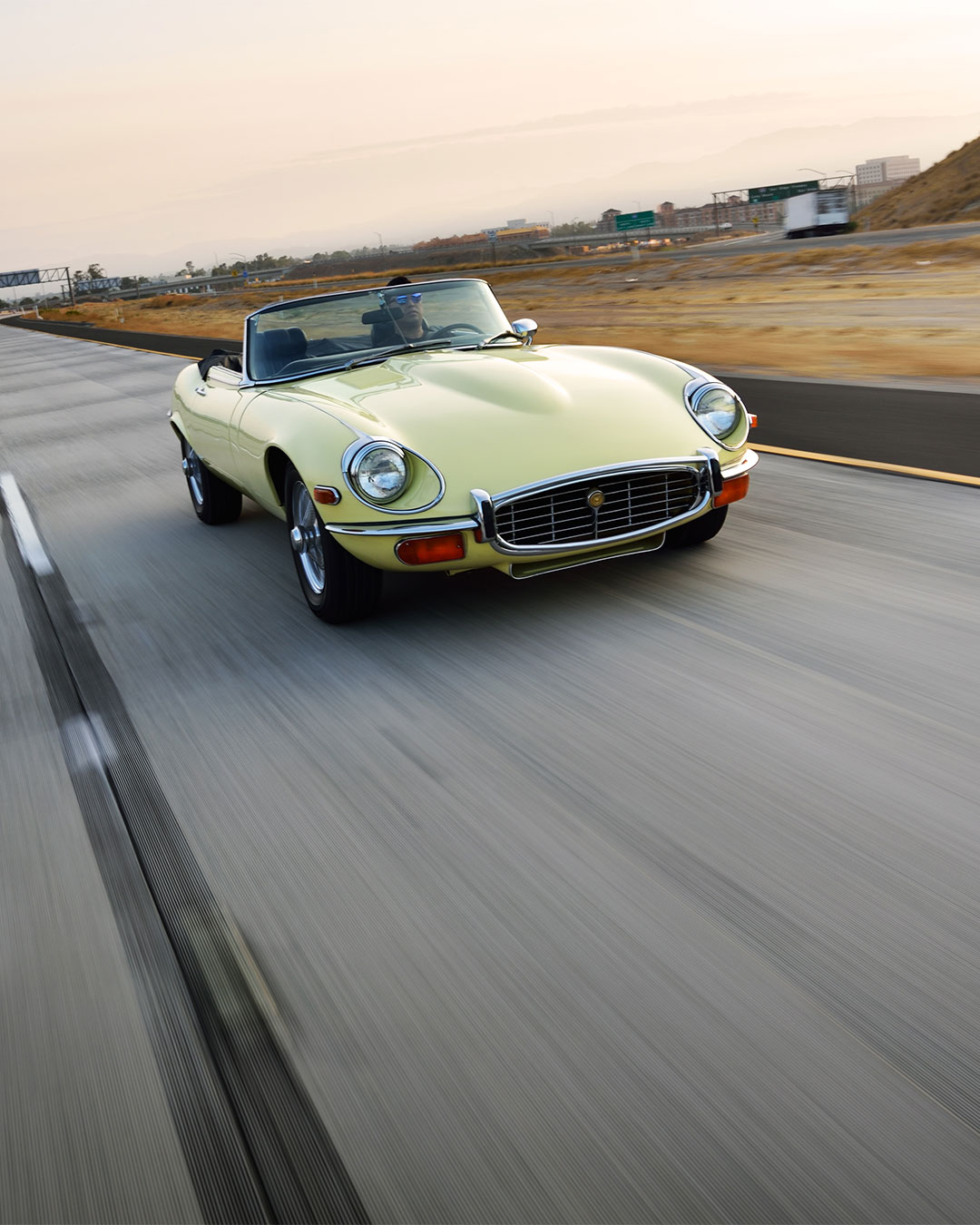 Often called the most beautiful car ever made by the likes of Enzo Ferrari and various automotive magazines, the Jaguar E-type is a British sports car that was manufactured between 1961 and 1975.  Its combination of beauty, high performance, and competitive pricing established the marque as an icon of 1960’s motoring.

At a time when most cars had drum brakes, live rear axles, and mediocre performance, the E-Type sprang on the scene with 150 mph and a sub-7 second 0–60 time, monocoque construction, disc brakes, rack and pinion steering, independent front and rear suspension, and unrivaled looks.  The E-Type was based on Jaguar’s D-Type racing car which had won the 24 Hours of Le Mans three consecutive years (1955–1957) and, as such, it employed the racing design of a body tub attached to a tubular framework, with the engine bolted directly to the framework.

The E-Type was initially designed and shown to the public as a rear-wheel drive grand tourer in two-seater coupe form and as a two-seater convertible.  Later model updates of the E-Type were officially designated “Series II” and “Series III”, and over time the earlier cars have come to be referred to as “Series I.”

The E-Type Series III was introduced in 1971, with a new 5.3L V12 engine, upgraded brakes and standard power steering.  Optionally an automatic transmission, wire wheels and air conditioning were available. The brand new V12 engine was originally developed for the 24 Hours of Le Mans.  The short wheelbase FHC body style was discontinued and the V12 was available only as a convertible and 2+2 coupé.  The Series III is easily identifiable by the large cross-slatted front grille, flared wheel arches, wider tires, four exhaust tips and a badge on the rear that proclaims it to be a V12. 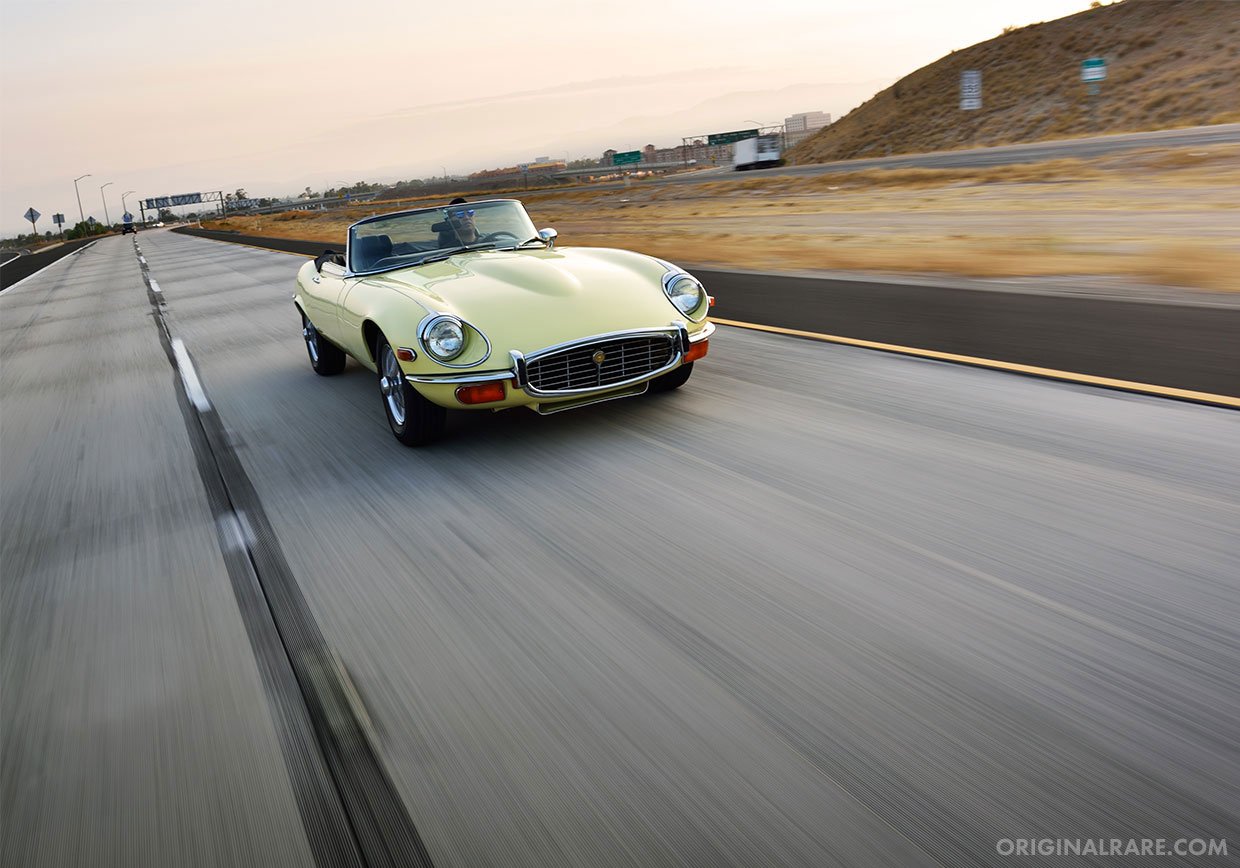 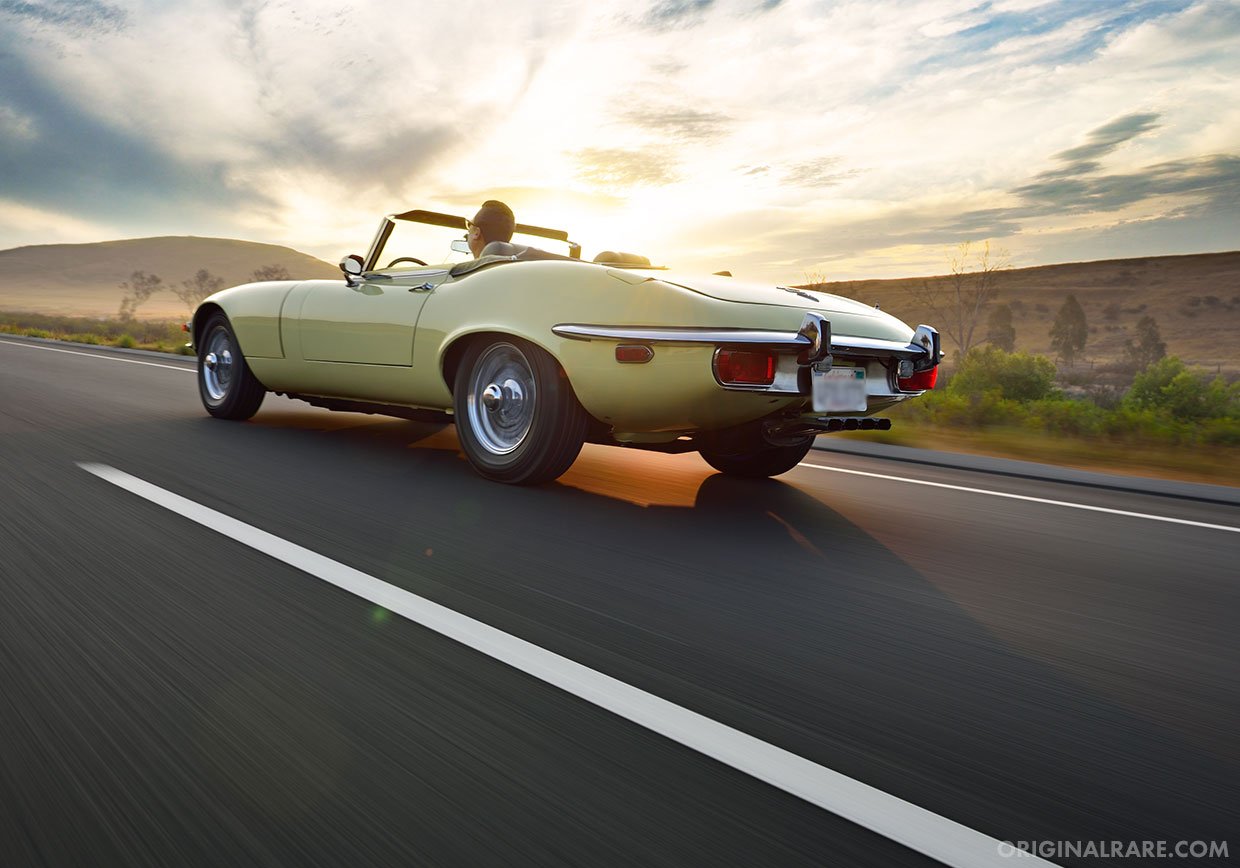 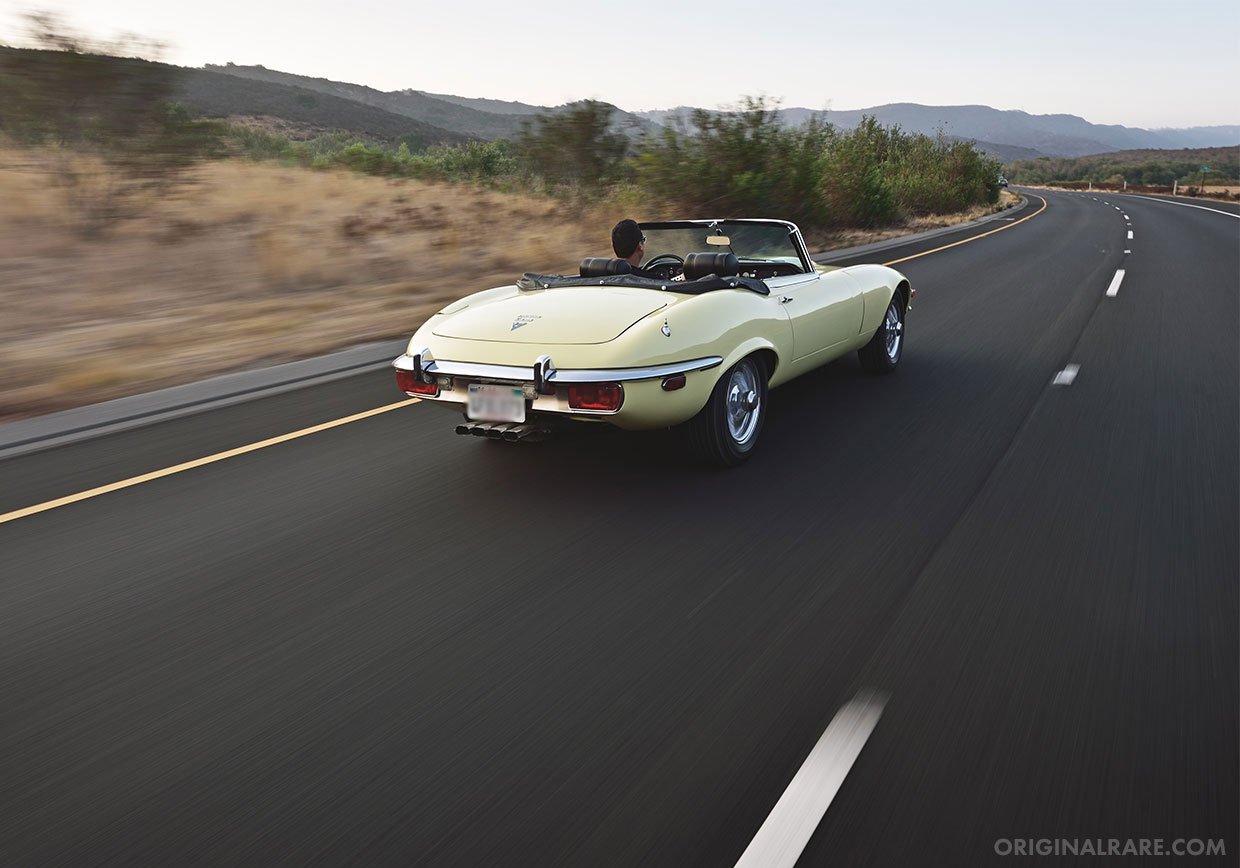 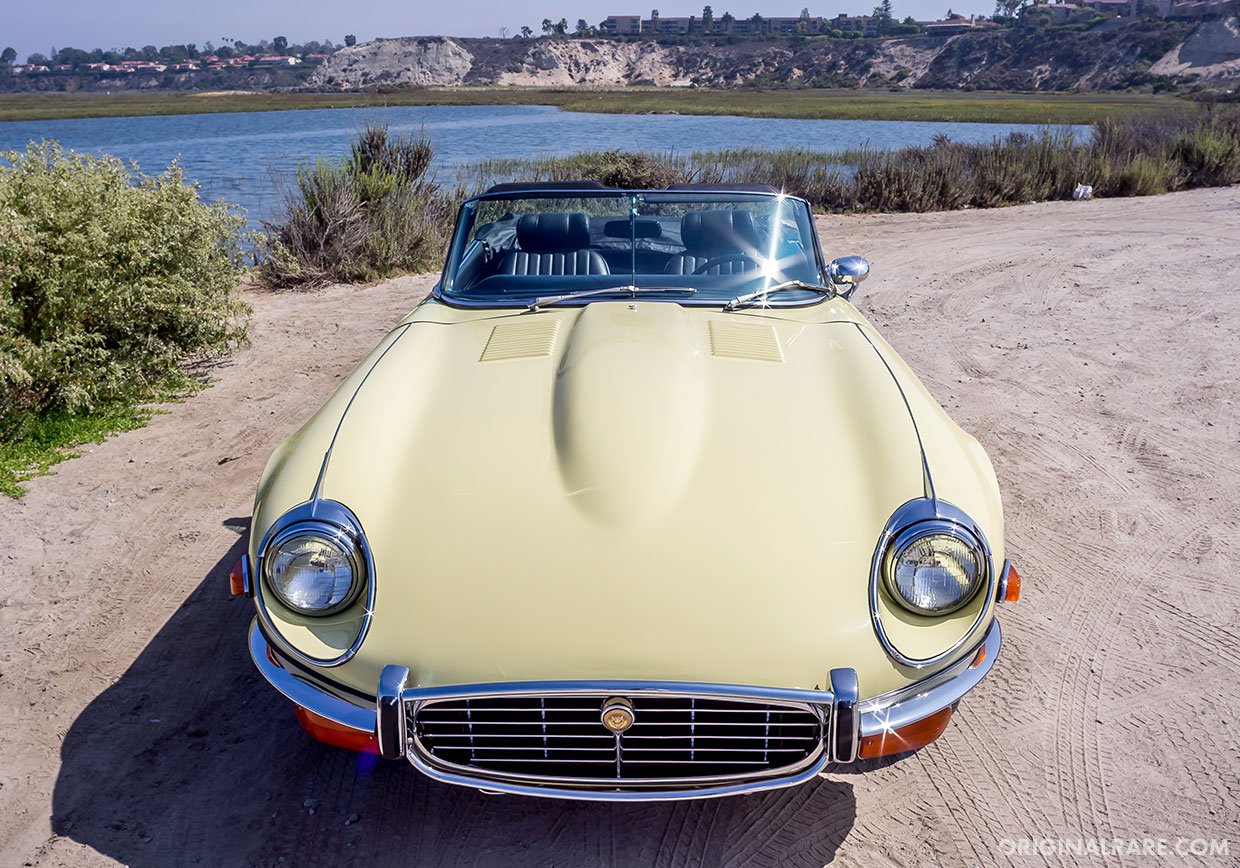 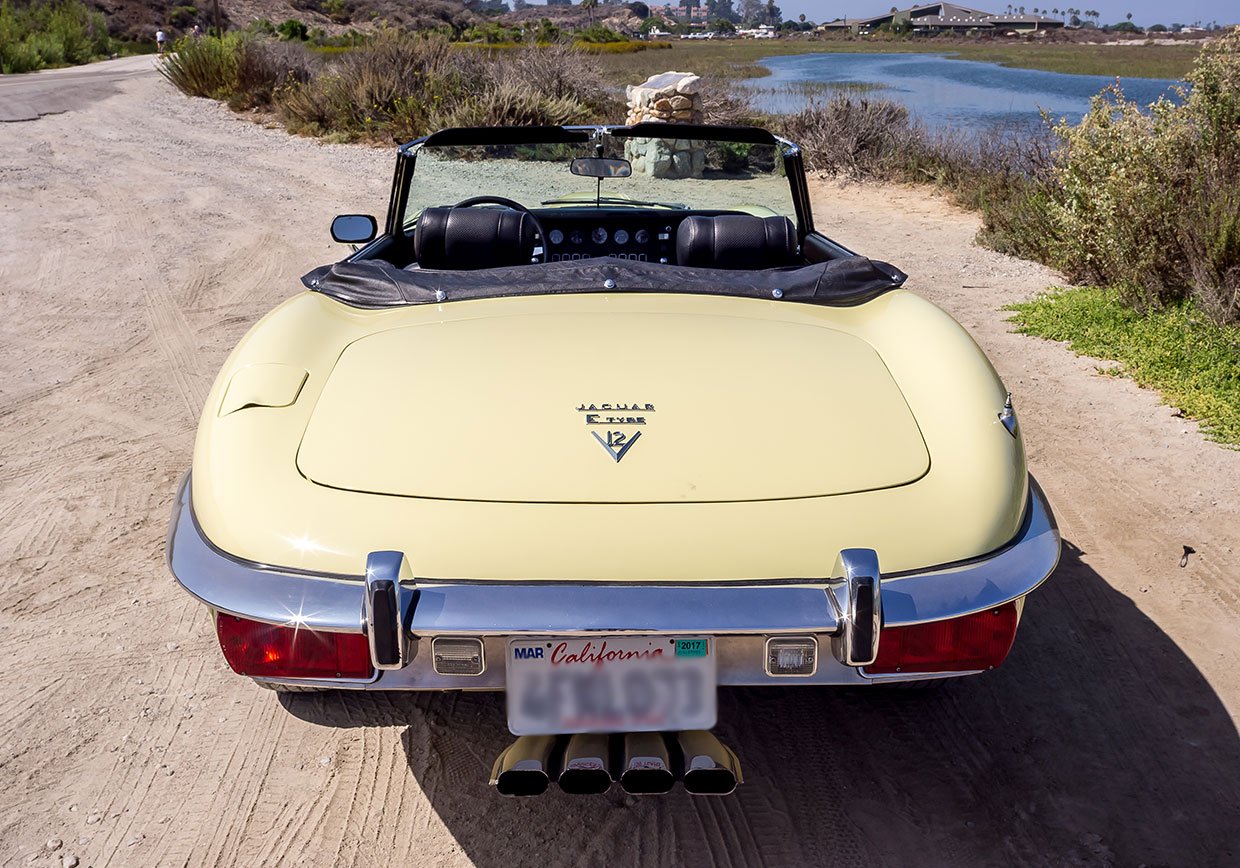 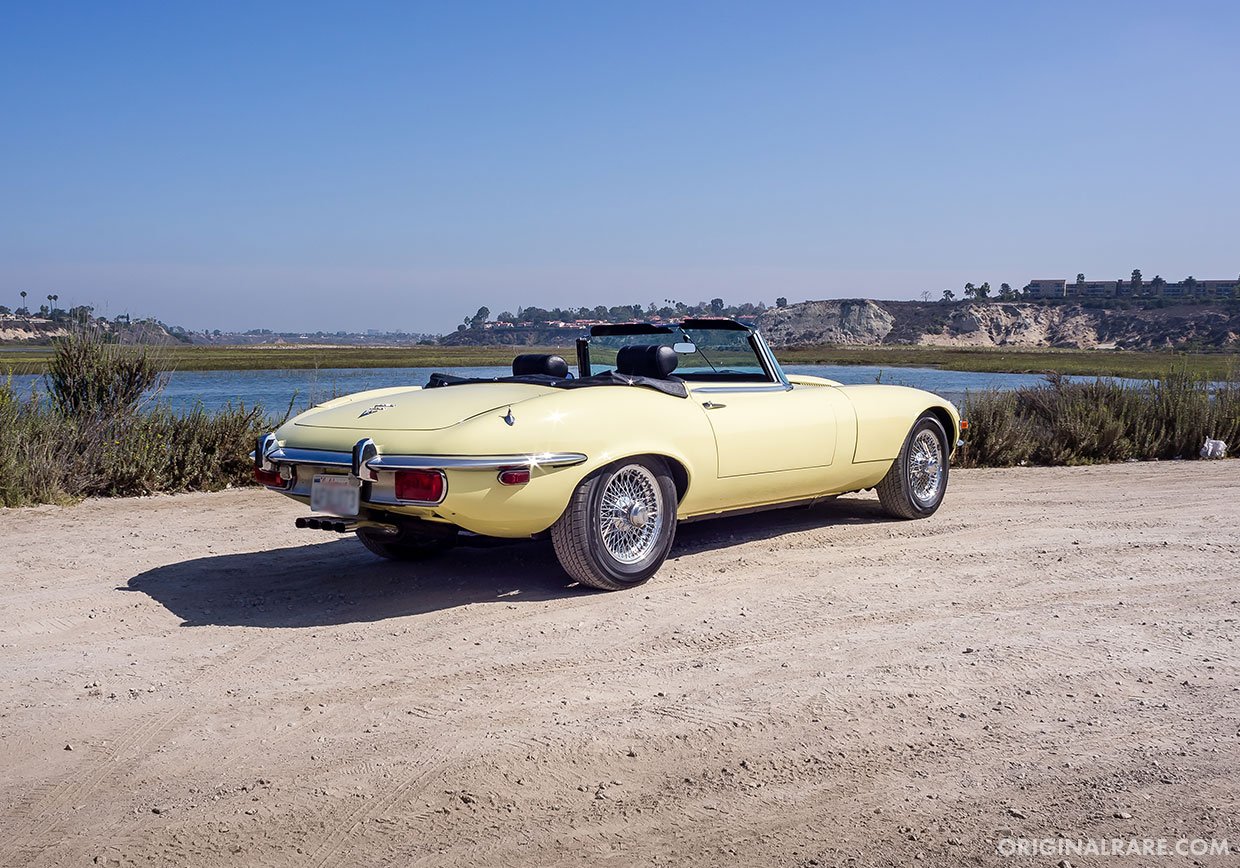 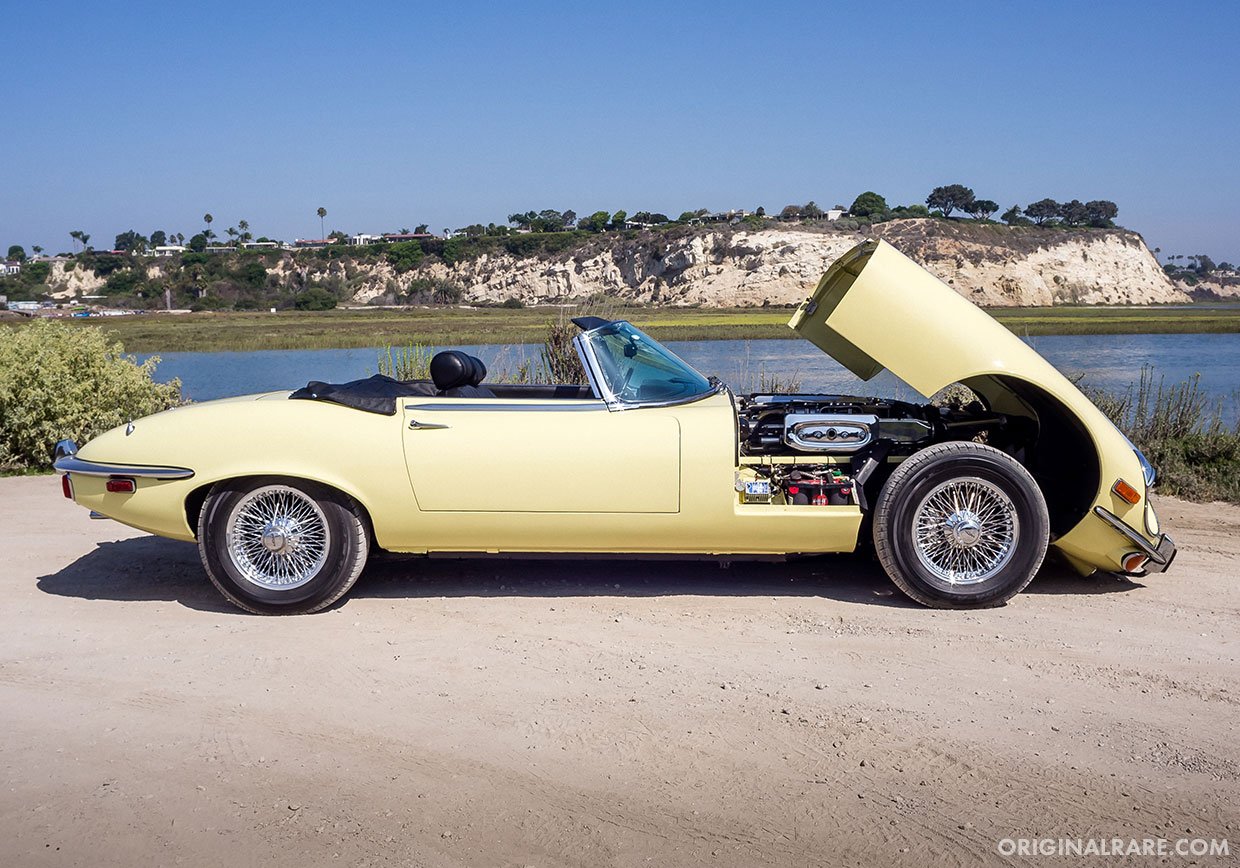 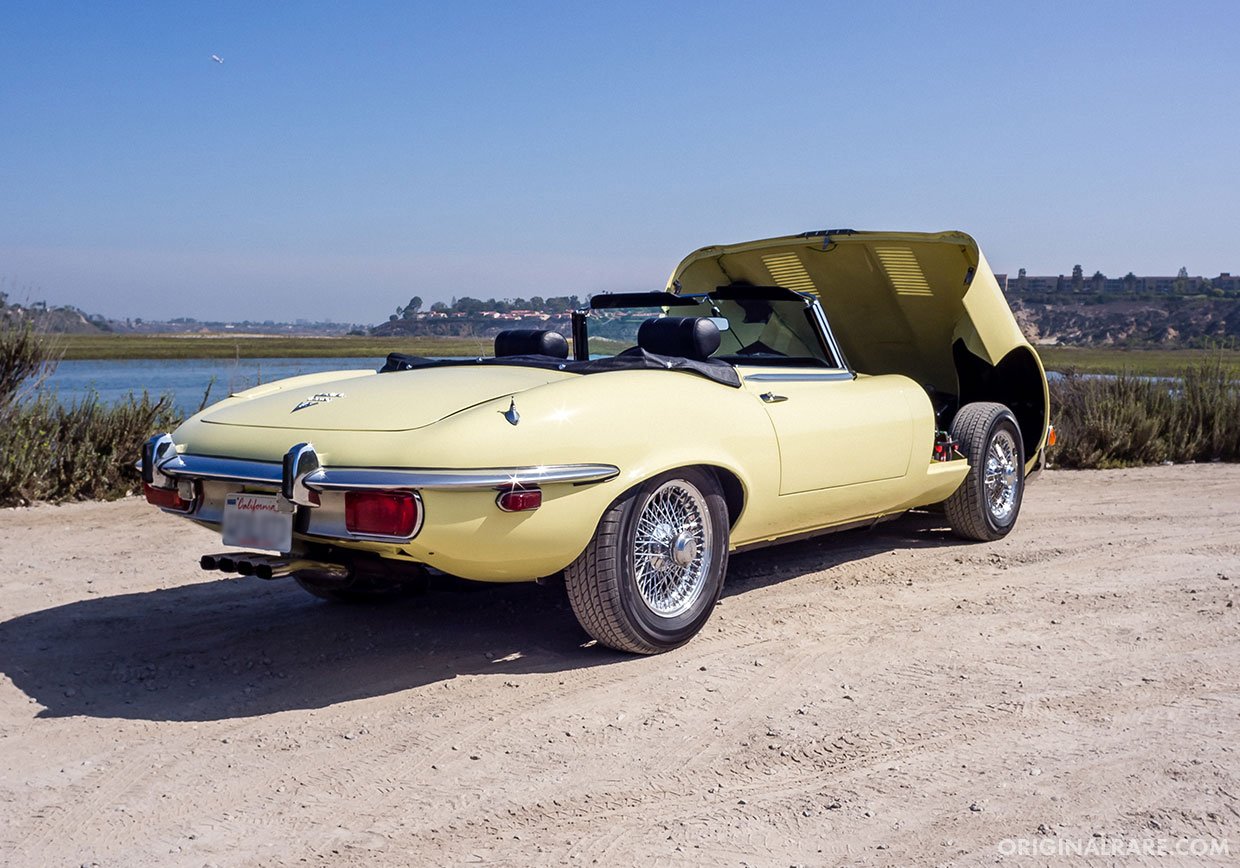 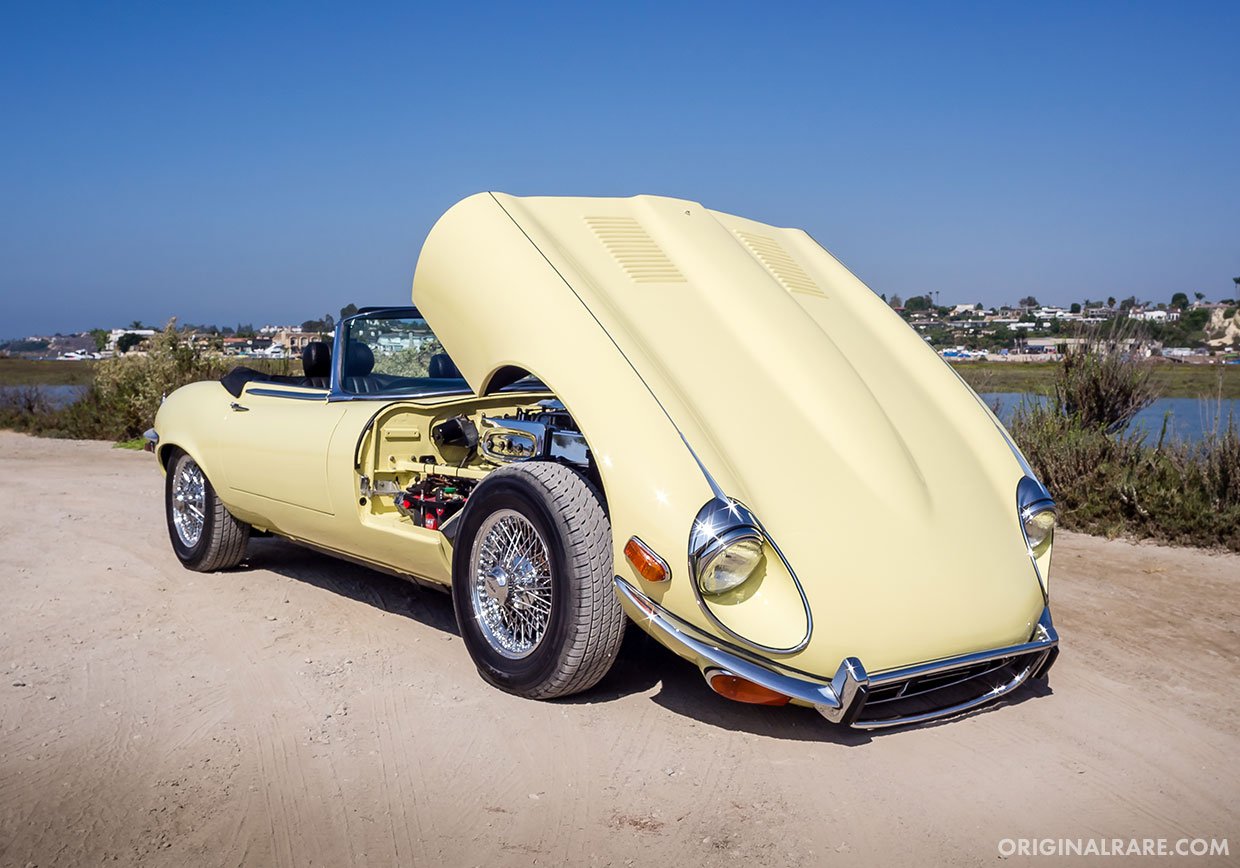 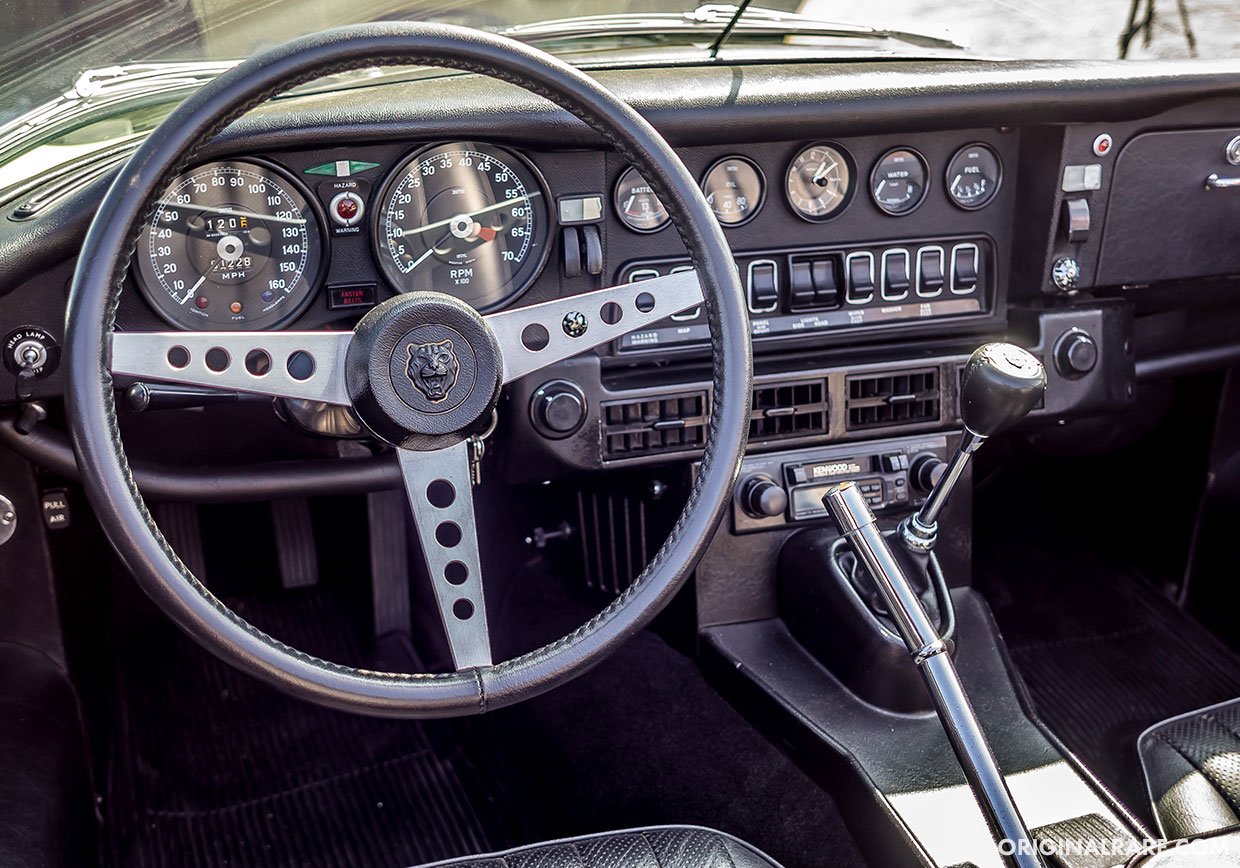 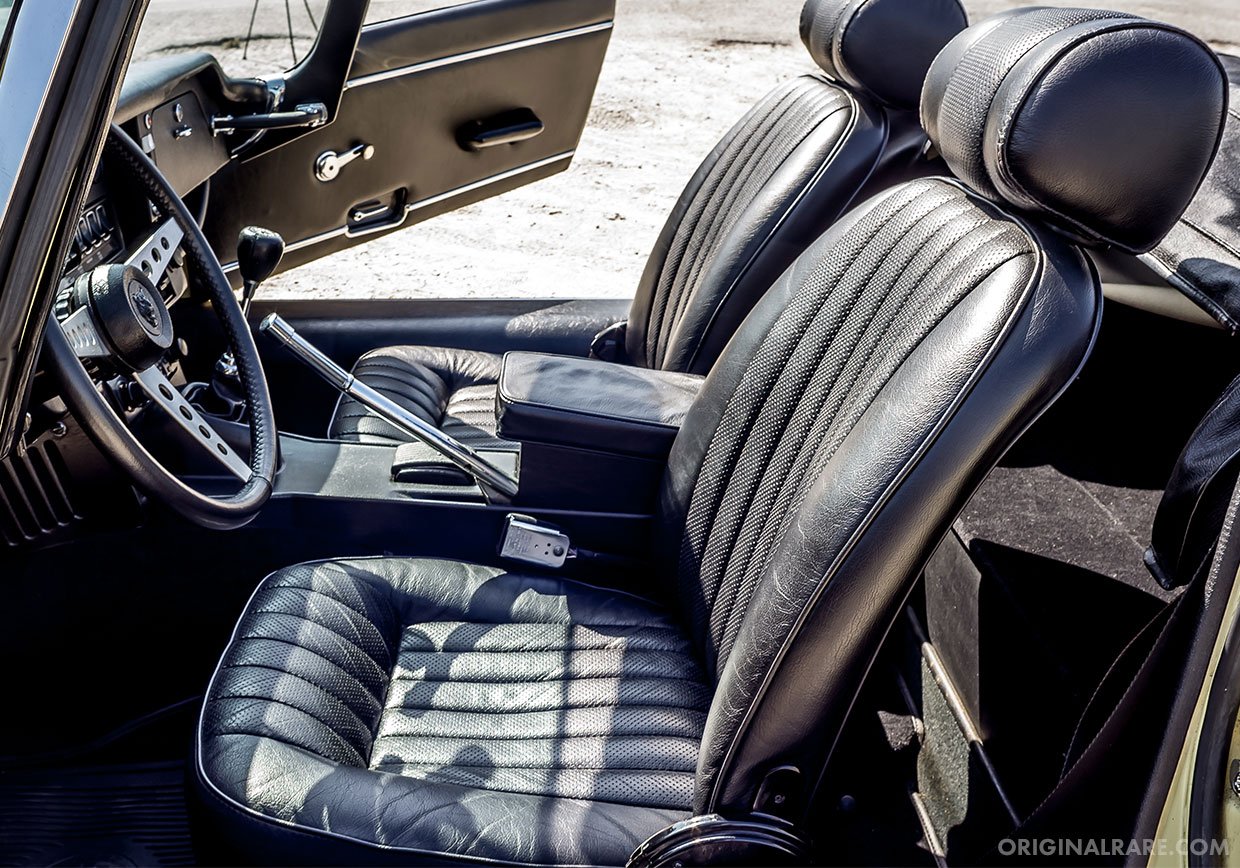 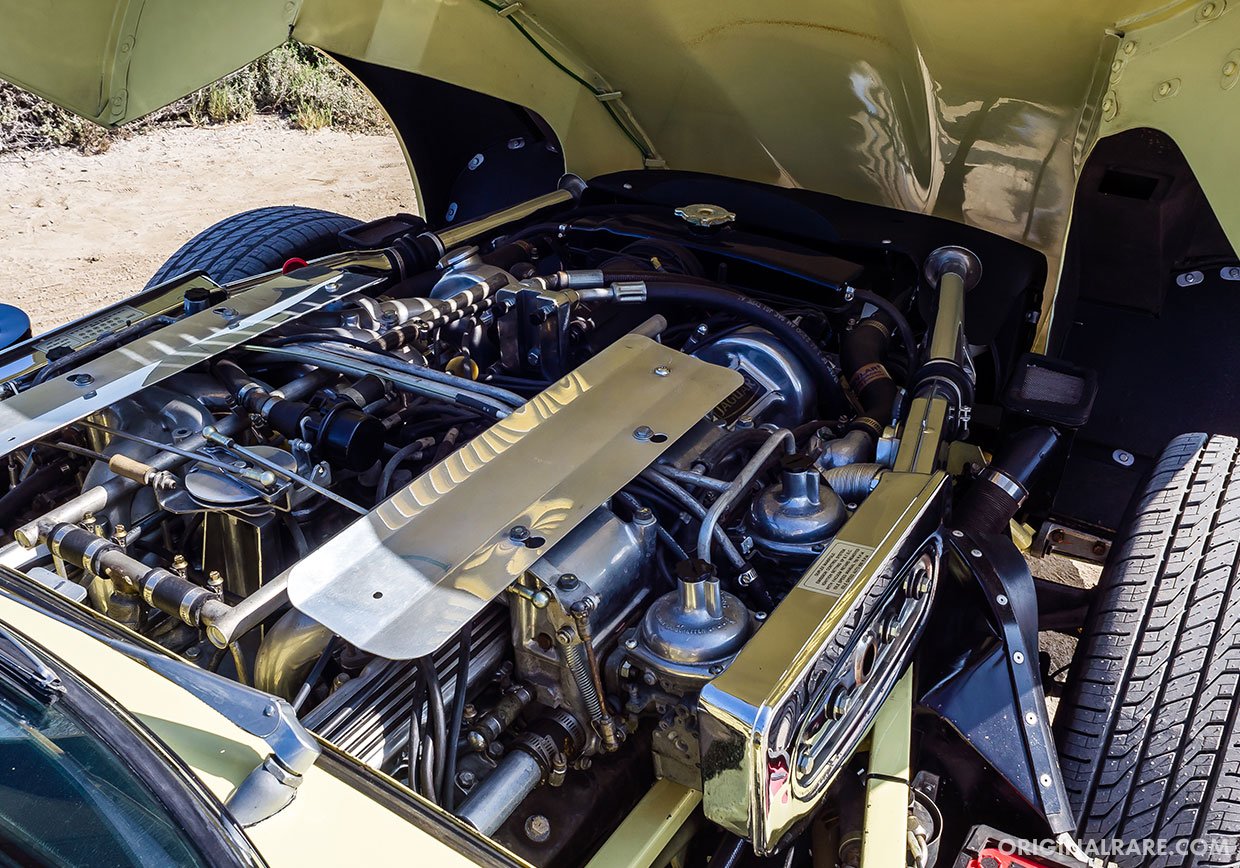 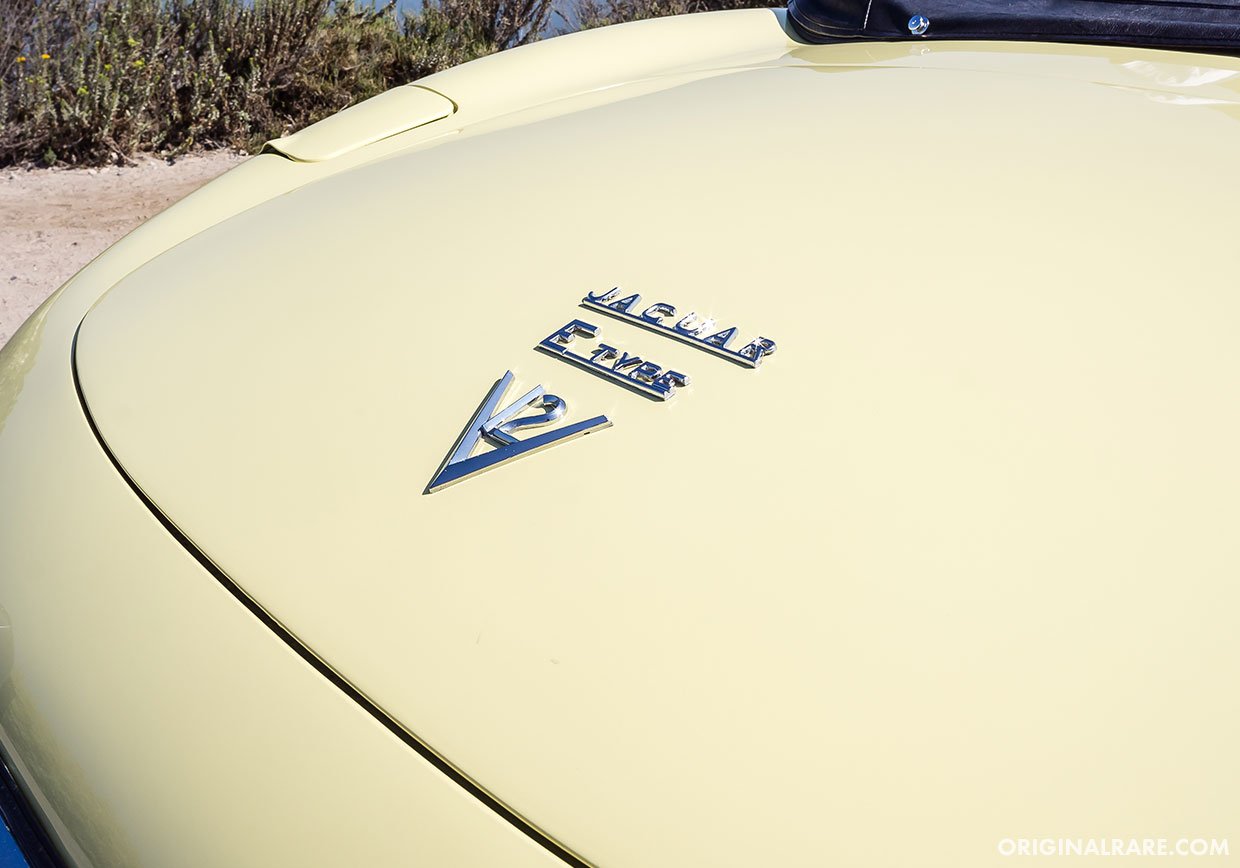