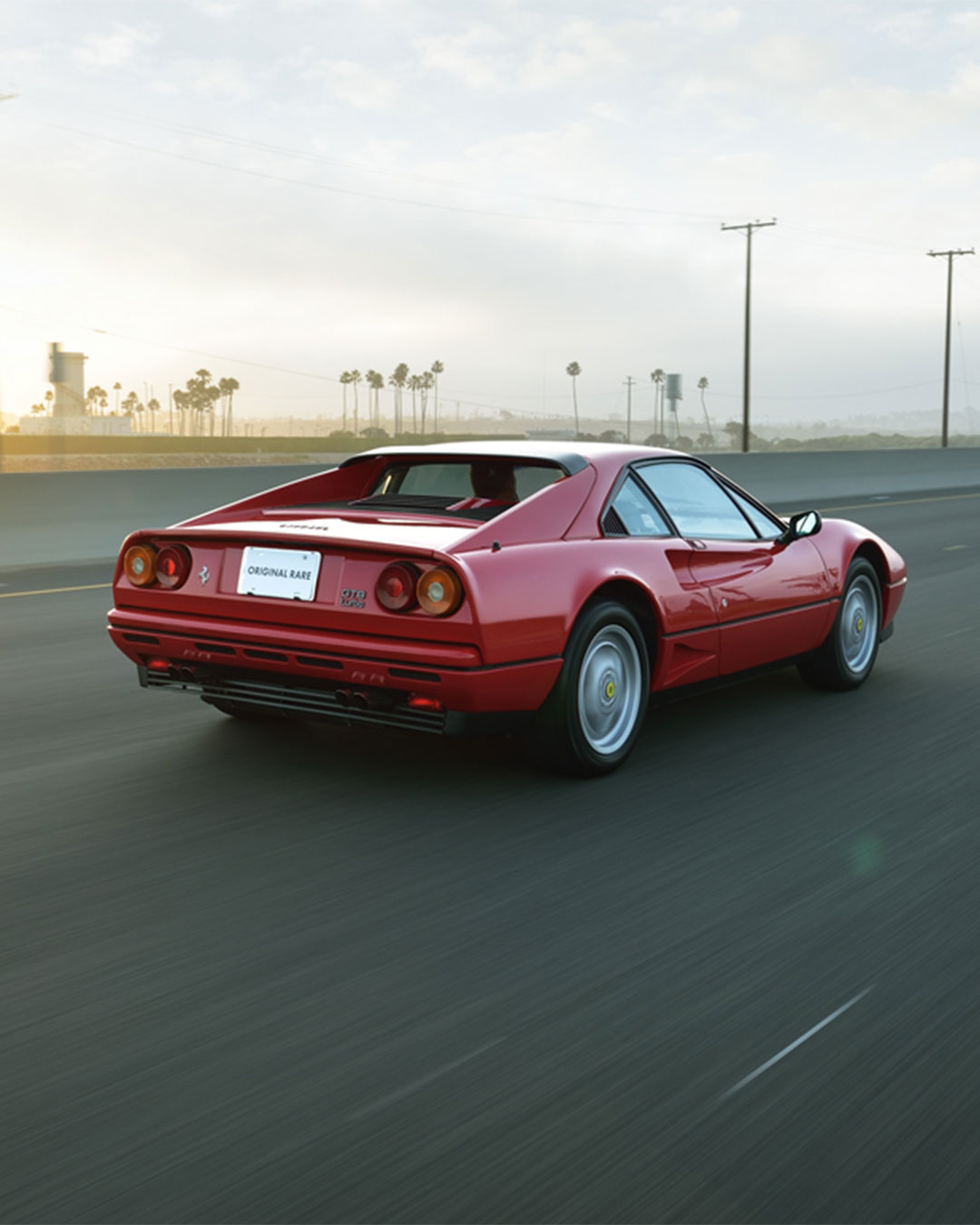 The GTB Turbo was, as the name implies, is a turbocharged variant of the 328 GTB, but fitted with a 2 liter engine.  Like the 328 GTB, the GTB Turbo model presented a softening of the wedge profile of its predecessor, the 208 GTB Turbo, with a redesigned nose that had a more rounded profile, that was complimented by similar treatment to the tail valance panel.  The revised nose and tail sections featured body color bumpers integral with the valance panels.

The GTB Turbo model had some differences that differentiated it from its normally aspirated cousin, notably a different engine lid louvre and raised central panel arrangement, a NACA duct forward of each rear wheel arch, and a row of five slim exhaust air slots in the rear valance panel.  It also featured the rear of roof aerofoil, which was optional on the 328 series, as standard equipment.

The GTB Turbo chassis carried type reference F 106 AB/TR.  Disc brakes, with independent suspension via wishbones, coil springs, and hydraulic shock absorbers, were provided all round, with front and rear anti roll bars.  The V8 engine was essentially of the same design as that used in the 208 GTB Turbo model, with a bore and stroke of 66.8mm x 71mm, and a type reference number F 106 N 000.

The engine retained the Bosch K-Jetronic fuel injection system of its predecessor, but was fitted with an IHI turbocharger with a Behr intercooler operating at a boost pressure of 1.05 bar, with a Marelli MED 807 A electronic ignition system, to produce a claimed power output of 254bhp at 6500rpm.  As with the earlier models the engine was mounted in unit with the all synchromesh five speed transmission assembly, which was below, and to the rear of the engine’s sump.

The GTB Turbo model continued in production for three years, during which time 308 examples were produced in the chassis number range 63277 to 83137.  The early part of the series was numbered in the Ferrari odd number road car chassis sequence, and later examples in the continuous number sequence. 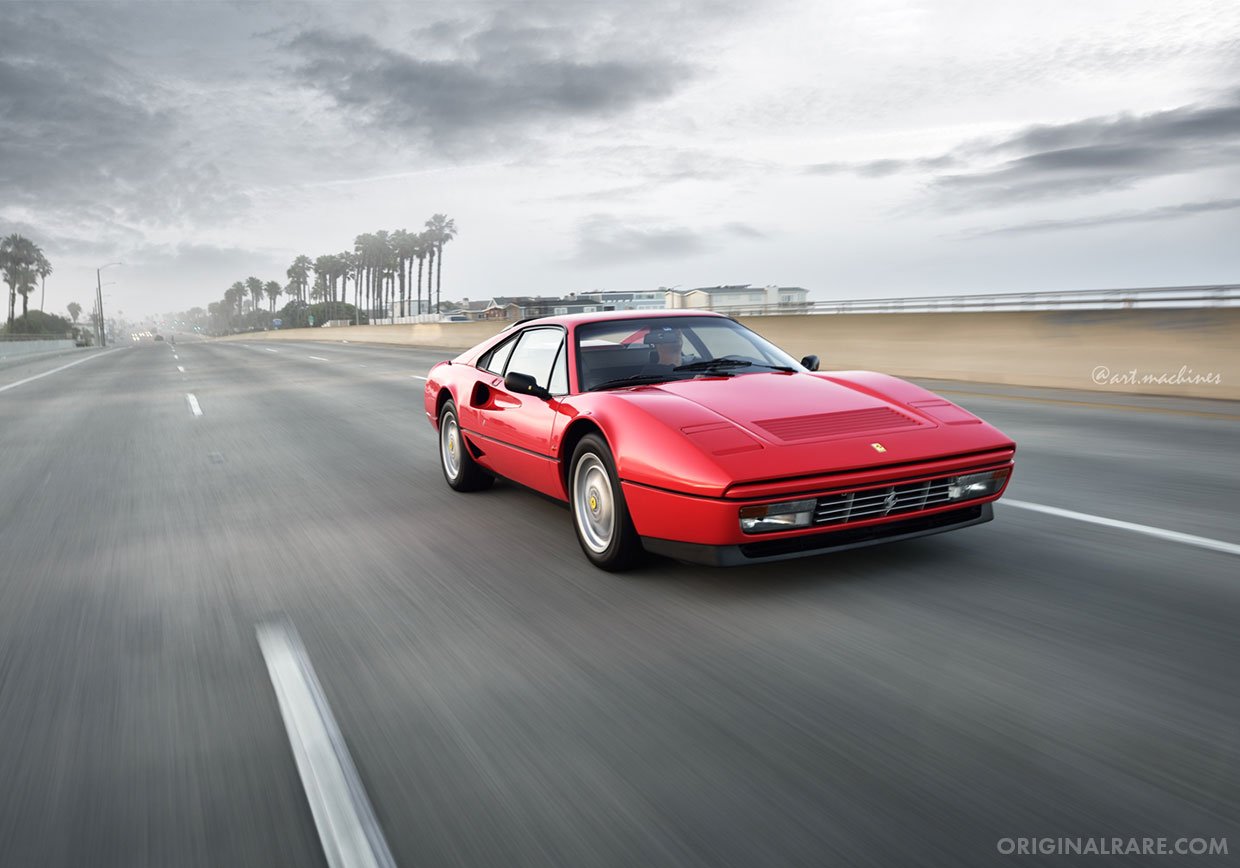 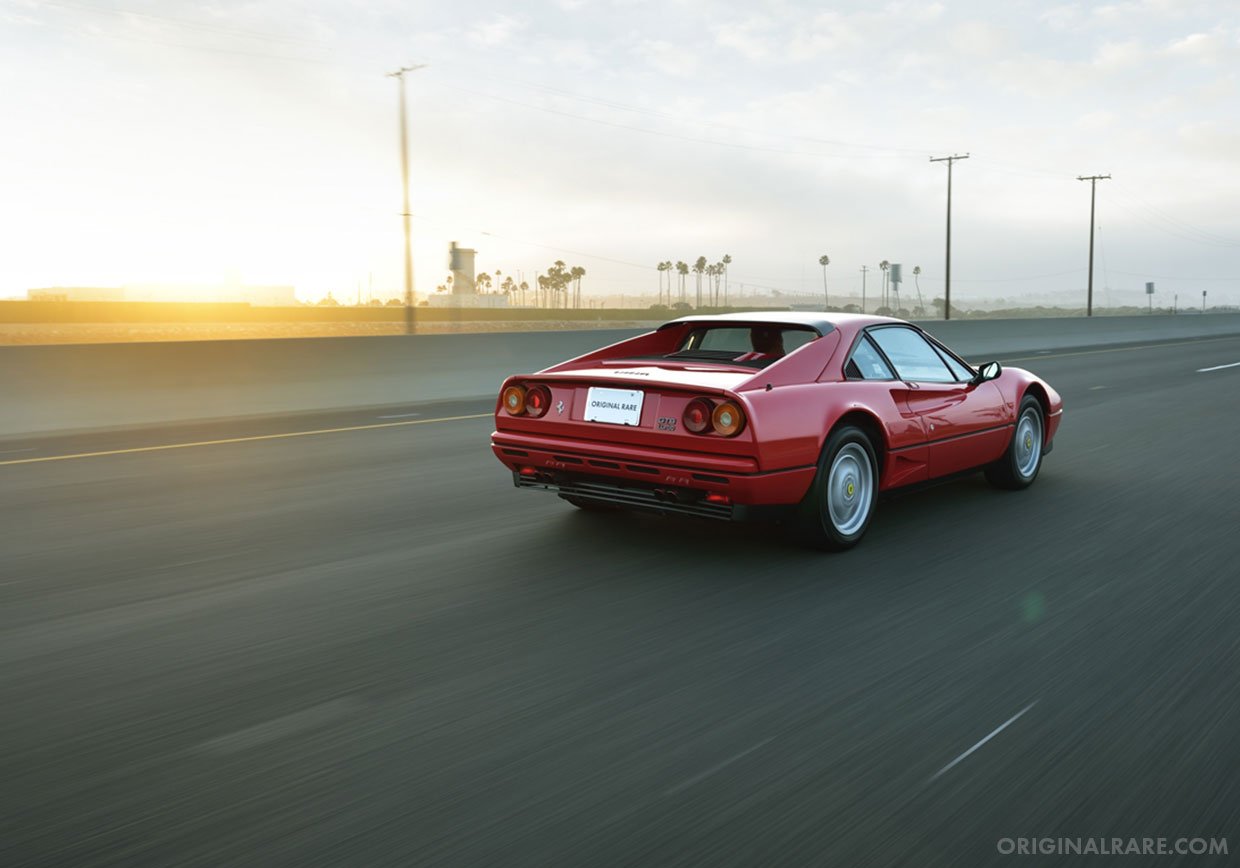 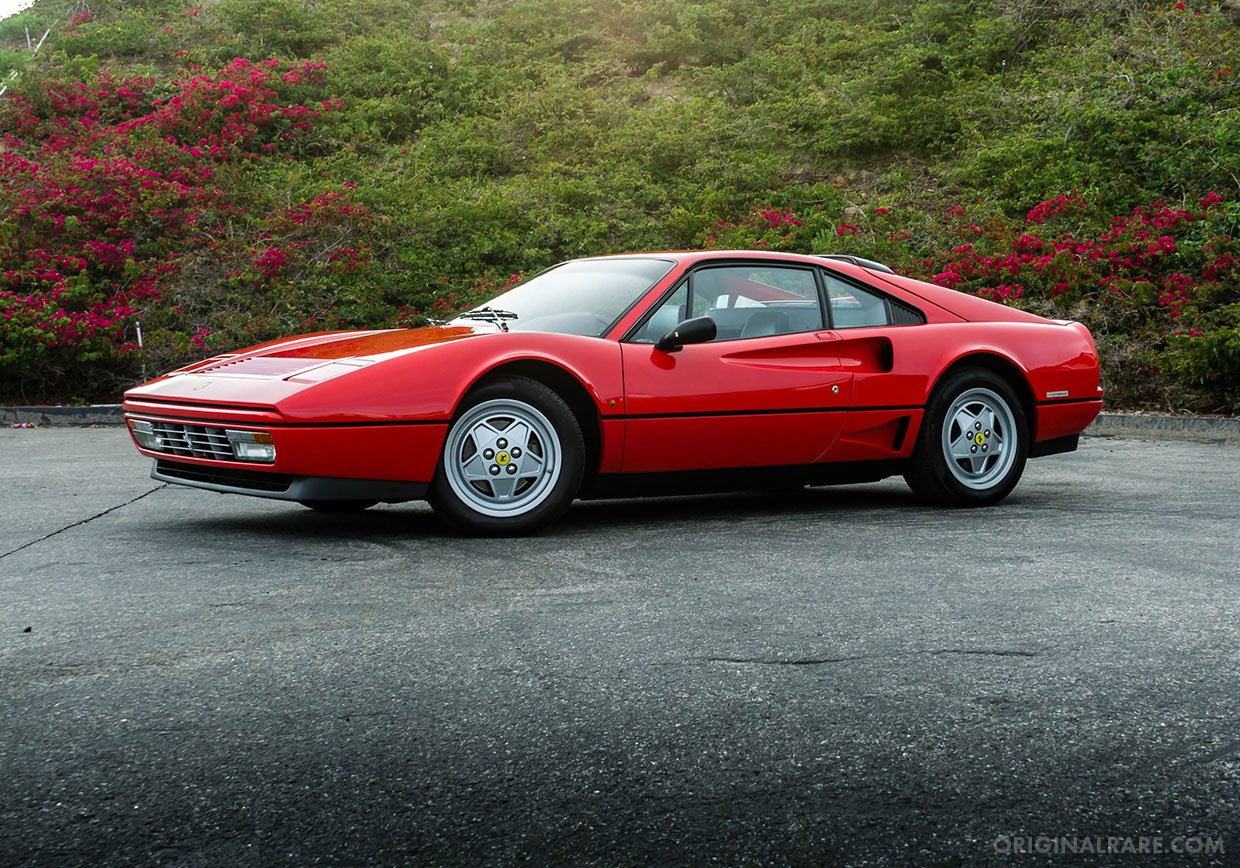 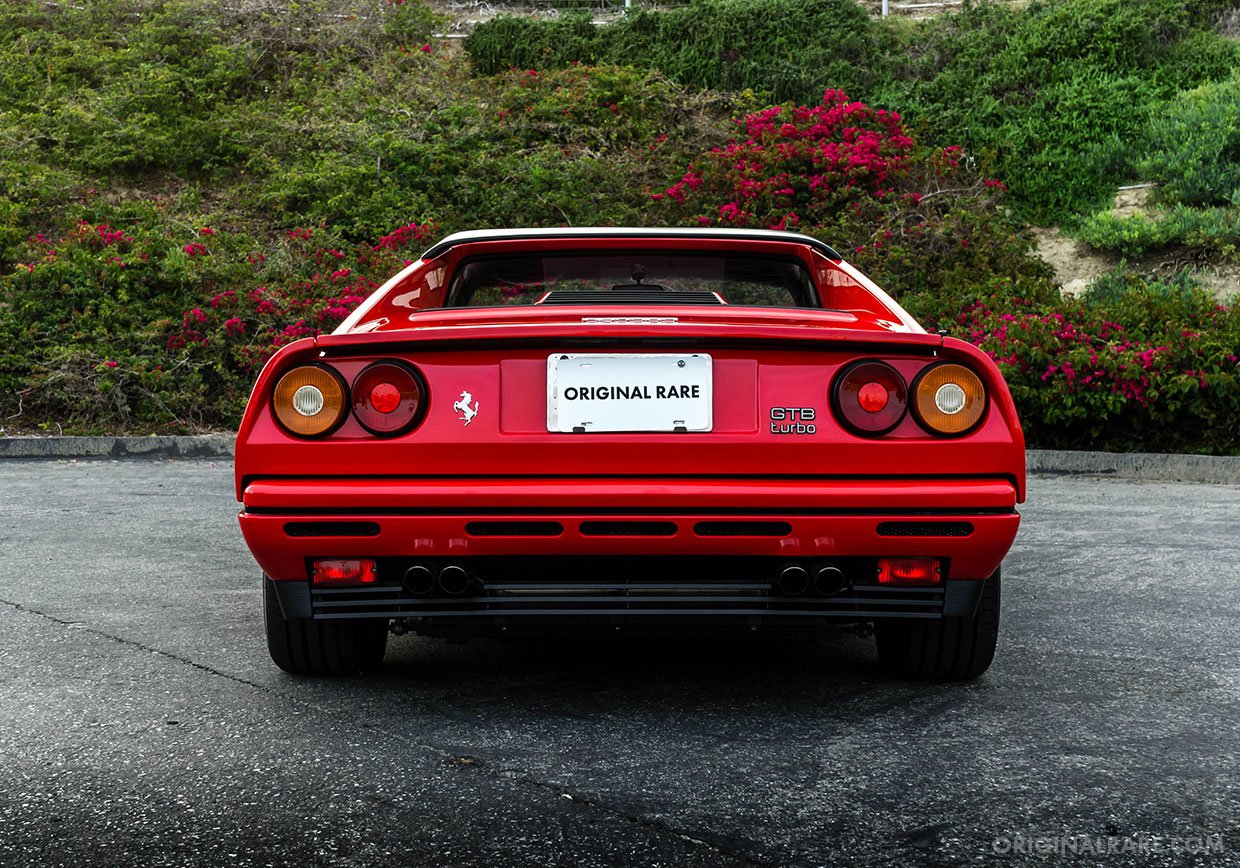 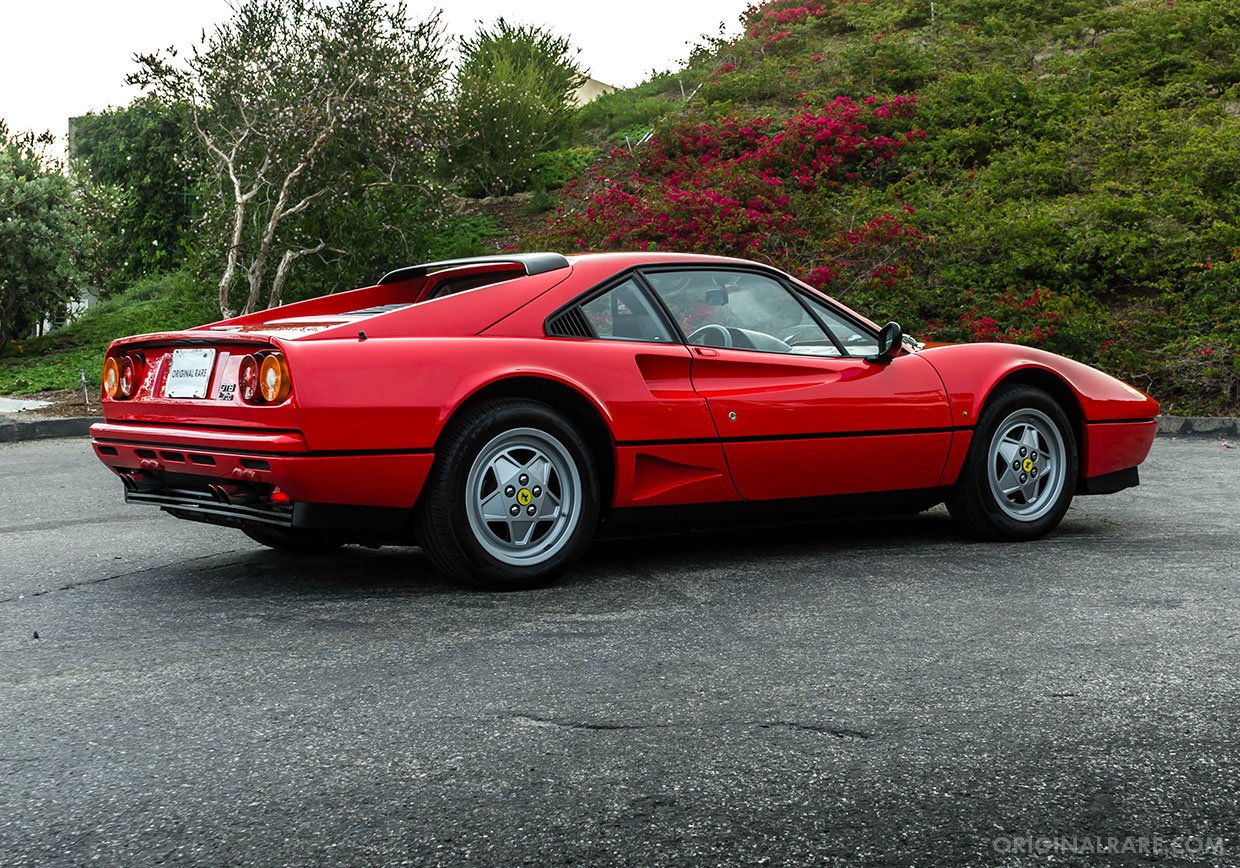 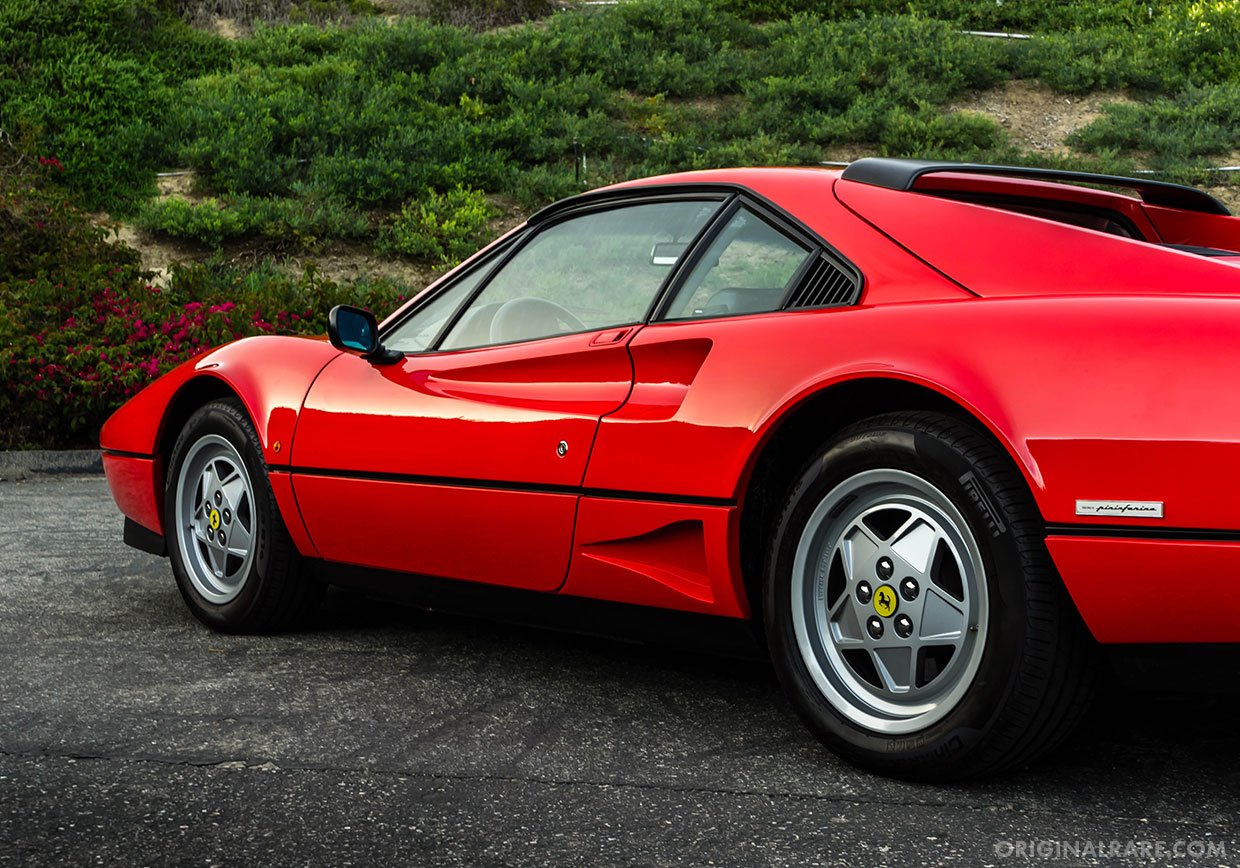 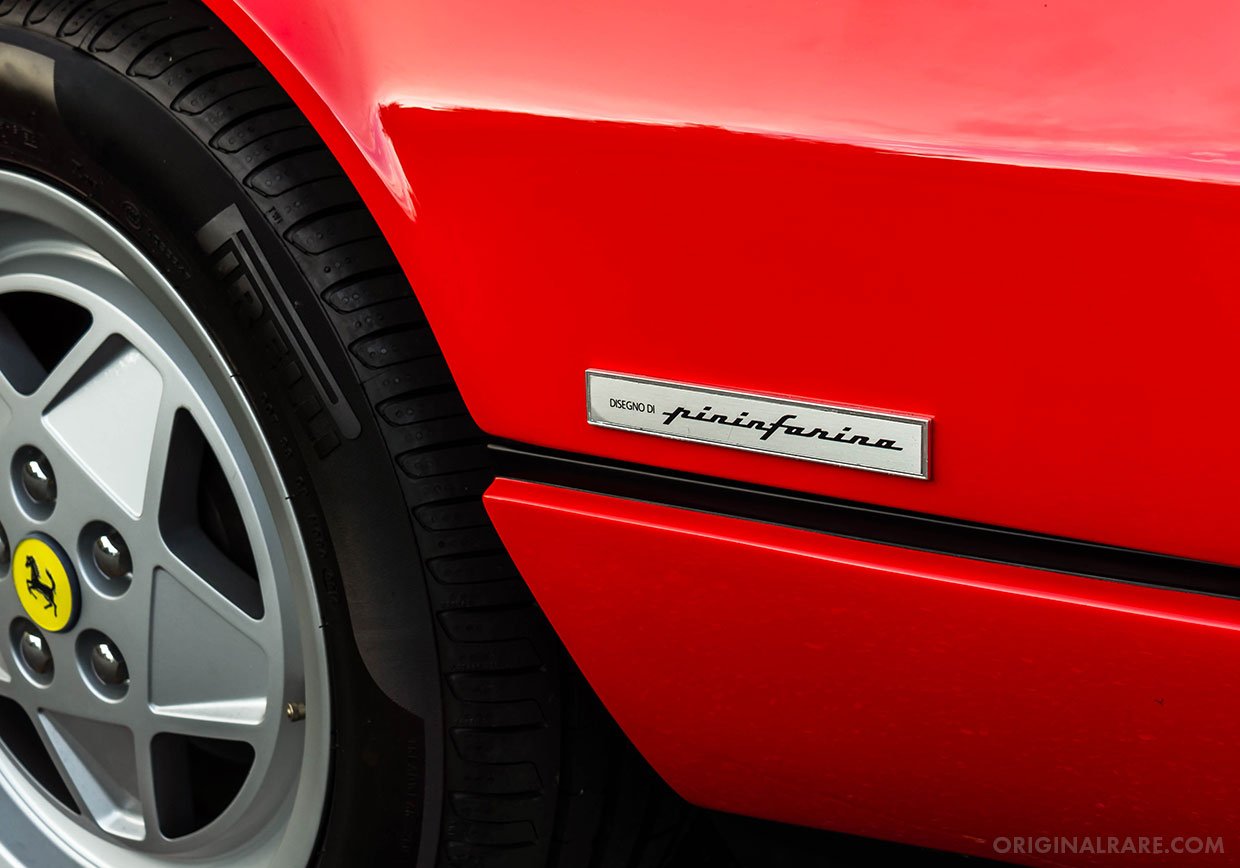 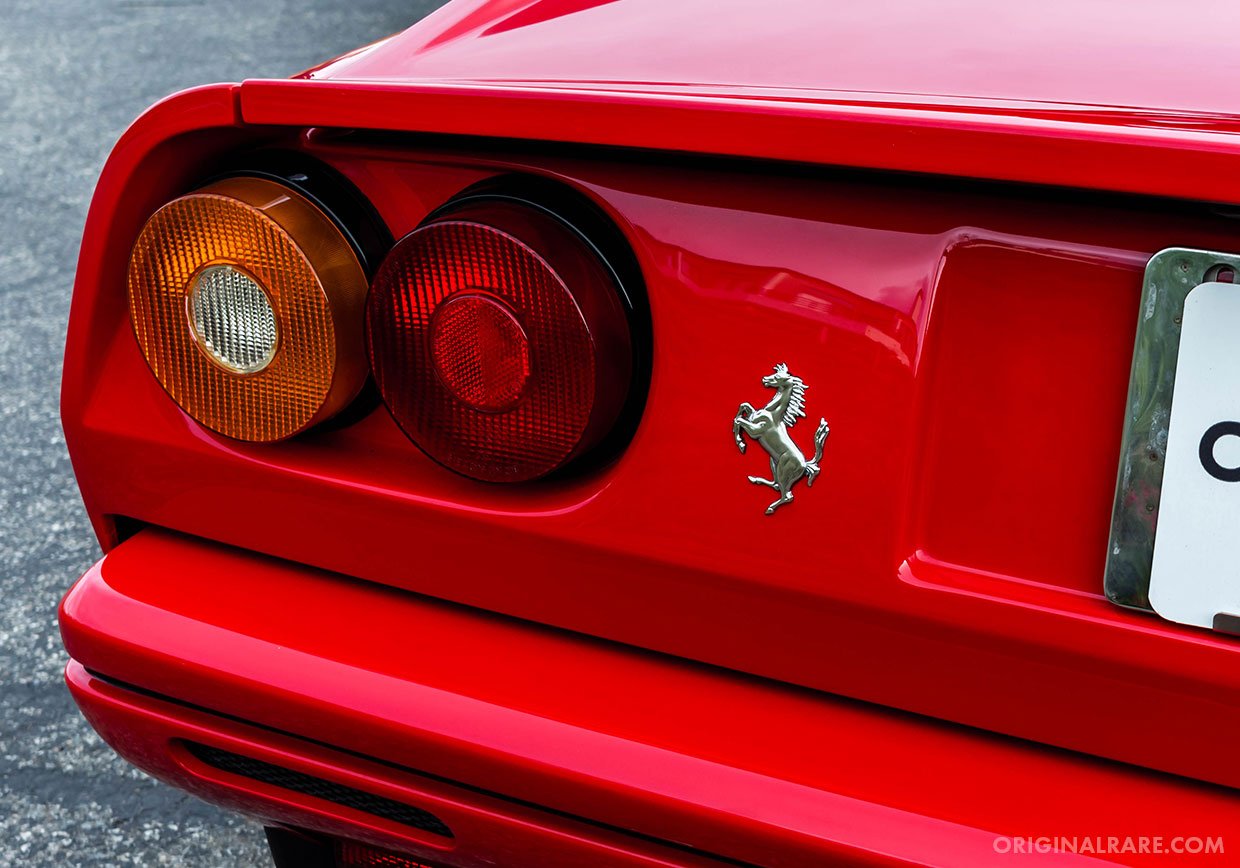 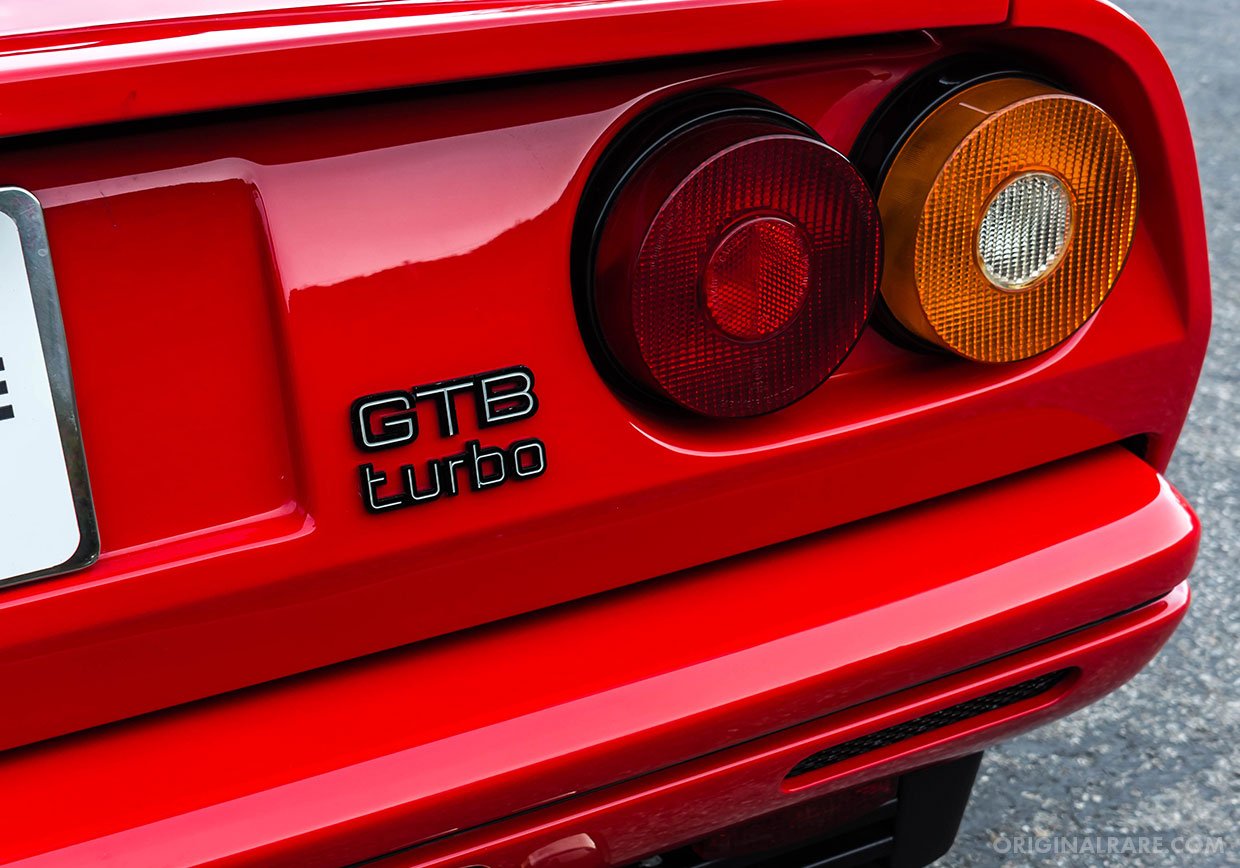 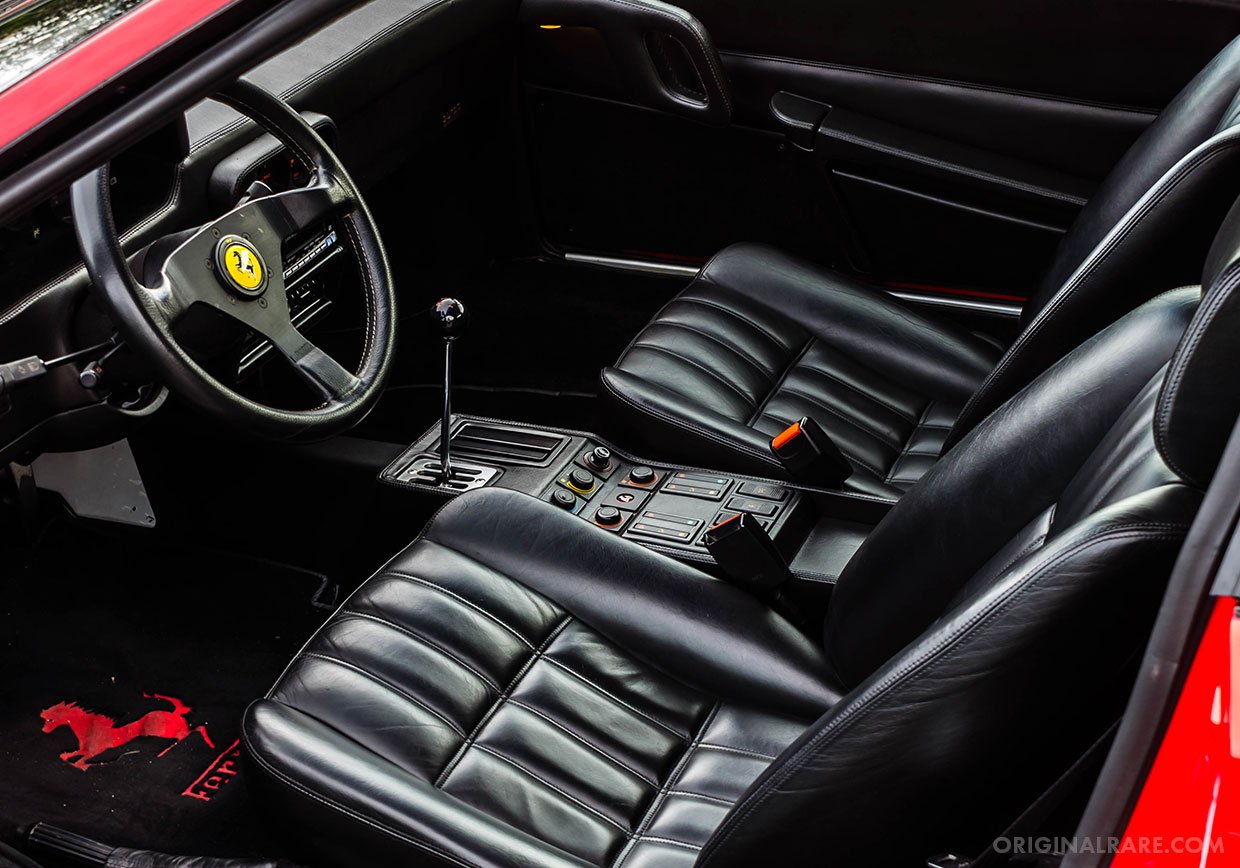 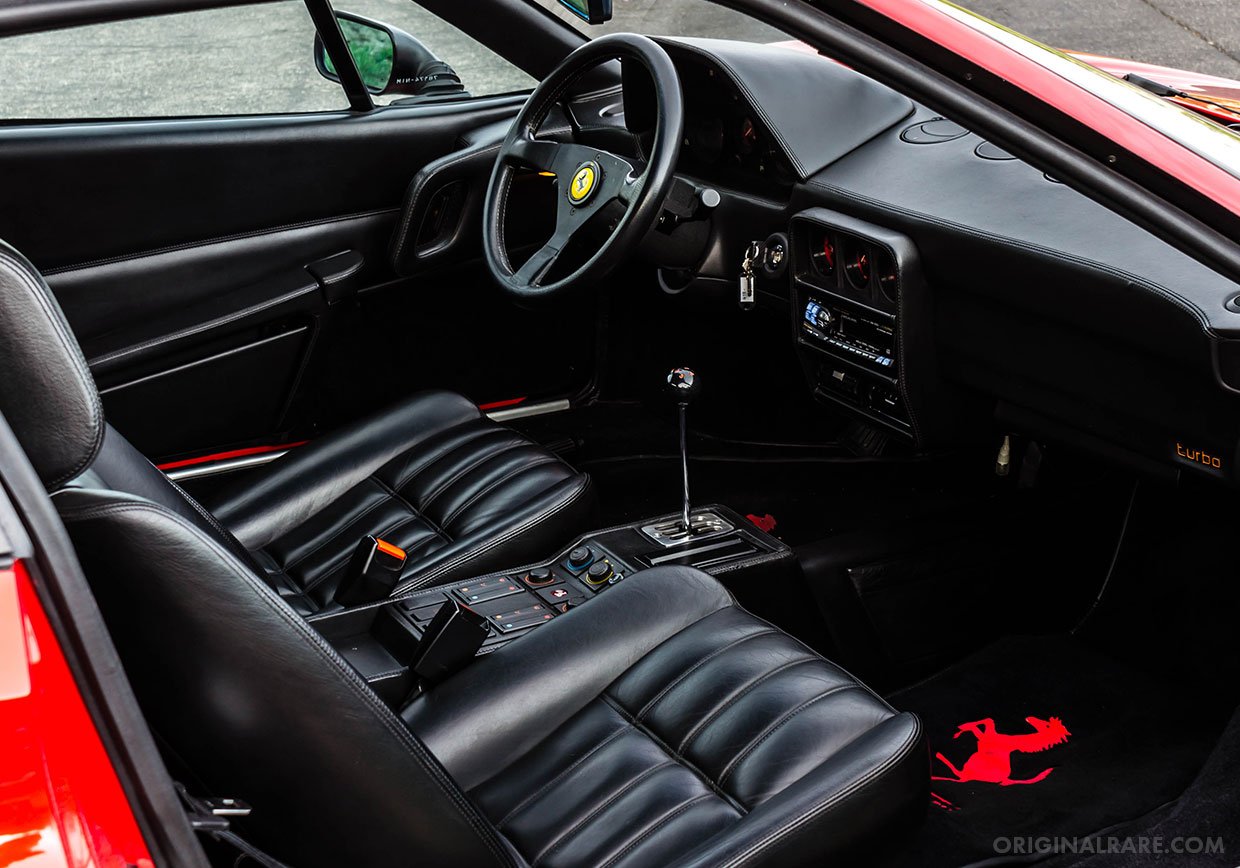 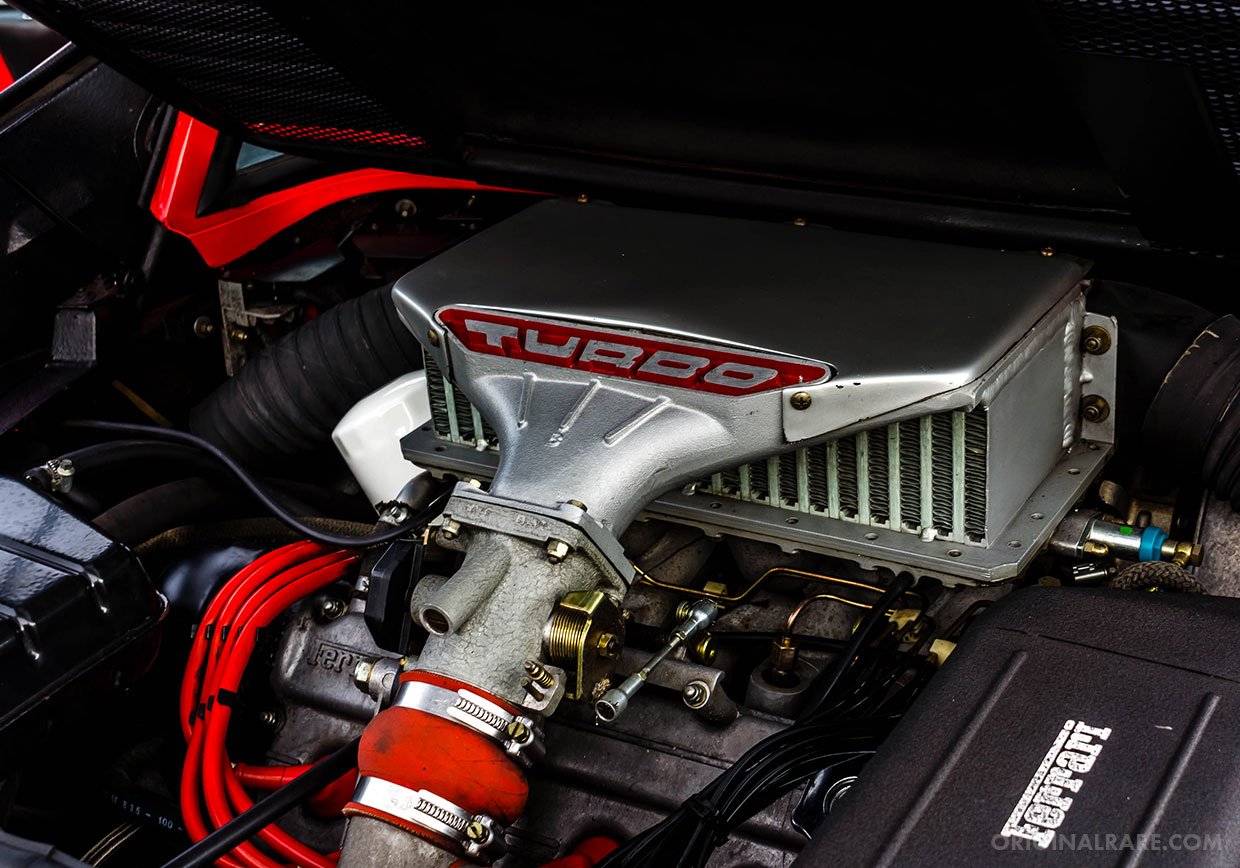