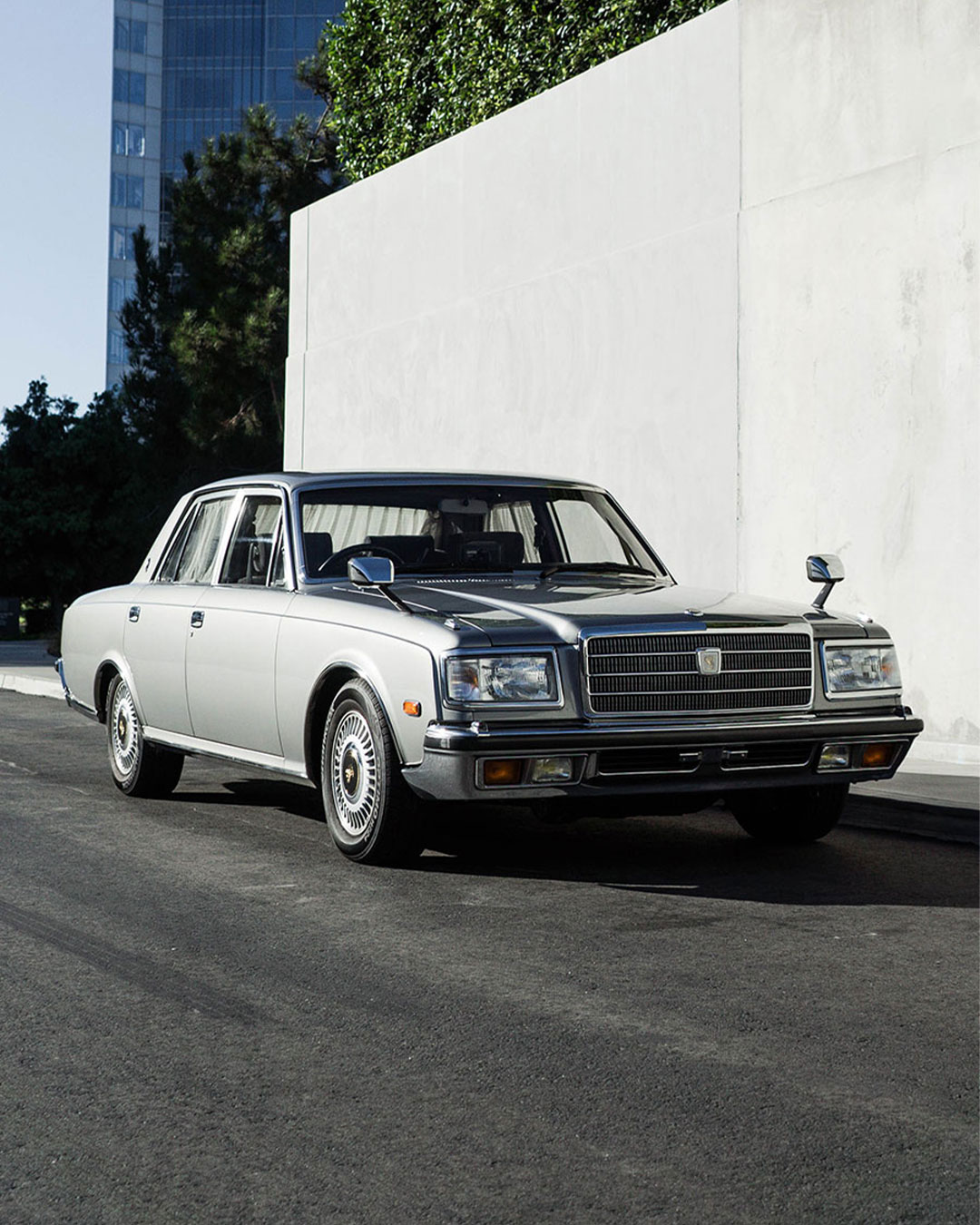 This 1993 Toyota Century comes from the model’s long-lived first generation and is powered by a 4.0L Toyota V8 backed by an automatic transmission. The car is finished in silver over a grey wool interior and features massaging rear seats, powered rear privacy curtains, and a reclining feature for the left rear passenger. This Century has been in California since being imported from Japan by the selling dealer in April 2018, and was recently featured on “Jay Leno’s Garage.” It is offered with service records from 1996-2016 and a clean Montana title.

The first-generation Century was updated several times over its 30-year production run, including the addition of flush-mounted headlights and a restyled rear valance. This example is finished in silver and equipped with forward-mounted wing mirrors.

The rear armrest contains an integrated cassette radio and a control panel for the massaging rear seats. A section of the front bench seat backrest folds rearward to create a pass-through for the left rear passenger’s legs. The car is also equipped with a rear air conditioning unit and powered privacy curtains.

The 4.0L 5V-EU pushrod V8 was developed in cooperation with Yamaha as the first aluminum-block Japanese engine, and features hemispherical combustion chambers. Power is sent to the rear wheels via an automatic transmission. Records are available from 1996 at 12k kilometers through a service in 2016 at 53k kilometers. 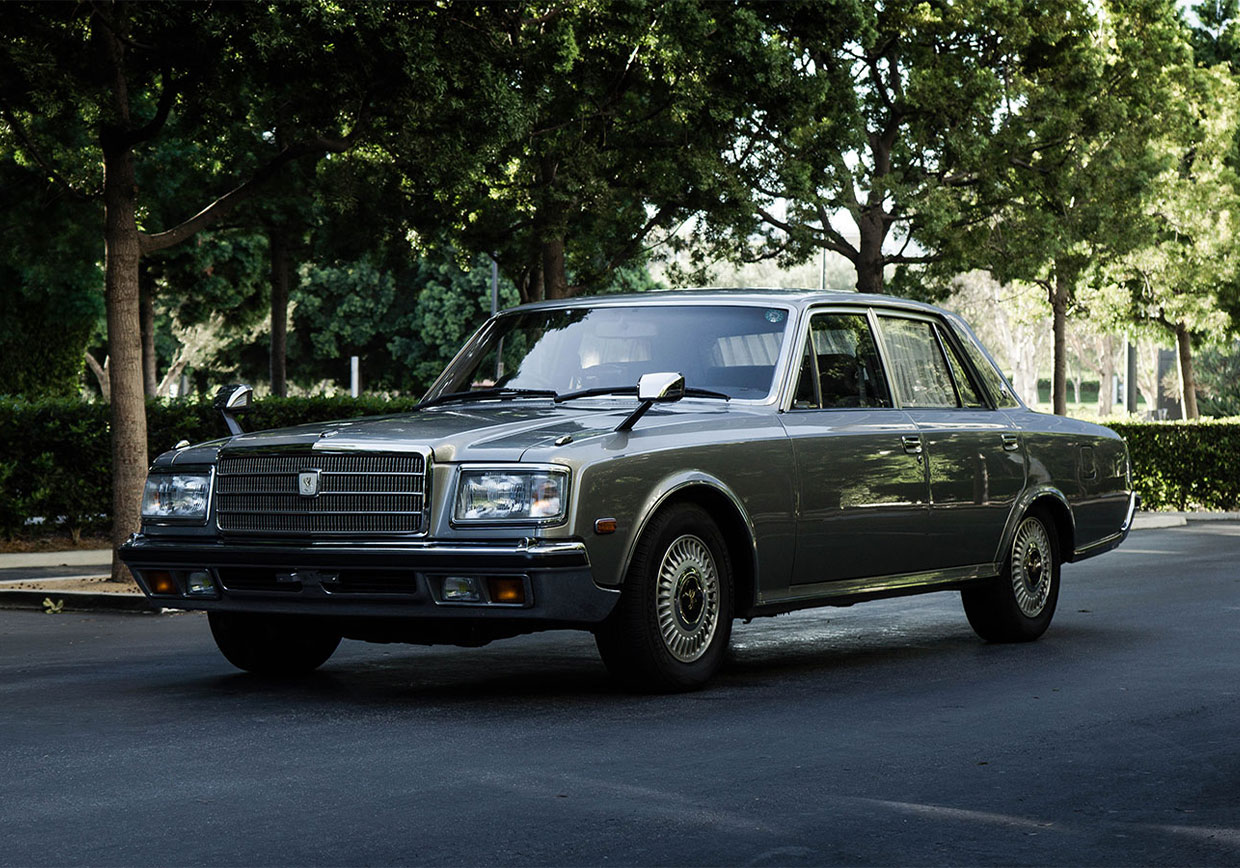 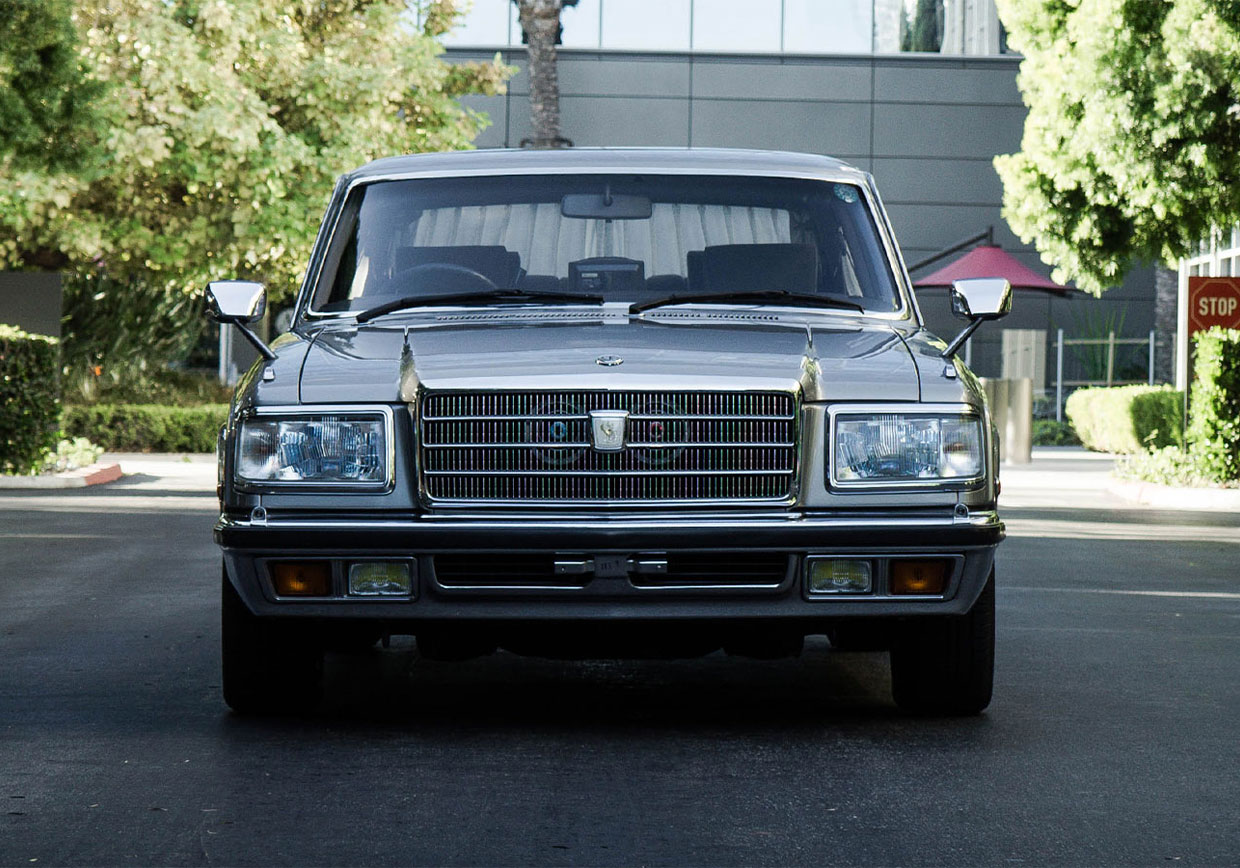 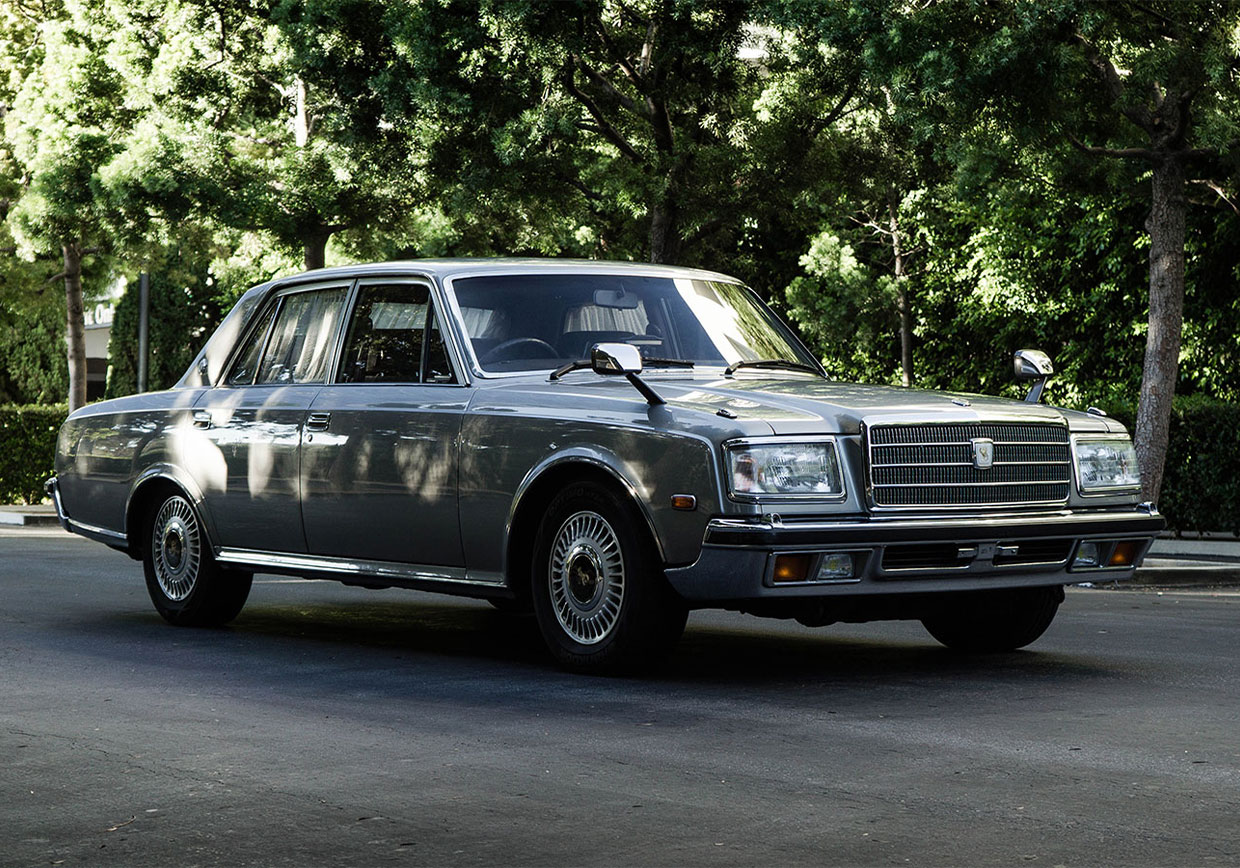 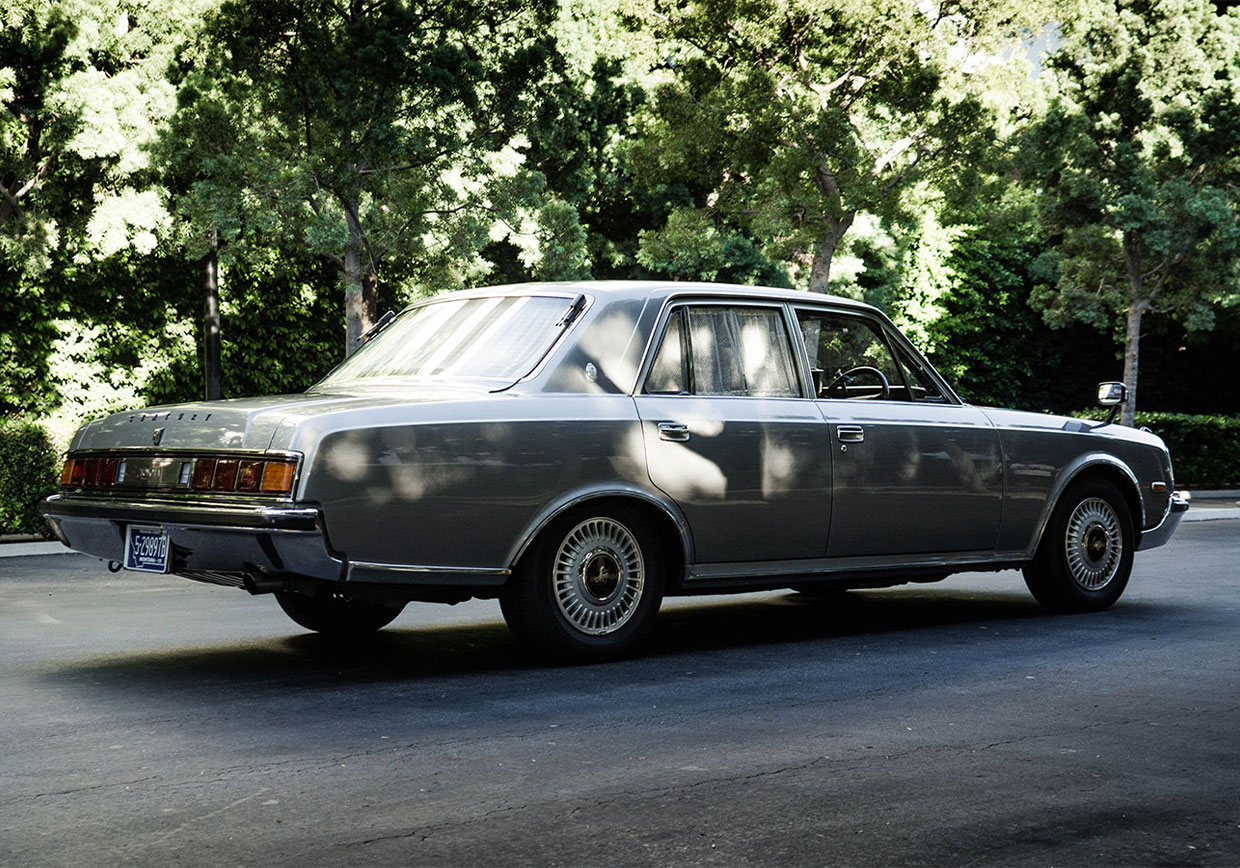 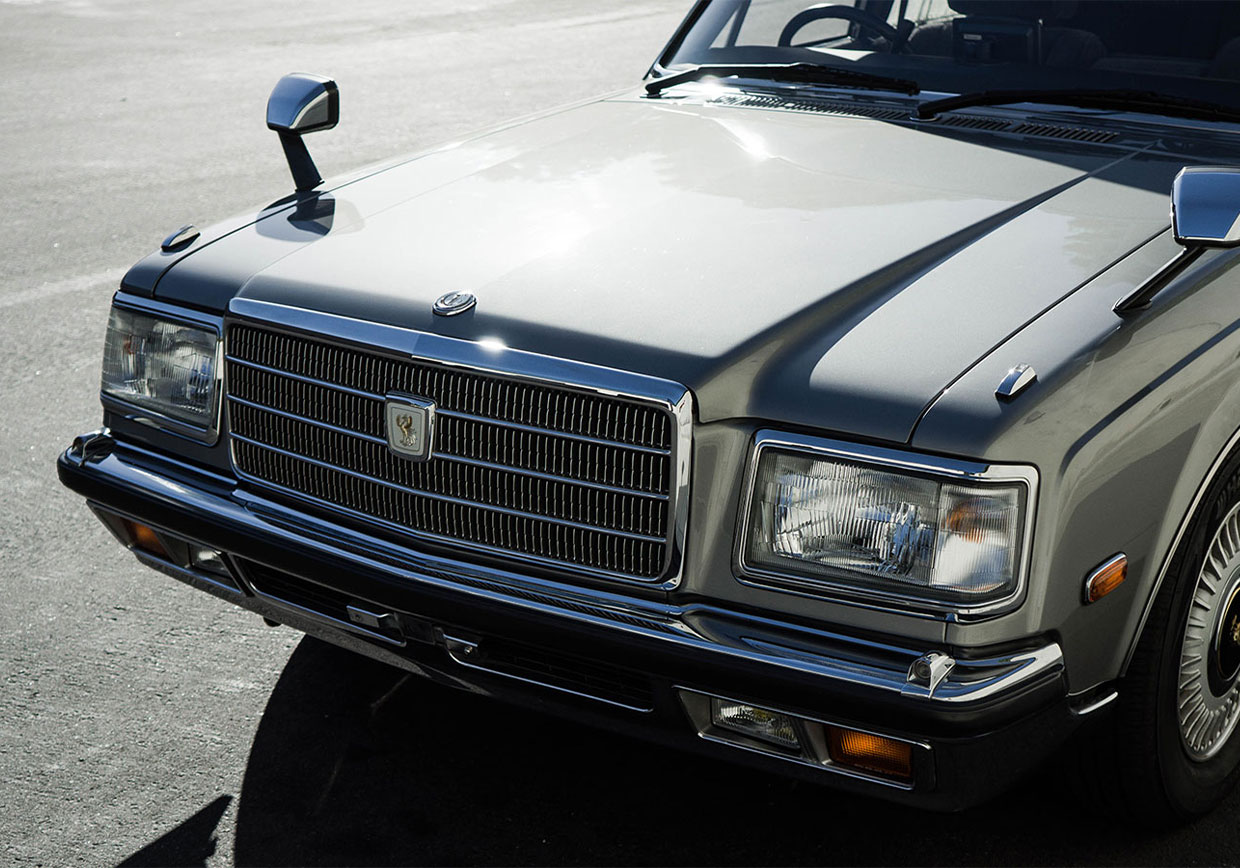 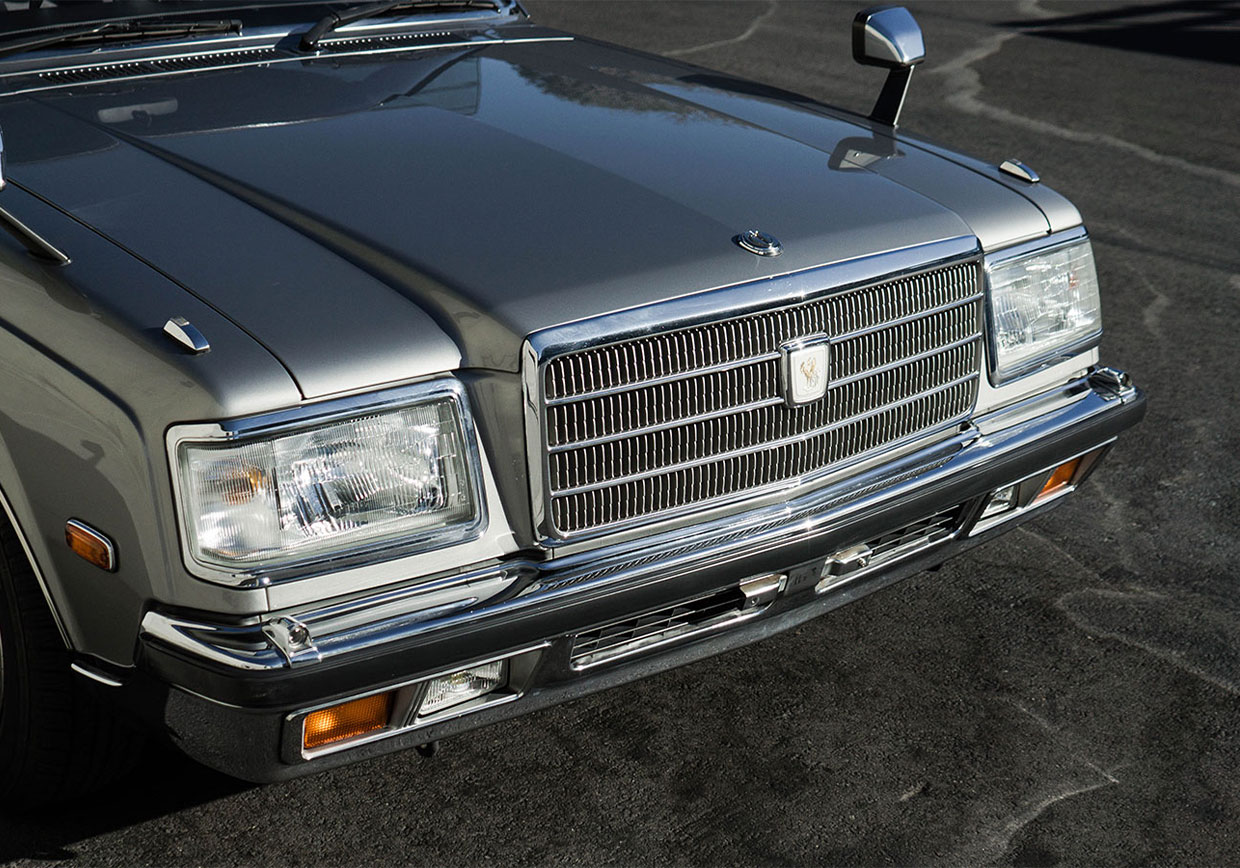 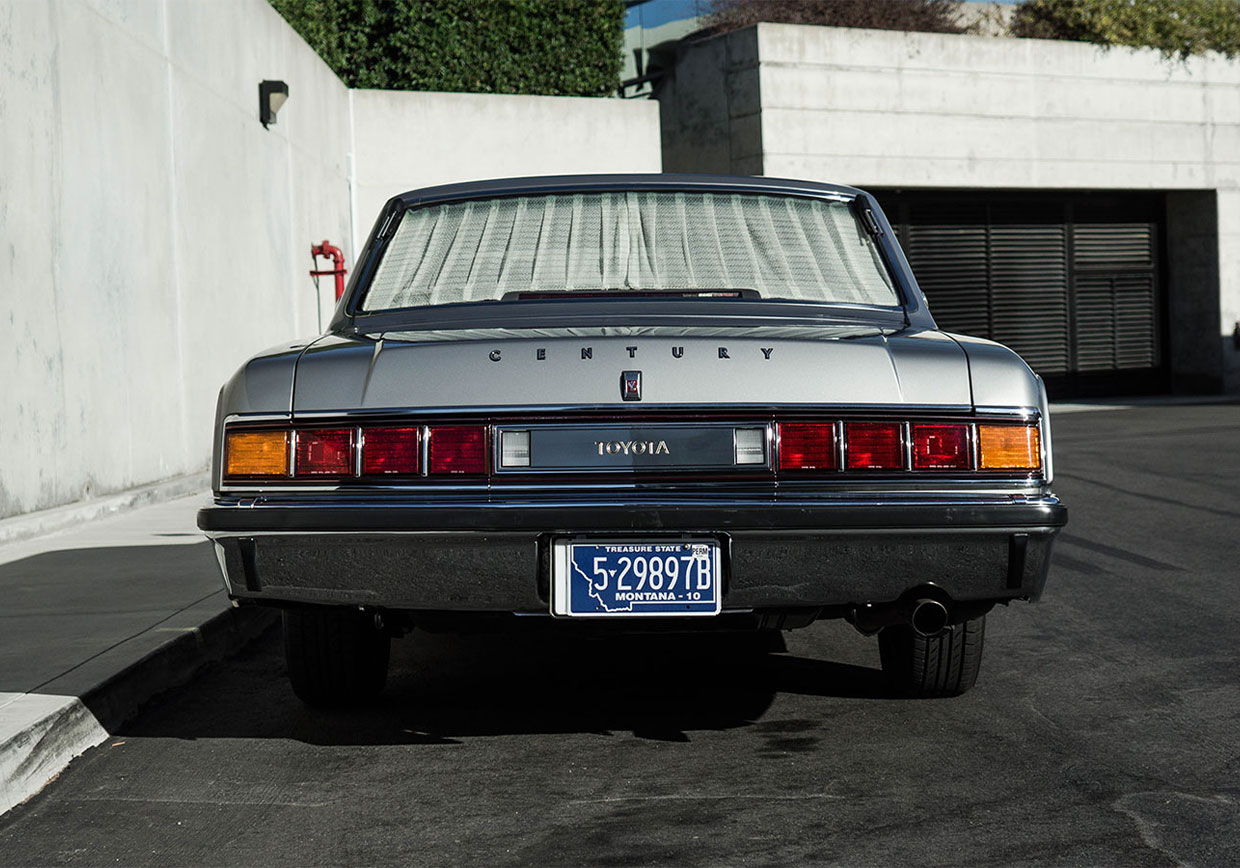 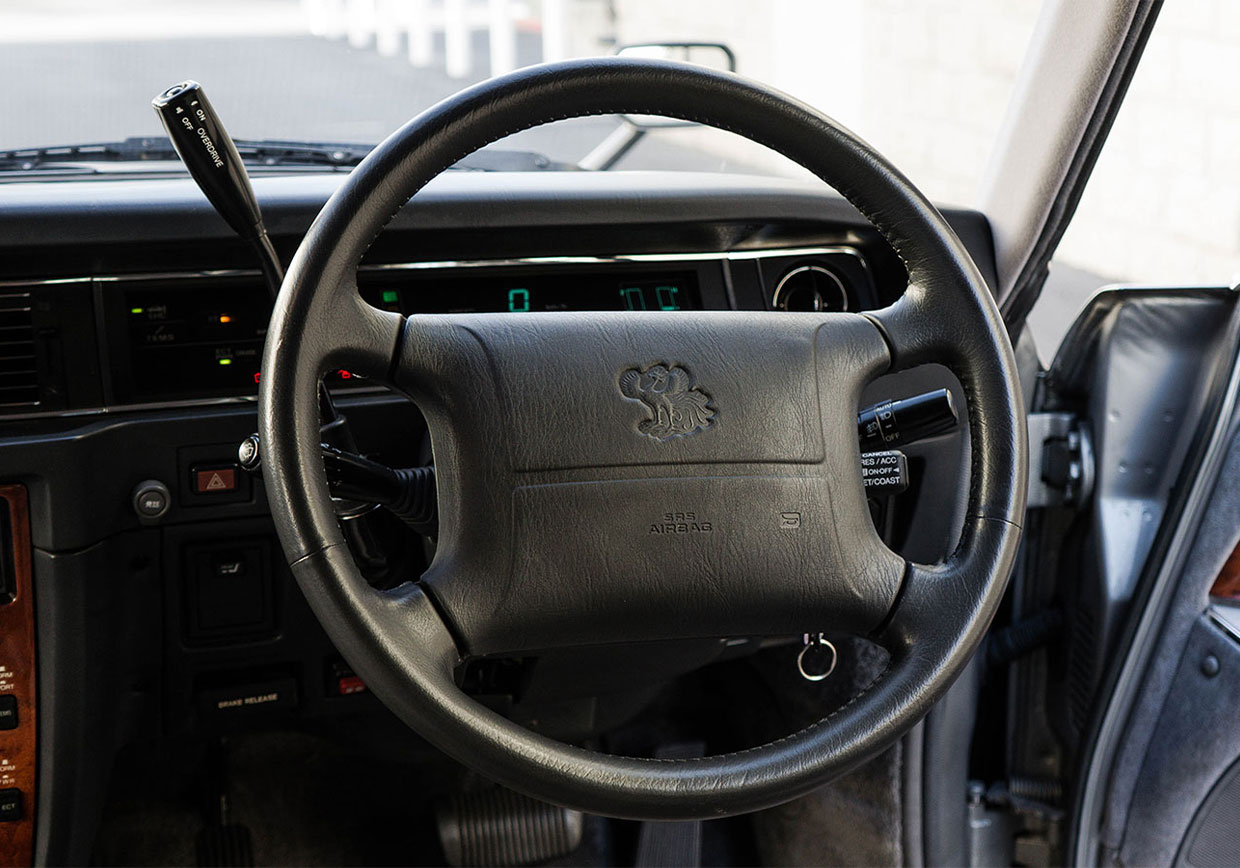 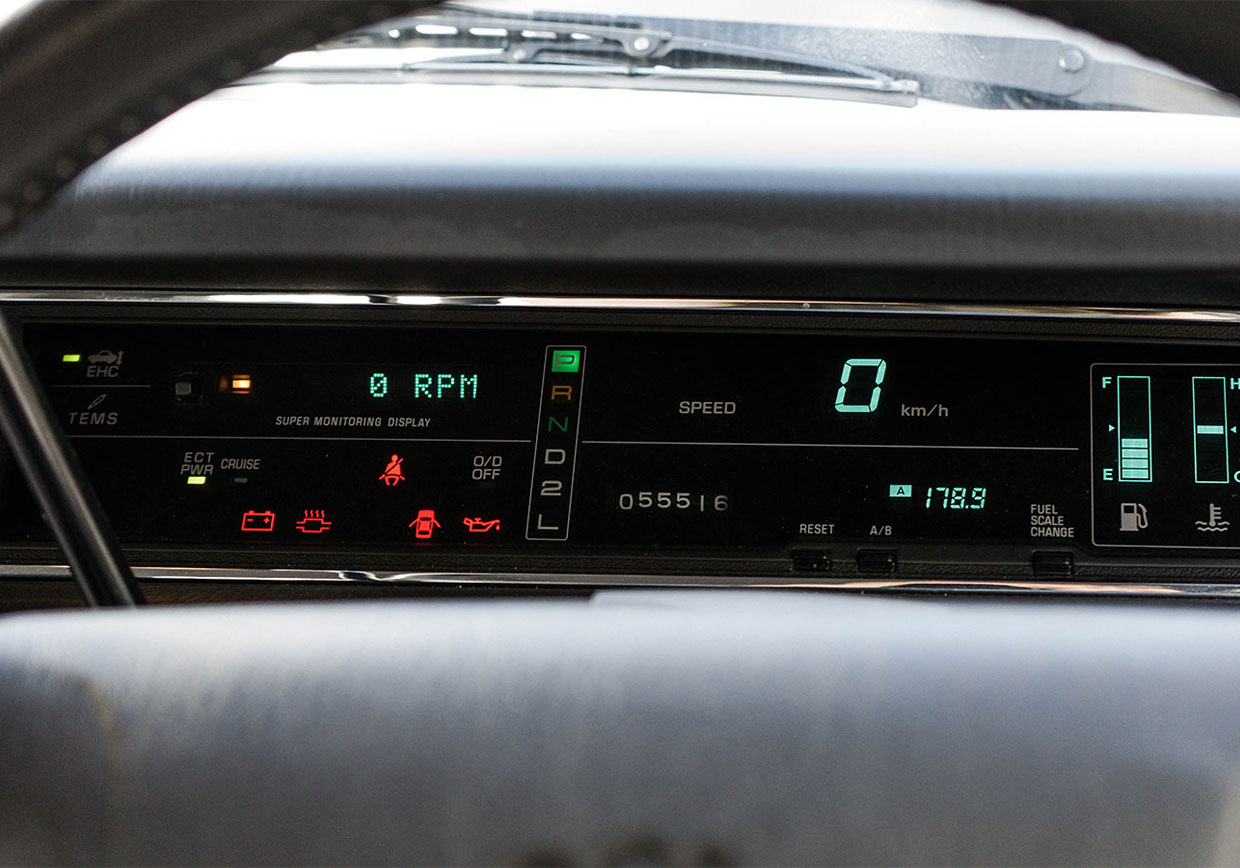 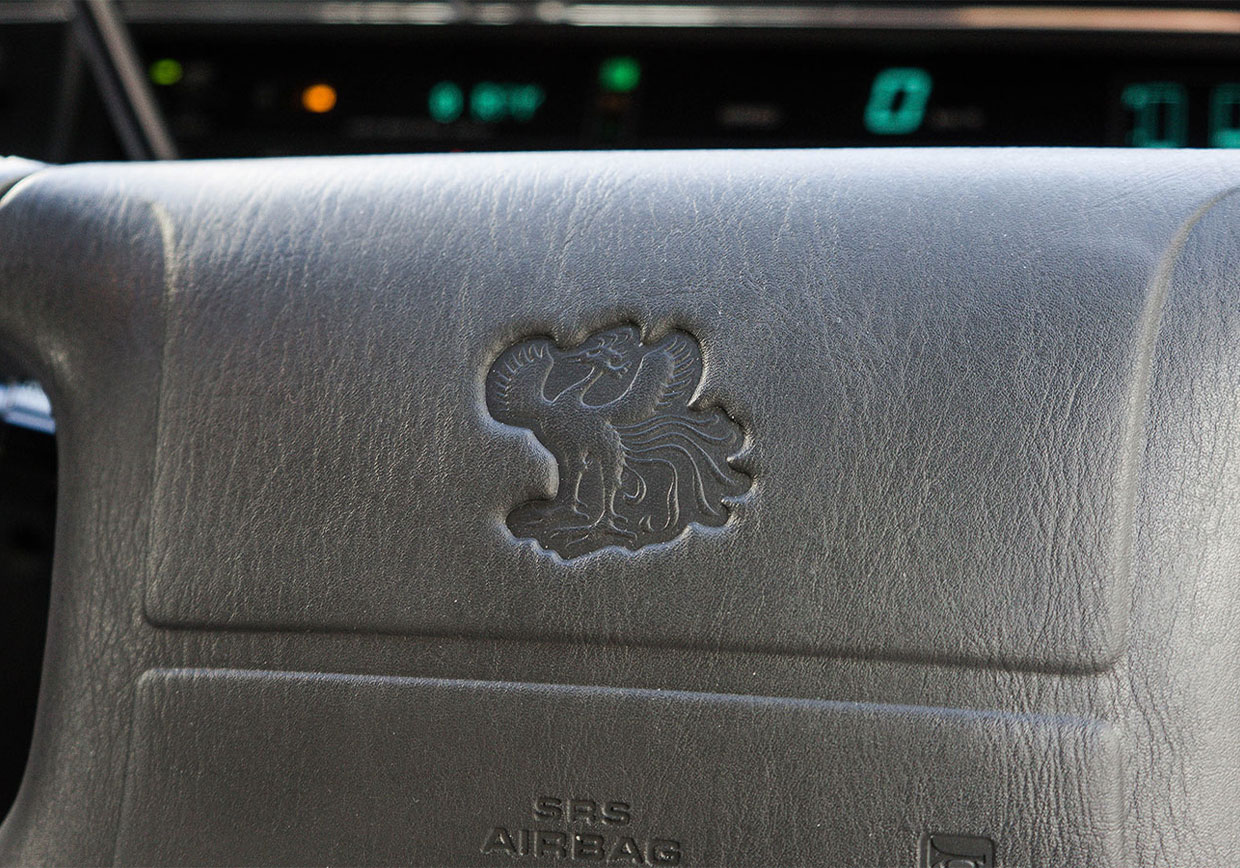 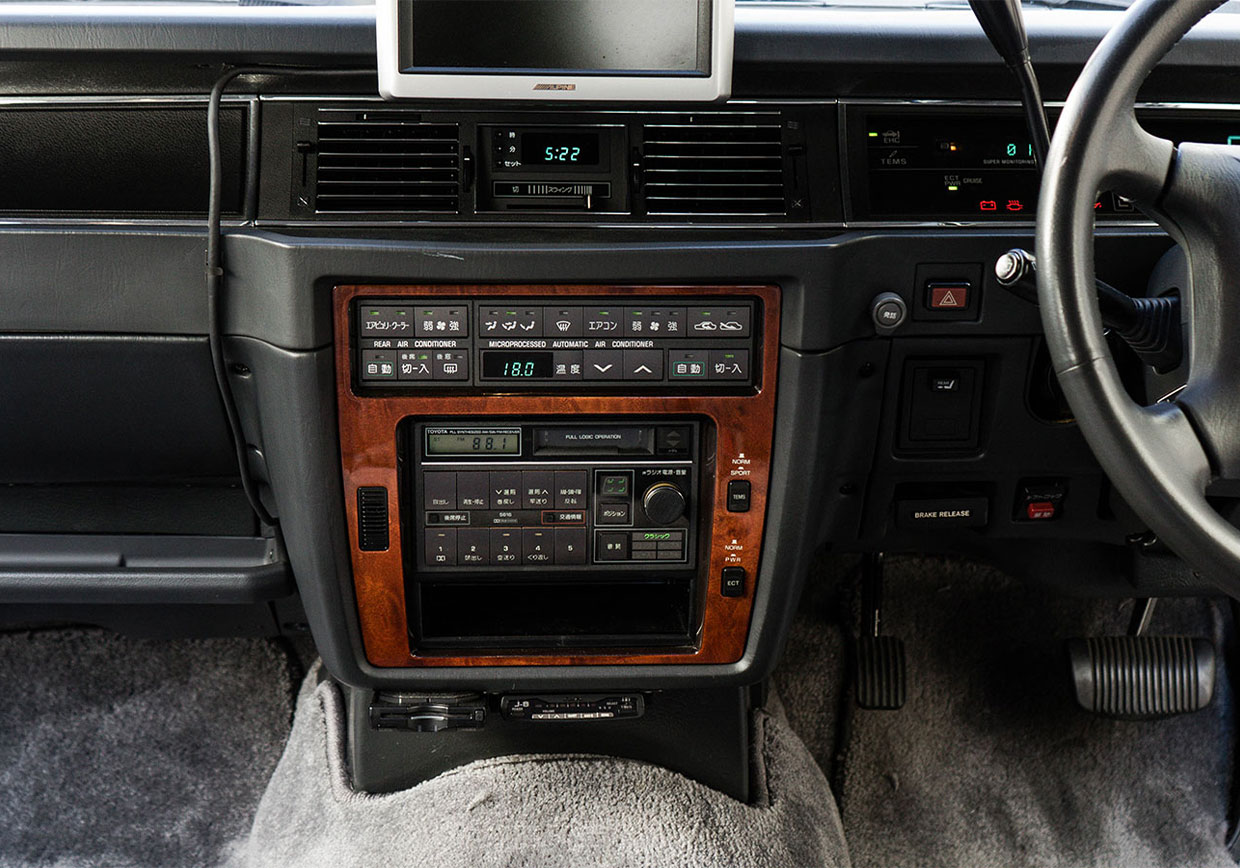 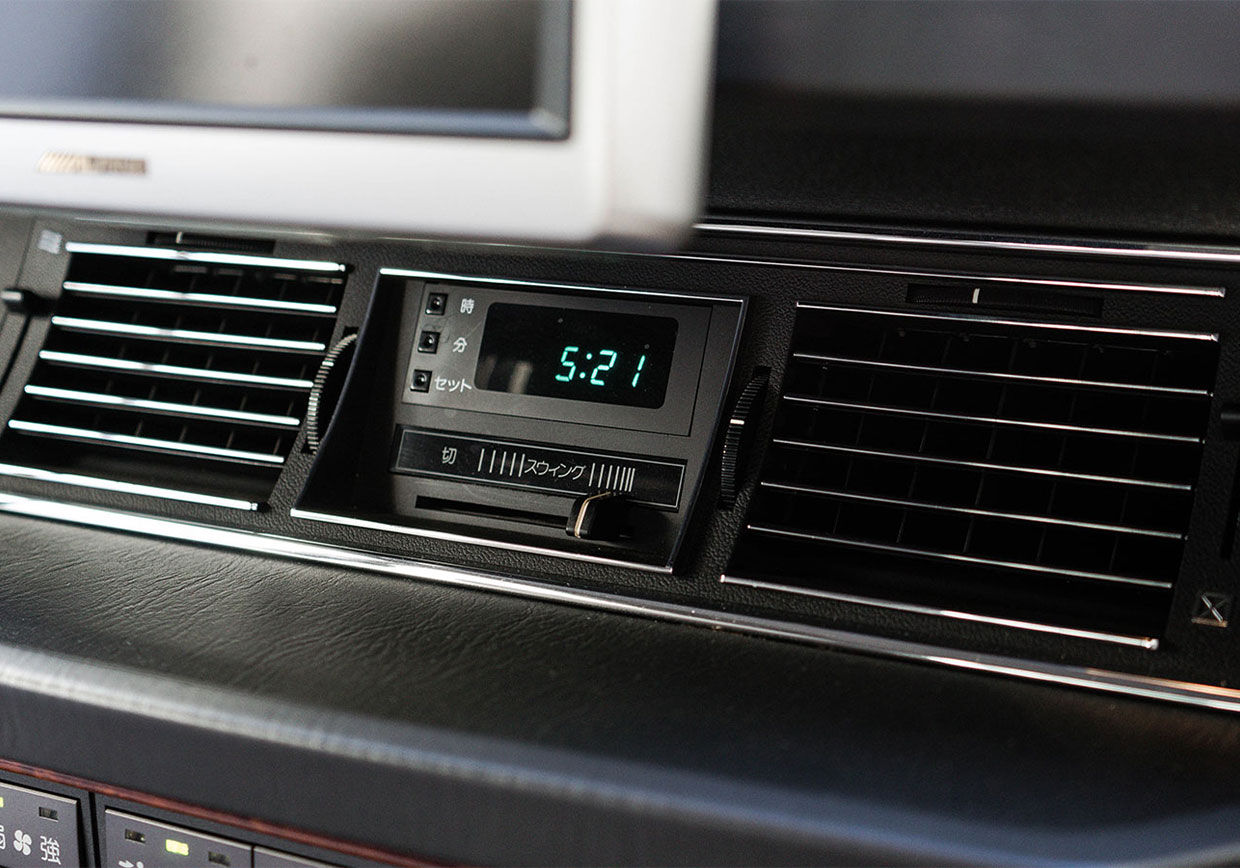 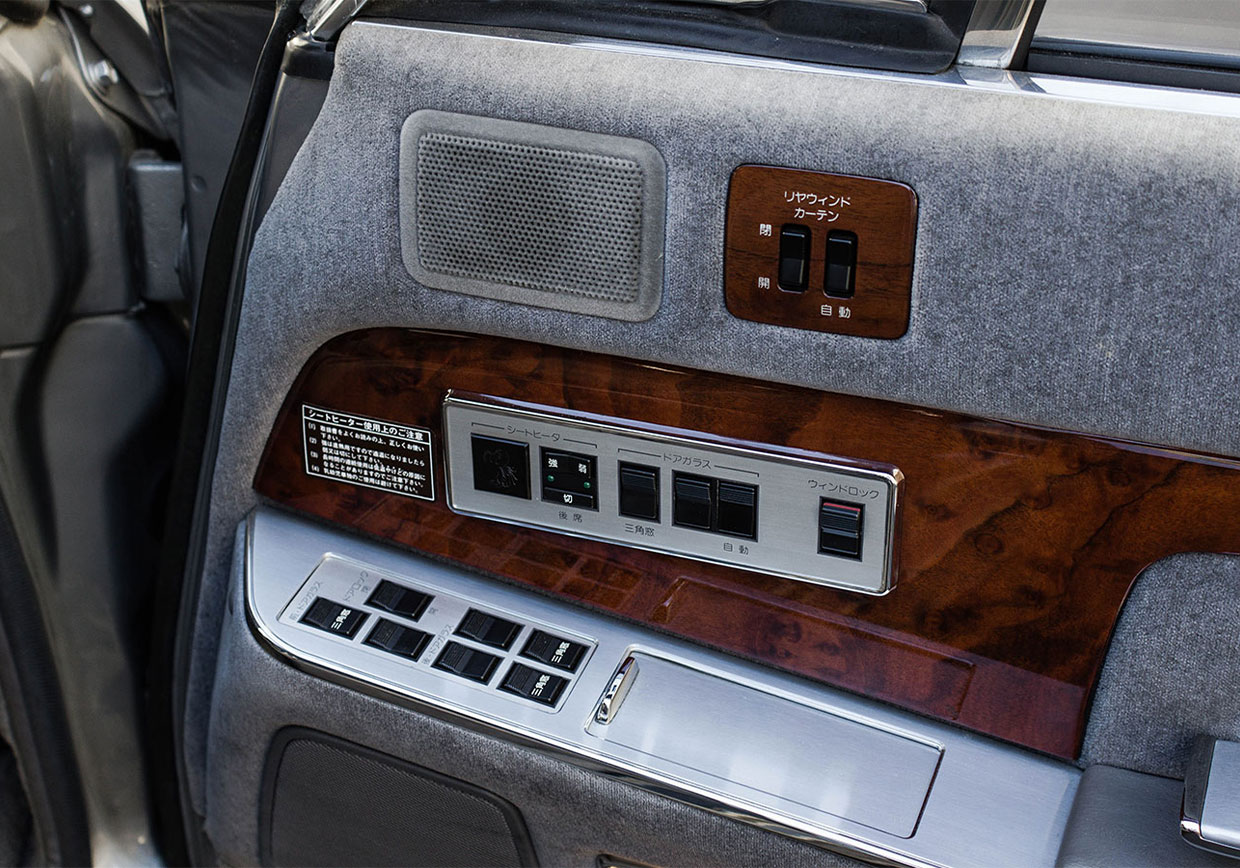 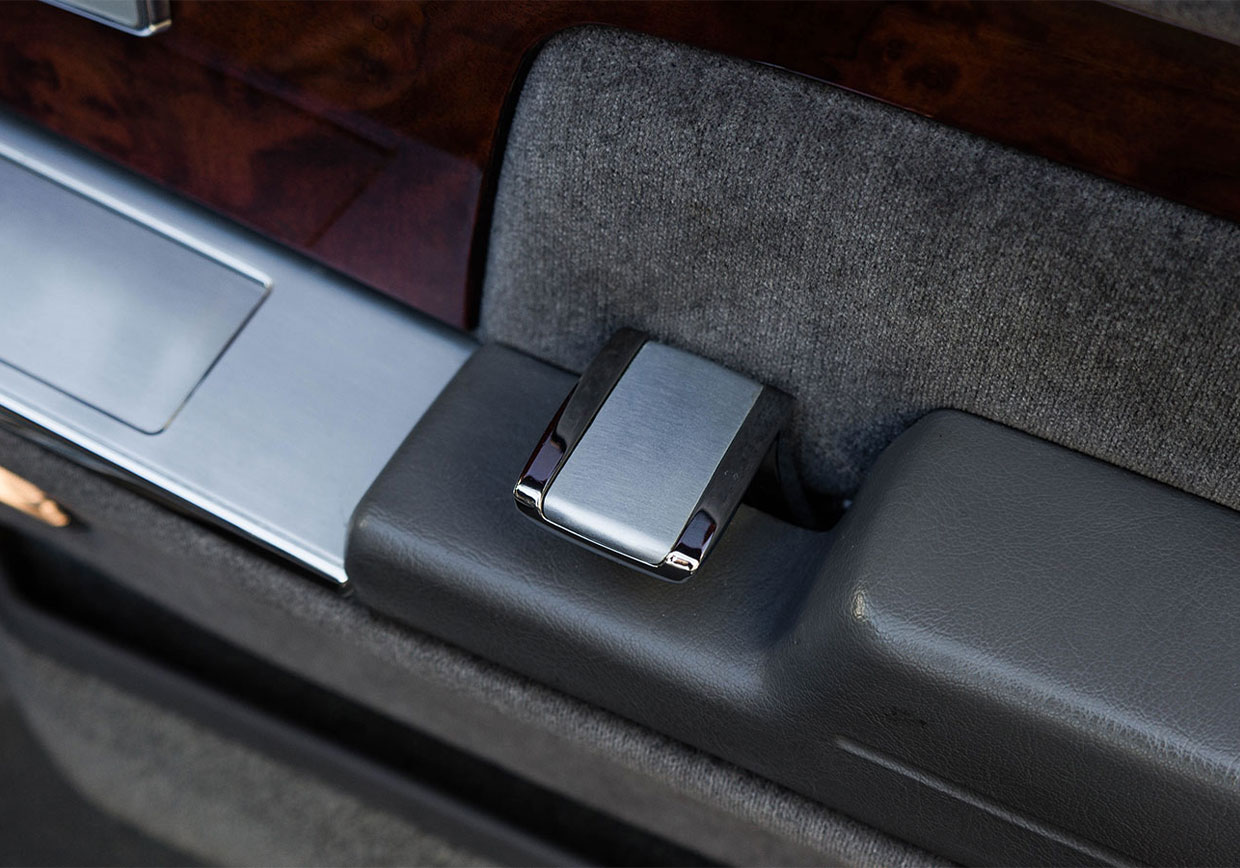 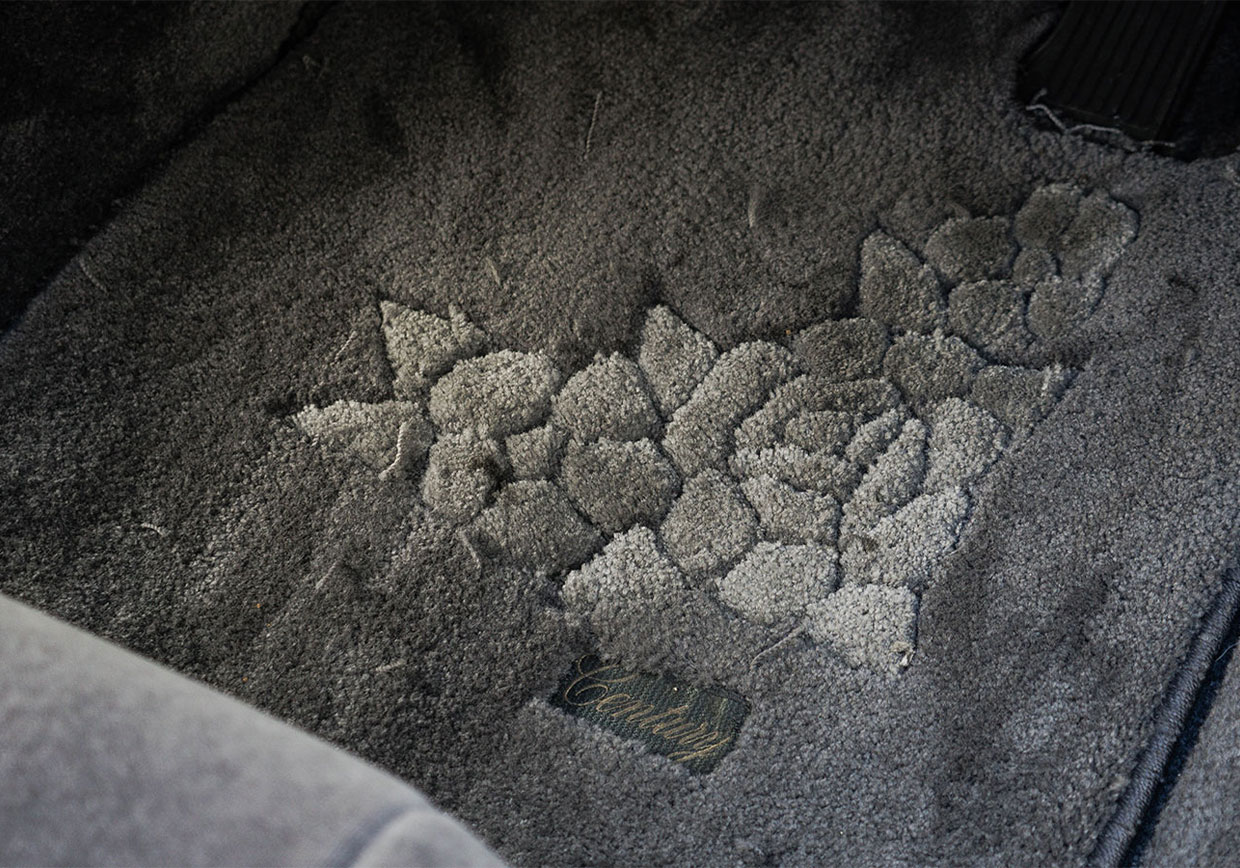 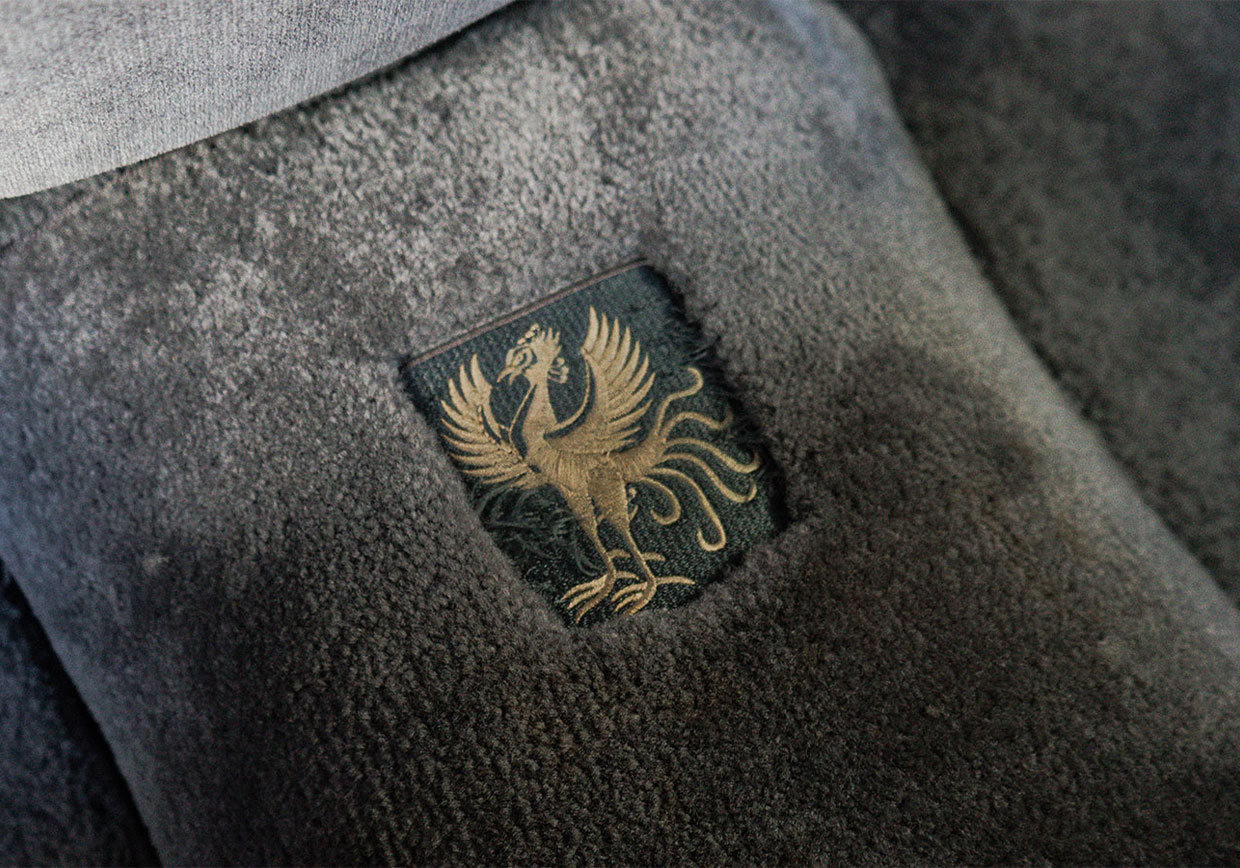 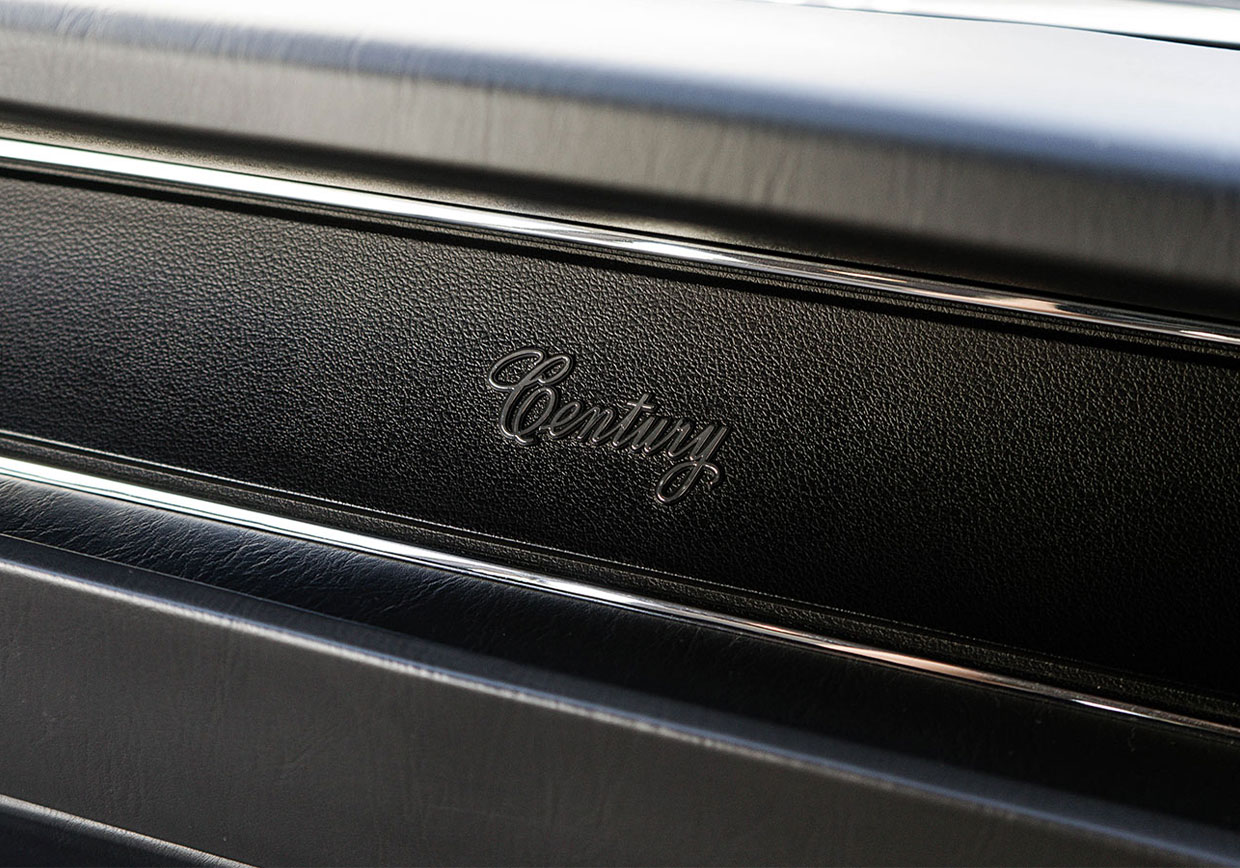 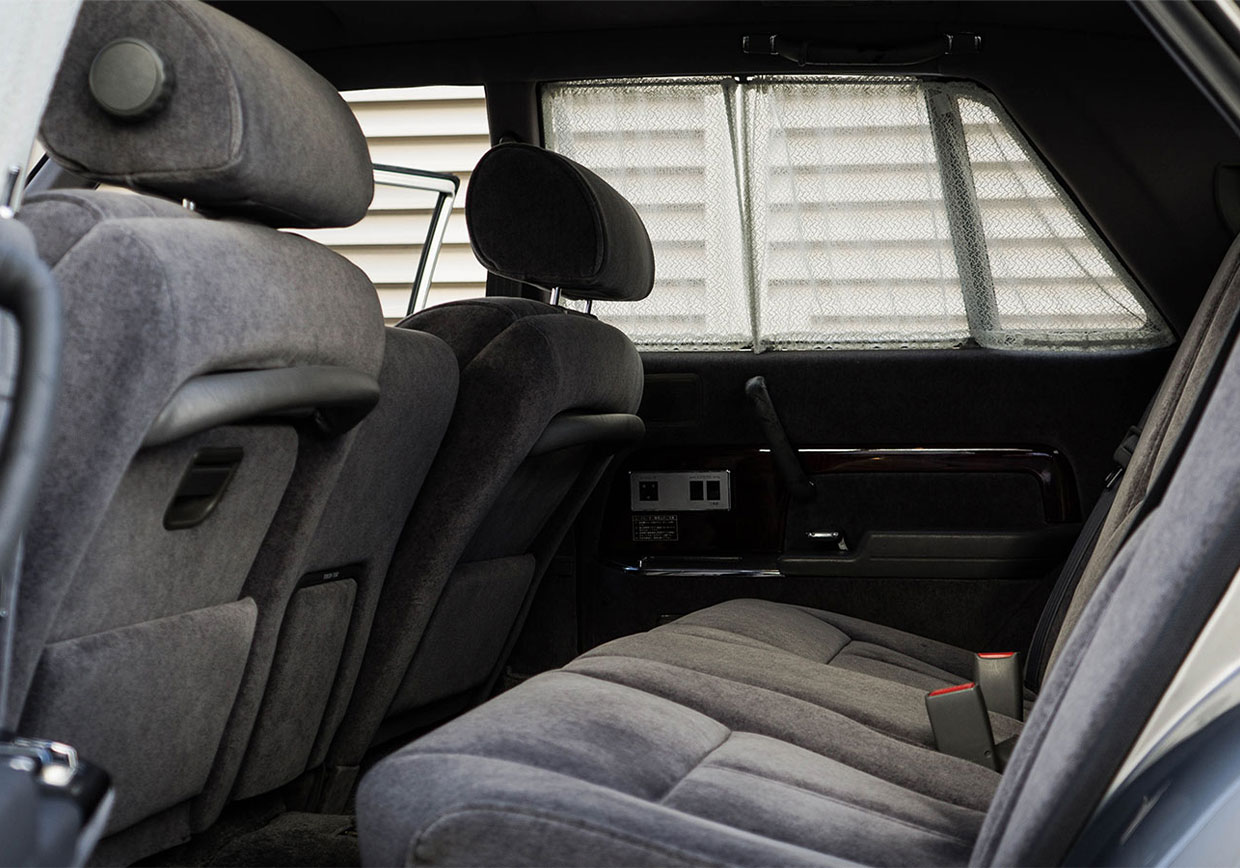 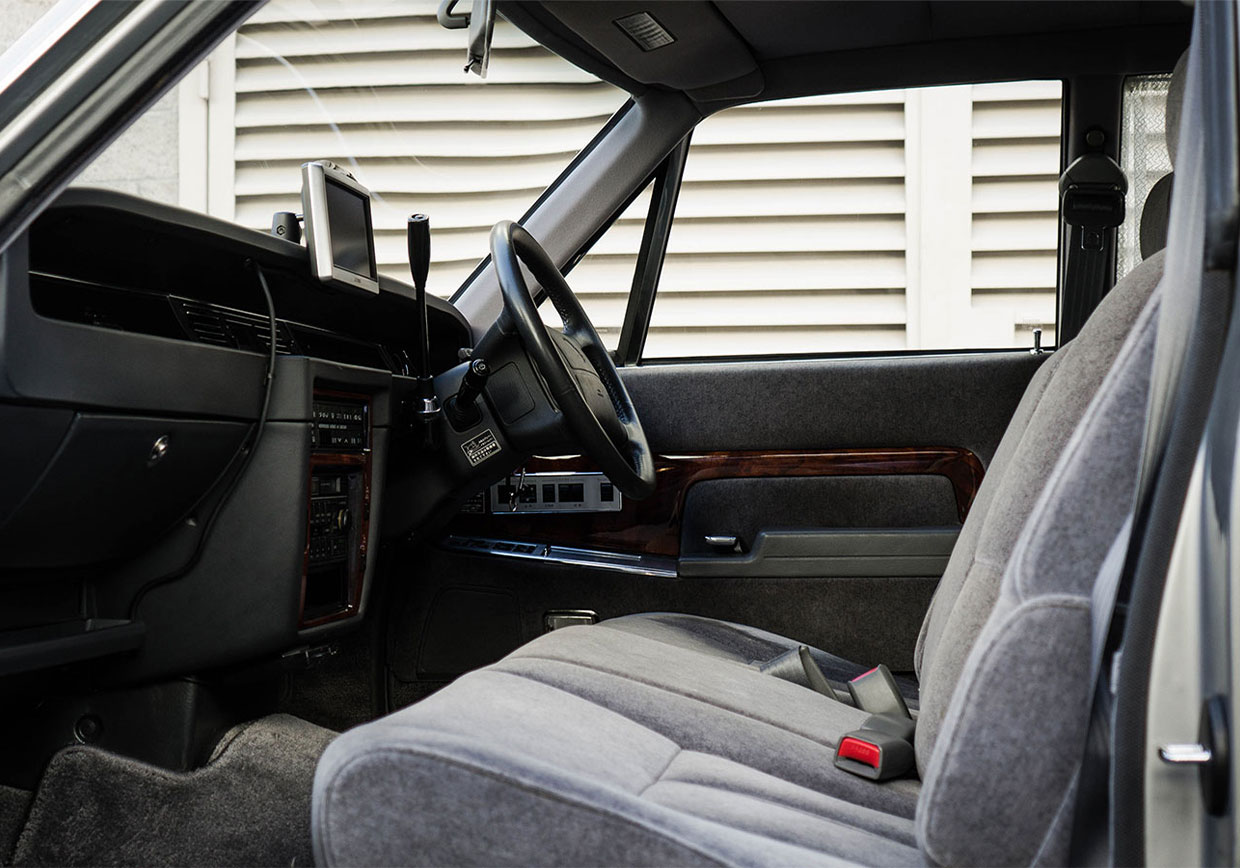 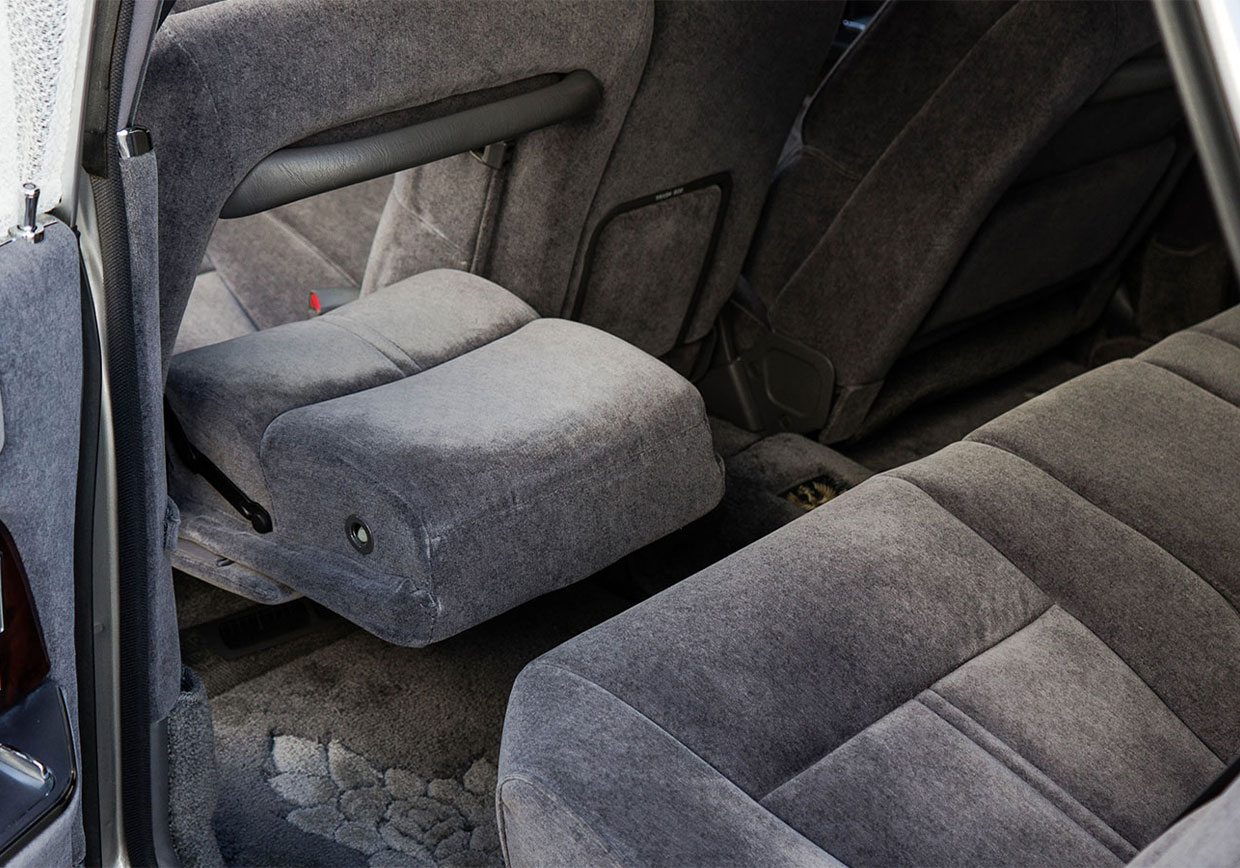 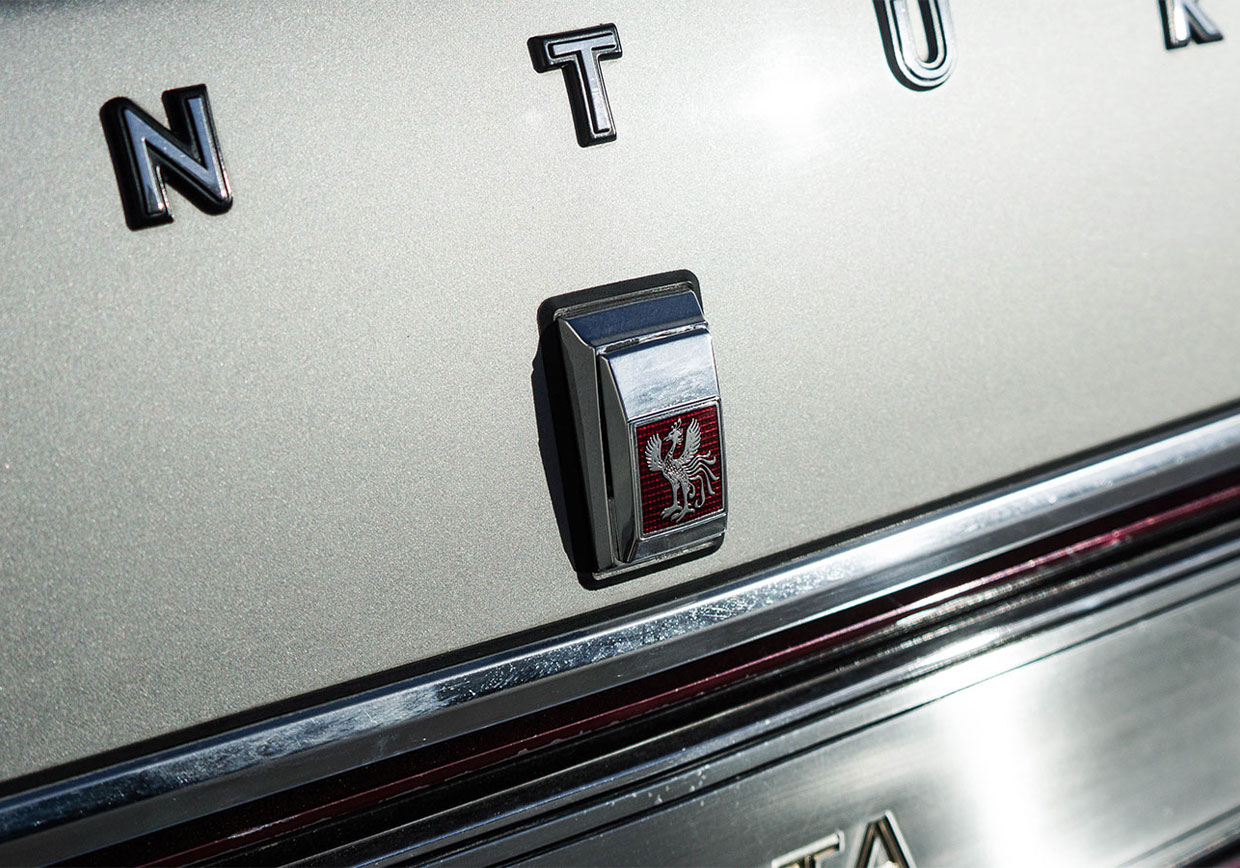 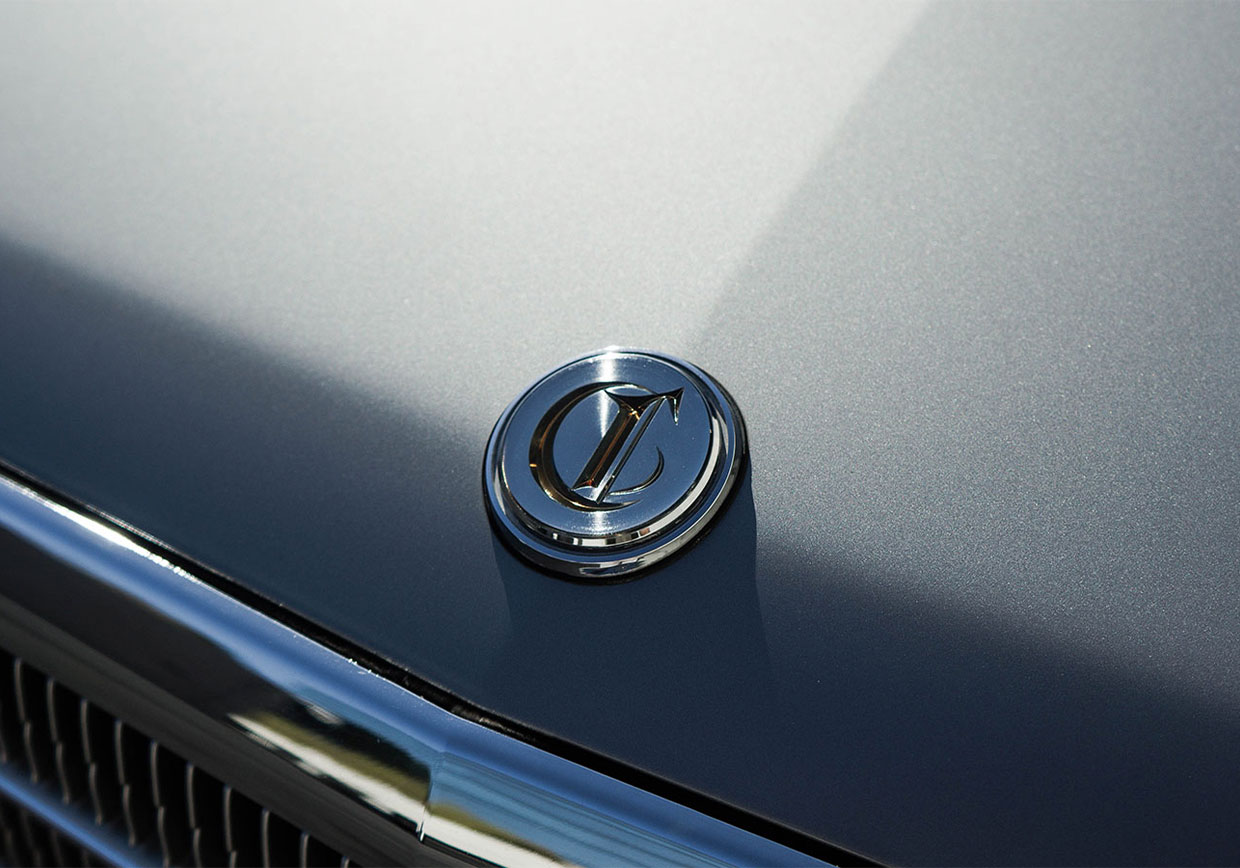 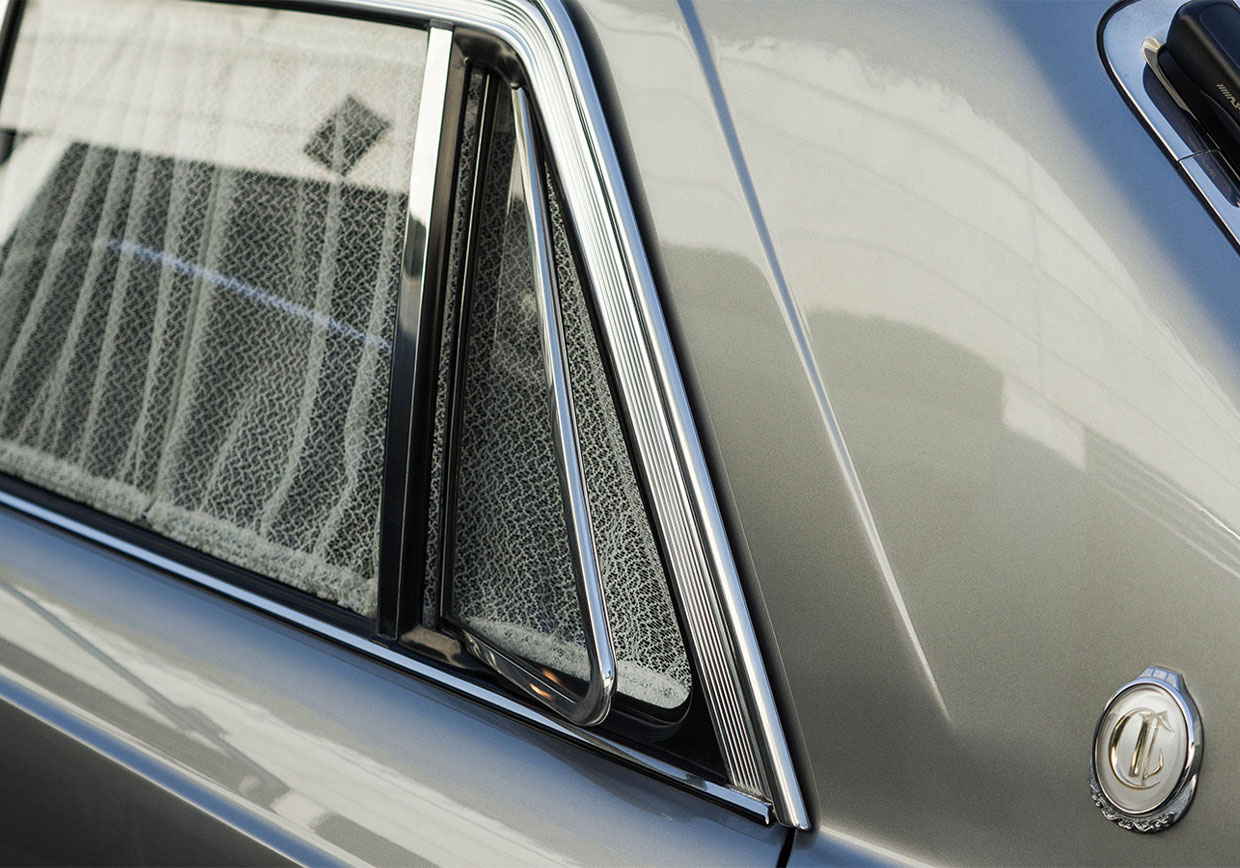 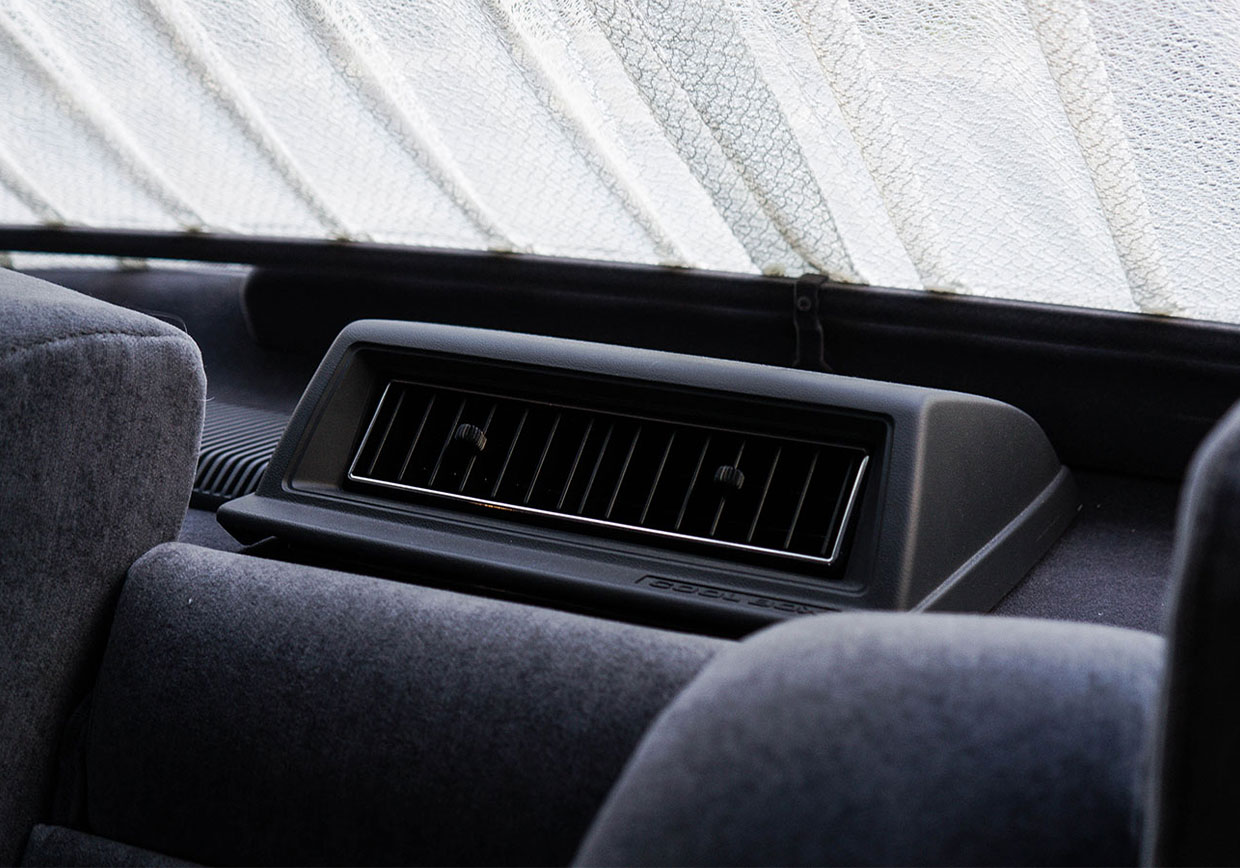